BUSINESS Guangdong's electricity consumption jumps by half amid Spring Festival, ignited by trade

Guangdong's electricity consumption jumps by half amid Spring Festival, ignited by trade 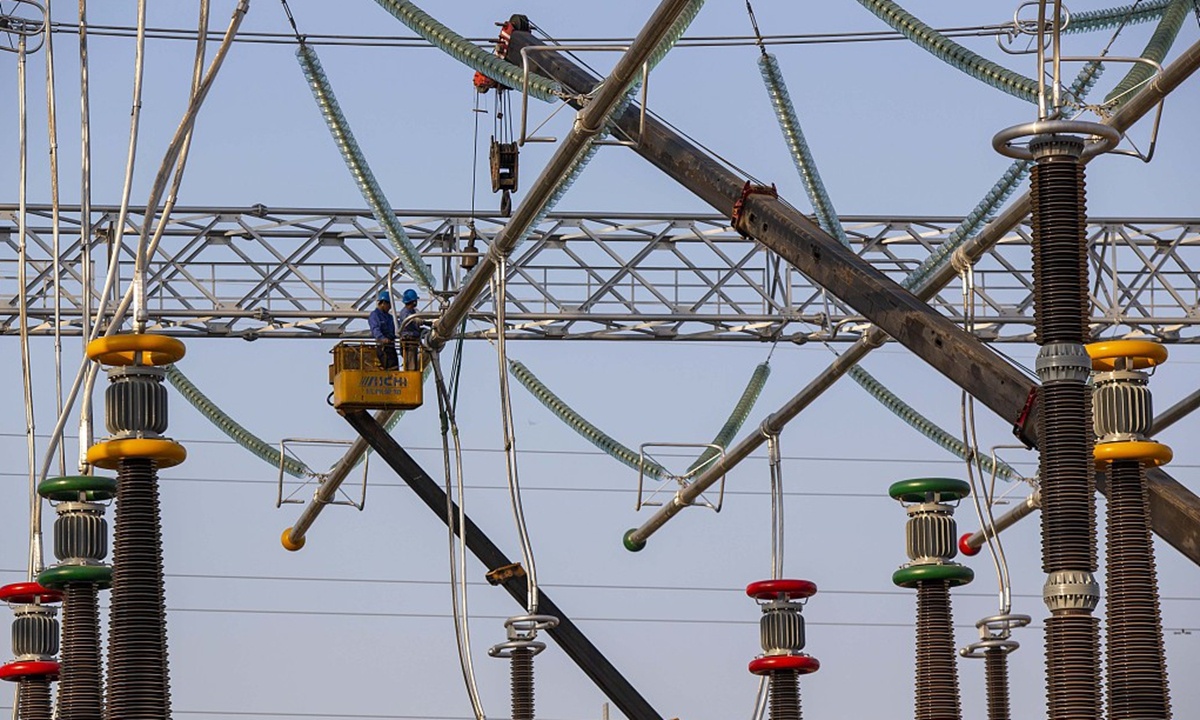 Experts said that the increase in consumption was driven by the stay-put policy that encouraged people to stay in place to reduce the risks of infection amid the travel rush and the continuous accelerated recovery of production of factories in the region.

During this year's Spring Festival holiday from February 11 to 17, Guangdong's electricity consumption saw a big growth, up by 55.71 percent year-on-year, according to China Southern Power Grid (SPG). Specifically, the electricity consumption in high-tech and equipment manufacturing industries saw particular rises in growth, jumping by 66.55 percent year-on-year, showcasing the strong demand for Chinese products ranging from LED lights to personal preventive equipment (PPE) when factories in many parts of the world were still disrupted by the outbreak.

An industry insider said that the rise in electricity consumption during the Spring Festival was within expectations because, unlike previous years, factories in Guangdong have taken on more orders abroad as the region saw a quick recovery from the epidemic fallout while factories in many other countries were still disrupted due to the ongoing outbreak.

Guangdong's import and export volume remained stable in 2020, accounting for 22 percent of the country's total, continuing to rank first in China. The export value of Guangdong increased by 0.2 percent in 2020, maintaining growth for four consecutive years, according to data released by the General Administration of Customs in January.

"Guangdong as the 'world's factory' has played its part in meeting the increase in orders and such a role has been further highlighted as more demand has come in and many factories worked extra hours during the holiday," Li Youhuan, a senior economist at the Guangdong Academy of Social Sciences, told the Global Times on Friday, noting that the stay-put policy and complete supply chain also made it possible for production activities to continue without disruptions from labor or supply shortages.

Several Guangdong-based factories that Global Times reporters reached on Friday said that they had not halted their production during the Chinese New Year to cope with the pile up in orders from clients both home and abroad.

Ruixinte Electronic, which manufactures LED screen parts and circuit boards in Dongguan, is one company that did not stop its production amid the Spring Festival, with some of staff working overtime to meet their orders, the Global Times learned.

"Orders have been arranged until the end of May, and the year-on-year growth in production in February is expected to be about 20 percent," Xu Changxuan, general manager of Ruixinte Electronic told the Global Times on Friday.

Cao Haoquan, president of Weini Technology Development based in Guangzhou, one of the top 10 mask makers in China, had a busy Spring Festival with many foreign orders to meet, mostly new orders for tens of millions of masks from the US market.

"Our mask-making production lines were running throughout the holiday without a break, and some of our workers also chose to stay put and work extra hours to make sure that production went smoothly," said Cao, noting that some orders often came quickly with a tight schedule to meet.

In 2020, Guangdong's exports of epidemic prevention materials reached 227.88 billion yuan ($35 billion), up 81.7 percent, and exports of computers and related parts and components increased by 9.2 percent, which together boosted the province's total exports by 2.9 percentage points, Shen Zhen Press Group reported.

With the holiday effect fading, the load of the whole network of SPG will gradually rise, and the maximum load of the Guangdong power grid is expected to break through 100 million kilowatts in the middle of March, media reports said.