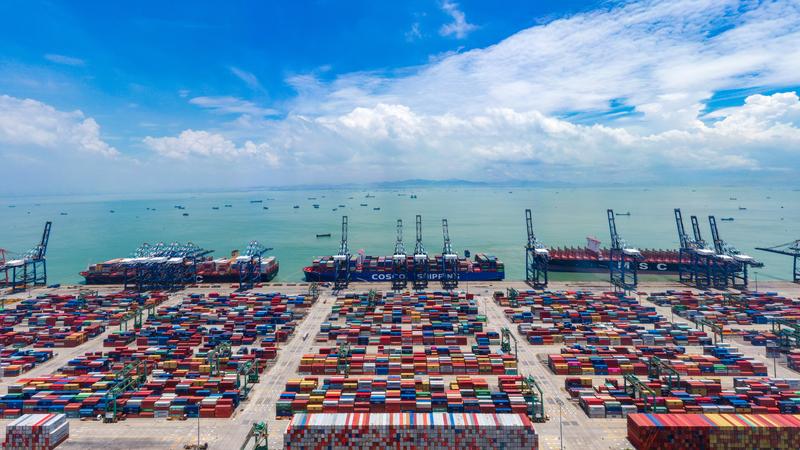 In the first quarter, Guangdong's imports and export to the Association of Southeast Asian Nations amounted to nearly 283.6 billion yuan, up 0.9 percent, accounting for 15.4 percent of the province's total foreign trade.

Guangdong's trade with the United States grew by 10 percent year-on-year to 225.2 billion yuan and trade with the European Union also increased during the period.

In the first three months of the year, Guangdong's exports of integrated circuits, automatic data processing equipment and its components, and electrical equipment increased by 16.9 percent, 9.1 percent, and 6.8 percent respectively. Over the same period, its exports of labor-intensive products rose 2.5 percent.

Guangdong's import of integrated circuits increased by 8 percent, accounting for 36.3 percent of the total import value. Imports of grain, crude oil and natural gas of the province also increased in the first quarter.