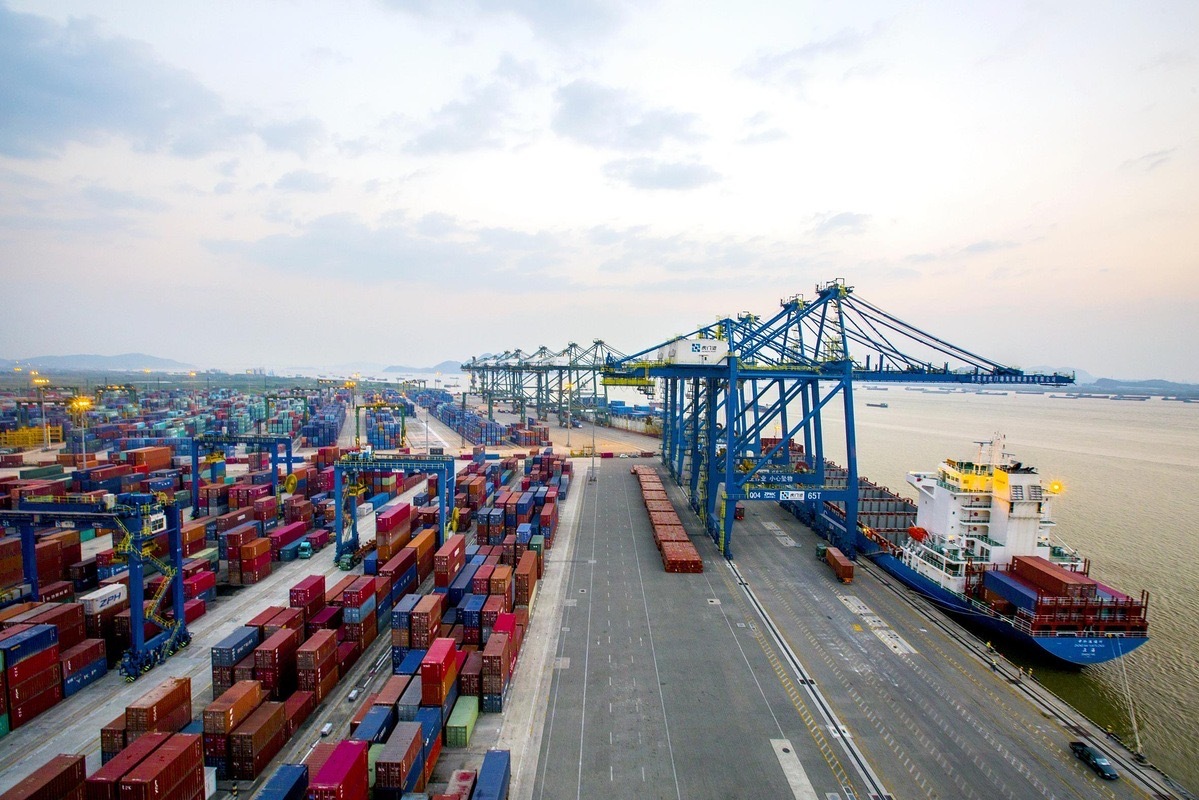 Dongguan in South China's Guangdong province is a busy port on the Pearl River. (Photo provided to chinadaily.com.cn)

Guangdong province, China's leader in foreign trade, had strong import and export growth in the first two months of this year thanks to measures introduced to prevent and control the spread of COVID-19, which allowed production to resume.

Guangdong Customs said in a written statement on Monday that the province recorded foreign trade volume of more than 1.18 trillion yuan ($181.54 billion) in the first two months, up year-on-year by 40.5 percent.

Guangdong's foreign trade with the United States and European Union saw year-on-year growth of 75.9 percent and 45 percent, respectively, in the two months, greatly contributing to Guangdong's strong foreign trade rebound from the pandemic, the statement said.

The Association of Southeast Asian Nations, the Hong Kong Special Administrative Region, the United States and European Union, as well as the island of Taiwan became the top five trading partners of Guangdong, which annually represents more than 22 percent of China's total foreign trade volume.

Guangdong's trade with Hong Kong and Taiwan increased by 44.9 percent and 32.6 percent, in the period.

Guangdong's foreign trade volume from the processing industry increased year-on-year by 46.1 percent to hit 628.16 billion yuan in past two months, accounting for 53 percent of the province's total, the statement said.

Foreign trade volume for private companies grew by 46.1 percent year-on-year since the beginning of this year.

Foreign trade volume from foreign-funded companies grew 35.8 percent in the first two months to reach 440.24 billion yuan, accounting for 37.2 percent of the province's total, while State-owned enterprises logged foreign trade volume of 61.76 billion yuan in January and February, up 25.1 percent year-on-year, which was 5.2 percent of the province's total.