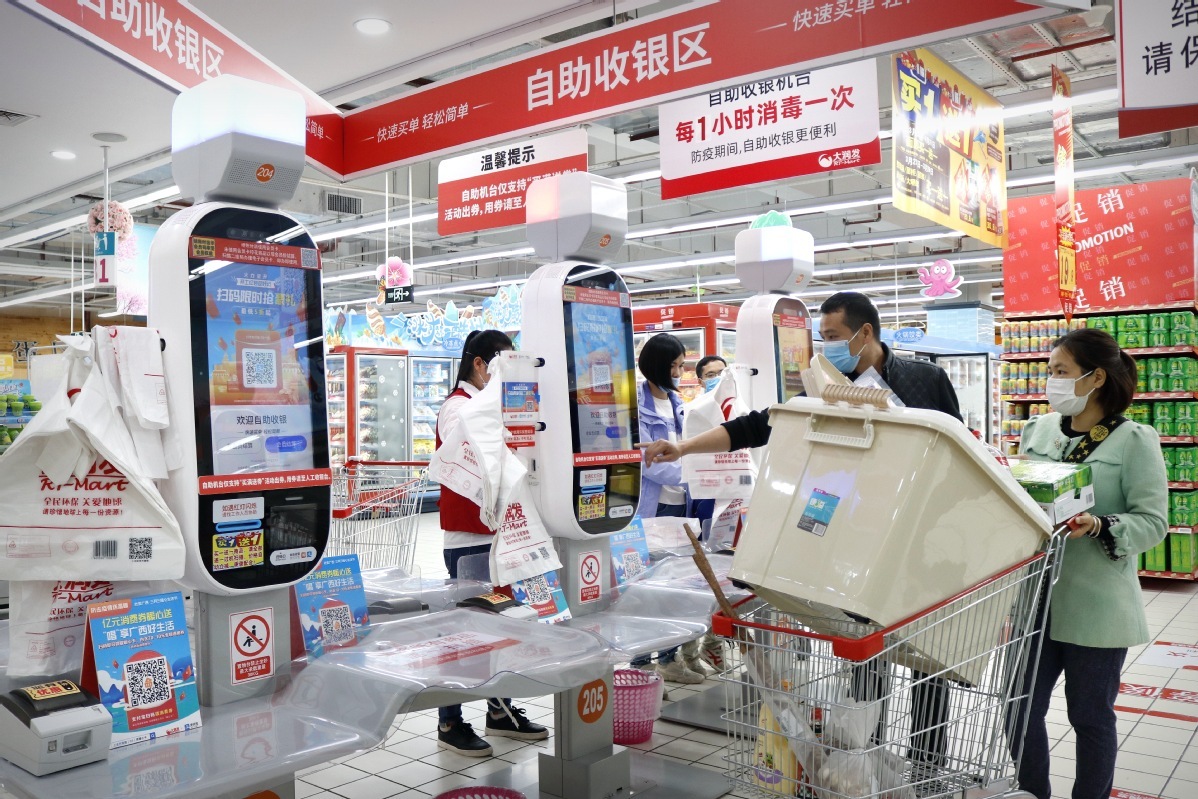 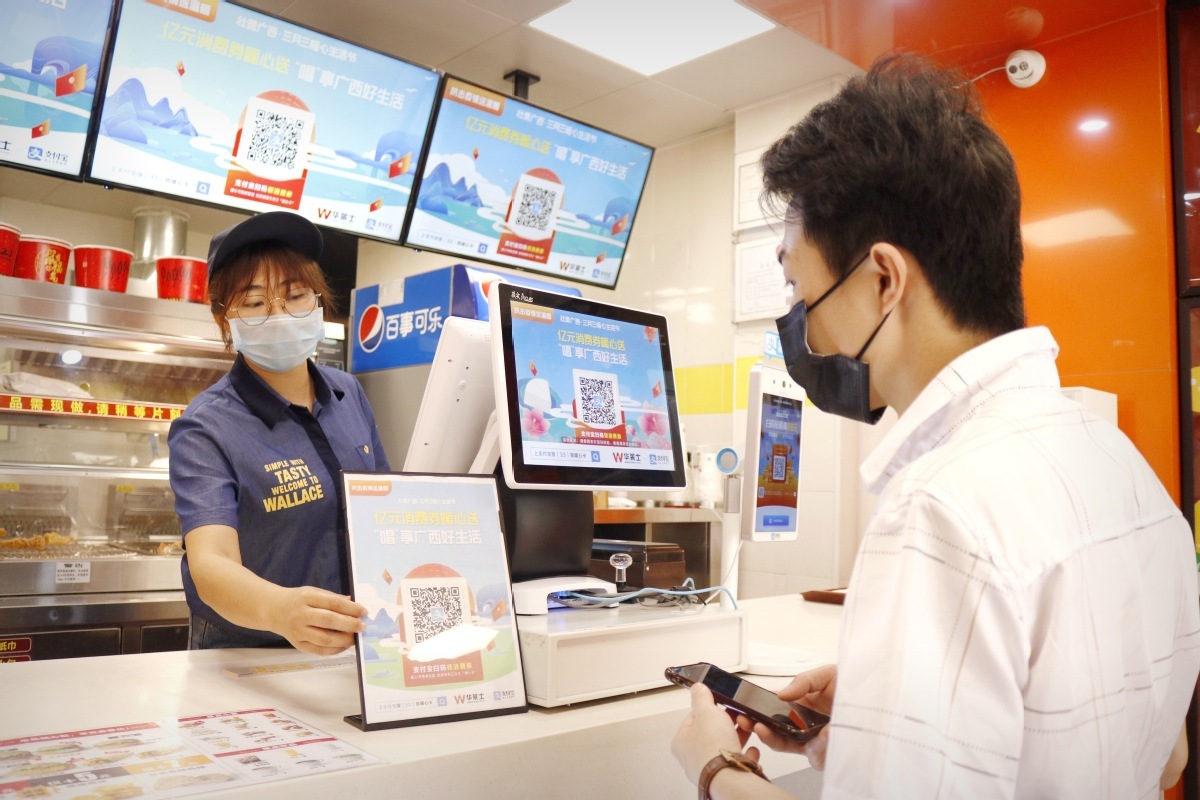 The consumer market is rebounding in the Guangxi Zhuang autonomous region after a series of measures to spur consumption were introduced in the recent weeks during a life festival organized by the regional government.

More than 540,000 companies in Guangxi participated in the festival to promote sales both online and offline. Consumer coupons designated for use in the festival were issued to help further spur consumption, local authorities said in a statement.

More than six million residents and tourists have received the consumption coupons since the festival began on March 26. It will last until May 26.

On Sunday, 300,000 coupons were snapped up in just four minutes after they were released online, the statement said.

"The enthusiastic participation of local residents and tourists indicates that local consumption is accelerating," it said.

As of Saturday, the region had reached an online trade volume of more than 31 billion yuan ($4.43 billion) through the Alipay platform during the festival. Daily volume has seen an increase of more than 40 percent compared with the early months of the year, when the country was hit by the coronavirus epidemic, the statement said.

In the automobile sector, more than 50,000 vehicles are expected to change hands during the festival, after a total subsidy valued at more than 100 million yuan ($14 million) is brought into play. Revenue from cars is expected to be more than 3 billion yuan.

"Now is the right time to buy a car because the car manufacturers are promoting sales and the government is providing subsidies," a resident said.

A series of food carnivals, concerts and cultural events organized during the festival have also played a role in spurring consumption in the region.

More than 200 tourist agencies, 500 scenic spots, 600 hotels and a variety of cultural and entertainment companies have also organized online promotions to attract tourists from home and abroad to tour Guangxi during the upcoming Labor Day holiday in May.