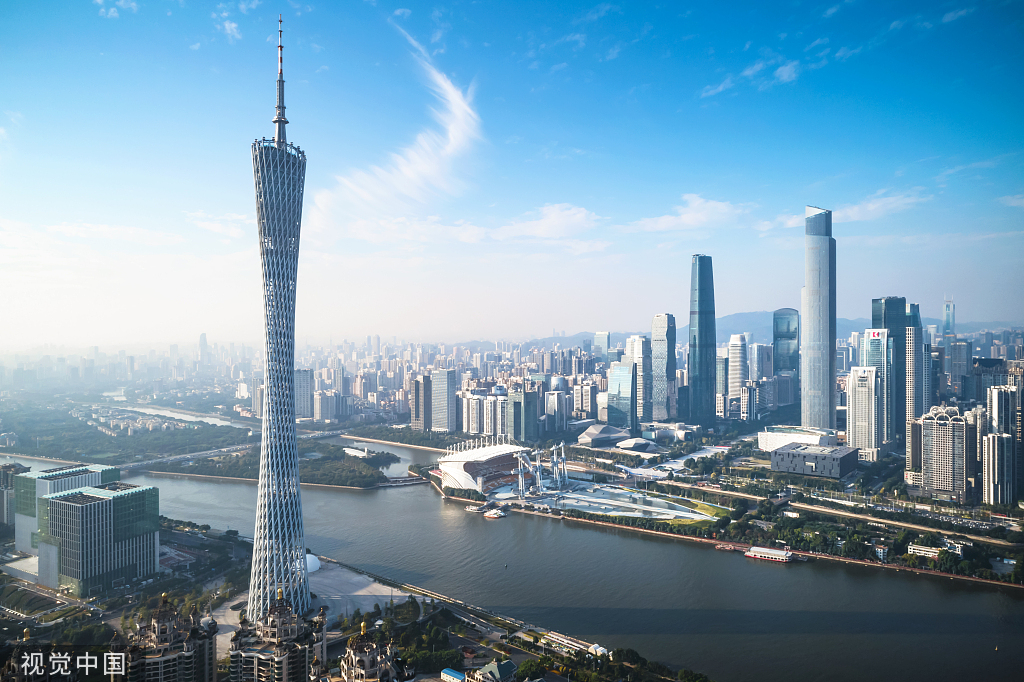 A view of Canton Tower in Guangzhou, Guangdong province. [Photo/VCG]

Guangzhou, capital of Guangdong province, is striving to build a center of wealth and asset management that features a close linkage with international markets, an official said on Friday.

Deng Xiaoyun, deputy head of the Guangzhou financial supervision bureau, said one of the bright spots of the city's implementation plan to build the center of wealth and asset management for the Guangdong-Hong Kong-Macao Greater Bay Area lies in strengthening rule alignments and industry exchanges with Hong Kong and other mature international markets.

The city will set up a Greater Bay Area international commercial bank, study to launch an "insurance connect" and encourage the establishment of wealth management joint ventures, Deng said while introducing the plan at the third IFF Greater Bay Conference organized by the International Finance Forum (IFF) on Friday.

In terms of spearheading cross-border finance, Guangzhou will facilitate the cross-border flows of capital, expand the trial of integrated cash pools of domestic and foreign currencies and promote the pilot of cross-border asset transfer, Deng said.

In particular, Nansha district of Guangzhou will build a cluster of cross-border wealth and asset management institutions, which will facilitate residents' wealth growth and promote the development of real economy industries, said Lin Shaoli, an official at the administration committee of the development zone of Nansha.