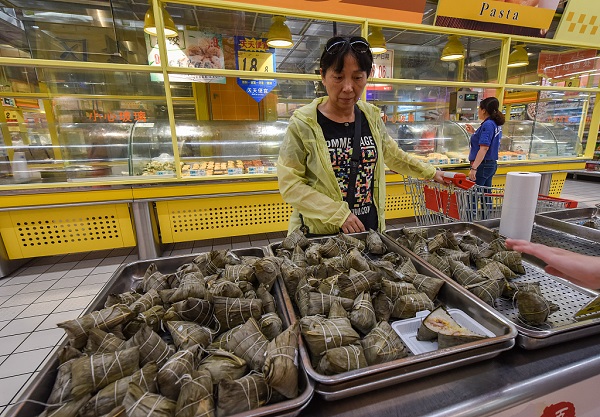 Since January, Guangzhou customs have registered 103 tonnes of exported sticky rice dumplings with a total value of 390,000 U.S. dollars, up 44.4 percent compared with the same period last year.

In addition to traditional flavors, the exported rice dumplings this year also includes those with osmanthus and purple sweet potatoes.

"We will continue to improve our products and have gained popularity among overseas customers from countries including Japan," said Li Xinshun, general manager of the Katolee Foods company in Foshan, Guangdong Province.

The major export destinations of the rice dumplings produced in Guangdong, include Japan, Canada, Malaysia, and Hong Kong and Macao.