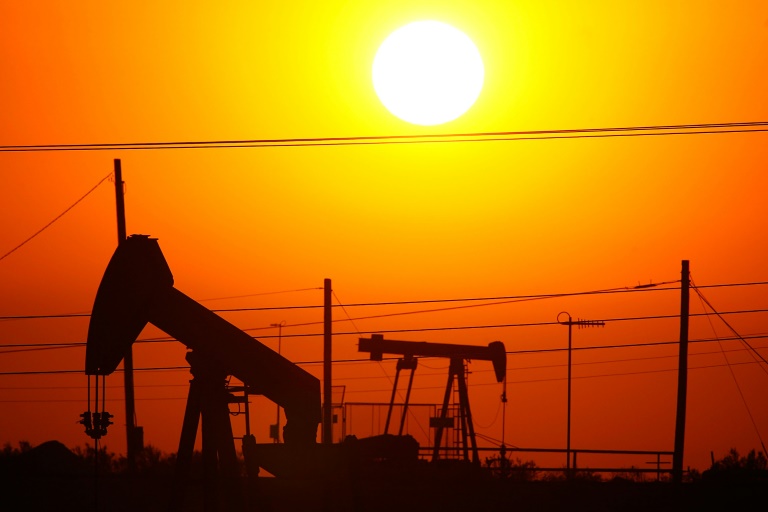 The outlook is bright for the oil industry, for now (Photo: AFP)

The world's top energy companies booked enormous profits last year thanks to higher oil prices and keeping a tight lid on spending, even if that risked limiting their medium-term production capacity.

They all boosted their bottom line, with some hitting levels not seen since a plunge in crude prices from their perch above $100 per barrel in 2014.

Higher oil prices didn't hurt, of course, although the fourth quarter was marked by strong volatility.

But that's not the whole story.

The supermajors have also maintained the financial discipline -- cost-cutting and reducing investments -- that they adopted following the 2014 crash in crude prices.

They tightened their belts enough to become profitable even when oil prices were low. And when crude prices rise again, their profits surge.

"Total's job is to be profitable and to lower the break-even point no matter what the price of oil is," said chief executive Patrick Pouyanne this past week.

"We're going to maintain discipline, there's volatility" in the market, he added.

The rollercoaster that crude prices have been on in recent months, due in large part to geopolitical uncertainty as the United States and China face off in trade dispute with major repercussions for the global economy, means that the supermajors can't rest on their laurels.

BP chief Bob Dudley expects, like his fellow oil chiefs, oil prices "to remain volatile, with many uncertainties, including how markets respond to evolving sentiment around ongoing trade discussions" as well as a crisis situation in Venezuela.

The investments will thus remain limited.

While investments in exploration and production rose seven percent last year to $382 billion, according to IFP Energies Nouvelles research group, they are still 40 percent below their 2014 peak.

Moreover, they remain concentrated in North America where they are targeted at exploiting shale oil and gas.

The oil services sector -- made up of firms contracted to carry out lots of the exploration and production work -- were hit hard as the supermajors cut back and tightened financial discipline.

While the number of tenders for work has increased, the "market recovery is slow", said Gael Bodenes, chief executive of Bourbon which offers marine services for offshore oil and gas projects.

But this restraint in investment also poses a risk over the medium term as oil installations need regular injections of cash to continue producing and new ones need to be brought online to replace fields that are exhausted.

"Each year the world needs to replace 3 million barrels per day of supply lost from mature fields while also meeting robust demand growth. That is the equivalent of replacing one North Sea each year," the International Energy Agency warned.

While some supermajors are still increasing production, sometimes considerably, that is the result of investments launched years ago, not of a recent effort.

The long lead time to build new oil and gas installations means the effects of low investment now may not be felt in terms of supply shortfalls for several years.

"This industry has invested little for four years", since the collapse of crude prices, said Total chief Pouyanne.

"One day we'll see that the capacity not launched risks being missed on the market" if US shale production fails to fill the gap.