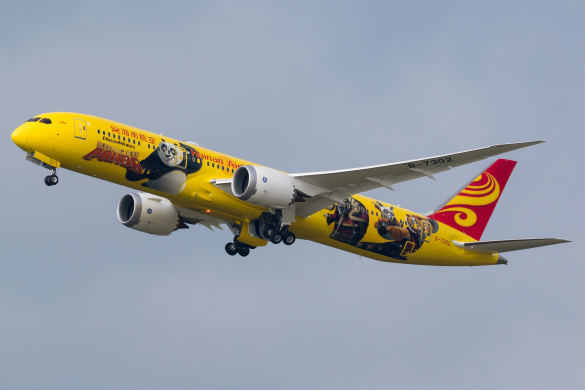 Services to Chongqing commence on October 21 and to Chengdu on October 27 from JFK's Terminal 4. Each route will operate twice weekly on Hainan Airline's fleet of Boeing 787 Dreamliner aircraft. With a capacity for over 60,000 passengers per year, it is the only non-stop service offered between New York City and China's rapidly growing Sichuan province. The Longest Air Route. Chongqing=NYC will be the farthest distance China-US direct flight of any Airlines by a Boeing 787– about 7573 miles.

Sun Jianfeng, Hainan Airlines President said, "We're excited to be offering the only non-stop flights between the US East Coast and the major cities of Chengdu and Chongqing.  These new services represent the 13th and 14th non-stop trans-Pacific routes, following our West Coast launch earlier in the year. The opening of the new route is expected to significantly enhance exchanges and collaborations concerning culture, the economy, and politics between the two countries and to further improve both Chengdu and Chongqing's status as key global economic centers."