The first China International Consumer Products Expo (Hainan Expo) kicked off in Haikou, capital of south China's island province of Hainan on May 7, attracting over 2,500 brands from 69 countries and regions. 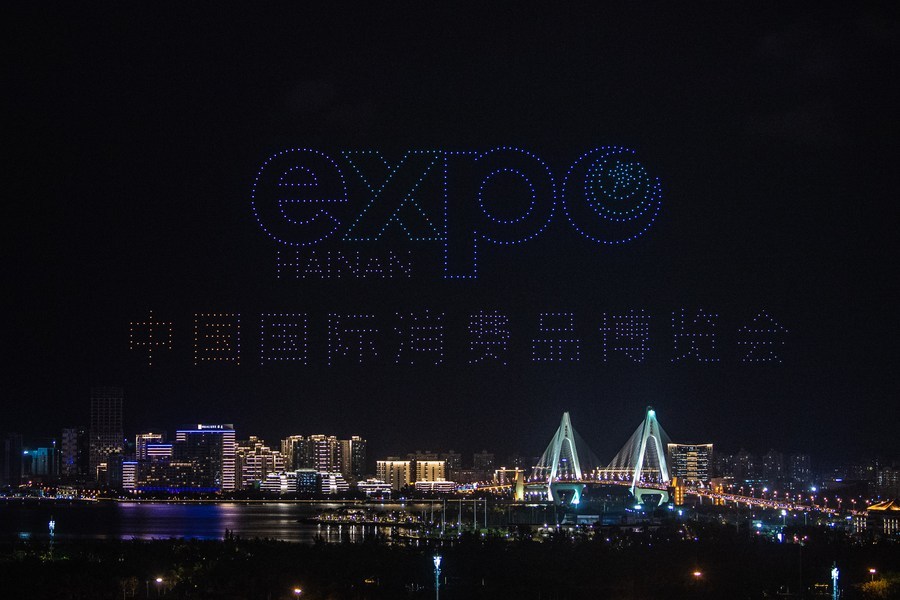 The grand four-day event heralds a new future of prosperity to be jointly fostered by China and the rest of the world, and injects a new impetus into the global economic recovery amid the ongoing COVID-19 pandemic.

The Hainan Expo, the largest of its kind in the Asia-Pacific region, is a solemn promise made by China to further expand its opening up to the world.

When attending a gathering celebrating the 30th anniversary of the founding of Hainan province and the Hainan Special Economic Zone three years ago, Chinese President Xi Jinping, who is also general secretary of the Communist Party of China (CPC) Central Committee announced the CPC Central Committee’s decision to support Hainan in developing the whole island into a pilot free trade zone, gradually exploring and steadily promoting the establishment of a free trade port with Chinese characteristics, and promulgating policies and institutional systems for the free trade port’s step by step development in stages.

Last June, the CPC Central Committee and the State Council jointly issued a master plan, aiming to build Hainan into an international tourism consumption center and proposing to hold the Hainan Expo for the first time.

Daniel Battiston is chairman of the board for the Swiss company BAMOA GmbH. He is currently in quarantine in Shanghai and checks out the daily agenda for the Hainan Expo everyday online. Due to the COVID-19 pandemic, the man is not able to make it to the expo himself, even though he booked the earliest flight possible to make his way to the event. However, the difficult circumstances never caused him to waver in his determination to travel to China.

The Chinese consumer market is on a robust growth trajectory and the country’s large number of consumers have a strong demand for high-quality products, Battiston said, adding that China, which is more open today, offers massive opportunities for foreign businesses.

He expects to showcase Swiss mineral water, honey wine and other featured products in the Chinese market by way of the Hainan Expo.

Though impacted by COVID-19, large numbers of foreign enterprises are continuing to rush into the Chinese market just like BAMOA GmbH has done, reflecting China's firm resolution to continue expanding its opening up, which in turn has provided these firms with a strong sense of confidence. Almost all exhibitors have brought their flagship products to Hainan, which indicates the momentum and great potential of China's ongoing consumption upgrading.

"The introduction of high-quality products from overseas can make up for the insufficient domestic supply of high-end products, which serves as a carrier for domestic economic circulation, while the connectivity between domestic and overseas markets will also facilitate the flow of commodities, services and other factors, so as to promote both domestic and international circulation," Wang explained.

The Hainan Expo has a total exhibition area of 80,000 square meters, including 60,000 square meters for international exhibitors. Ranging from garments to cosmetics, and from jewelry items to yachts, over 100 commodities are expected to debut at the event. All told, it is estimated that the expo will witness a total of more than 200,000 visitors.

The appeal of the expo demonstrates the positive results of the Hainan free trade port's opening up policies, as well as its efforts to improve the business environment, said Fabrice Megarbane, president of the North Asia Zone for L'Oréal and CEO of L'Oréal China. The cosmetics giant has already attended the CIIE for three consecutive years. The Hainan Expo will provide a means to further tap into China's consumption potential, he added.

Bernardino Regazzoni, ambassador of Switzerland to China told People's Daily that the Hainan Expo is an important milestone that marks a big step forward for the construction of the Hainan free trade port and an acceleration in the pace of China's integration into the global economic system. The expo will also provide the perfect opportunity for Switzerland to showcase "made-in-Switzerland" products, the ambassador said.

The expo not only creates new opportunities for foreign products to enter the Chinese market, but also expands sales channels for both domestic and foreign products, which helps facilitate supply-side structural reform in the consumption market, while further enhancing the supply of high-quality products and advancing upgrades to domestic consumption, said Shen Danyang, executive vice governor of Hainan province.