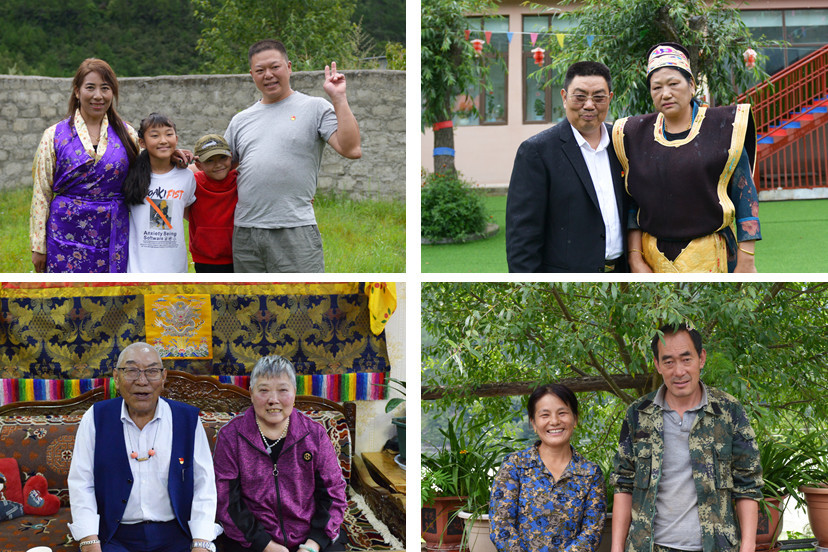 During the 70 years of history after the peaceful liberation of Tibet in 1951, ethnic equality and unity have always been cornerstones for the region's rapid economic development.

As reform and opening-up deepens, the physical and emotional ties between Tibetans and people in the rest of China become closer, with frequent business interactions and a growing number of mixed communities.

Official statistics showed that more than 40 ethnic minorities live in the Tibet autonomous region, and Tibetan inhabitants account for over 90 percent of the total 3.64 million population.

Nowadays, families consisting of members of different ethnic backgrounds are quite common in Tibet.

Four couples tell their stories of Han-Tibetan intermarriage – a great demonstration of ethnic unity in this new era of development. 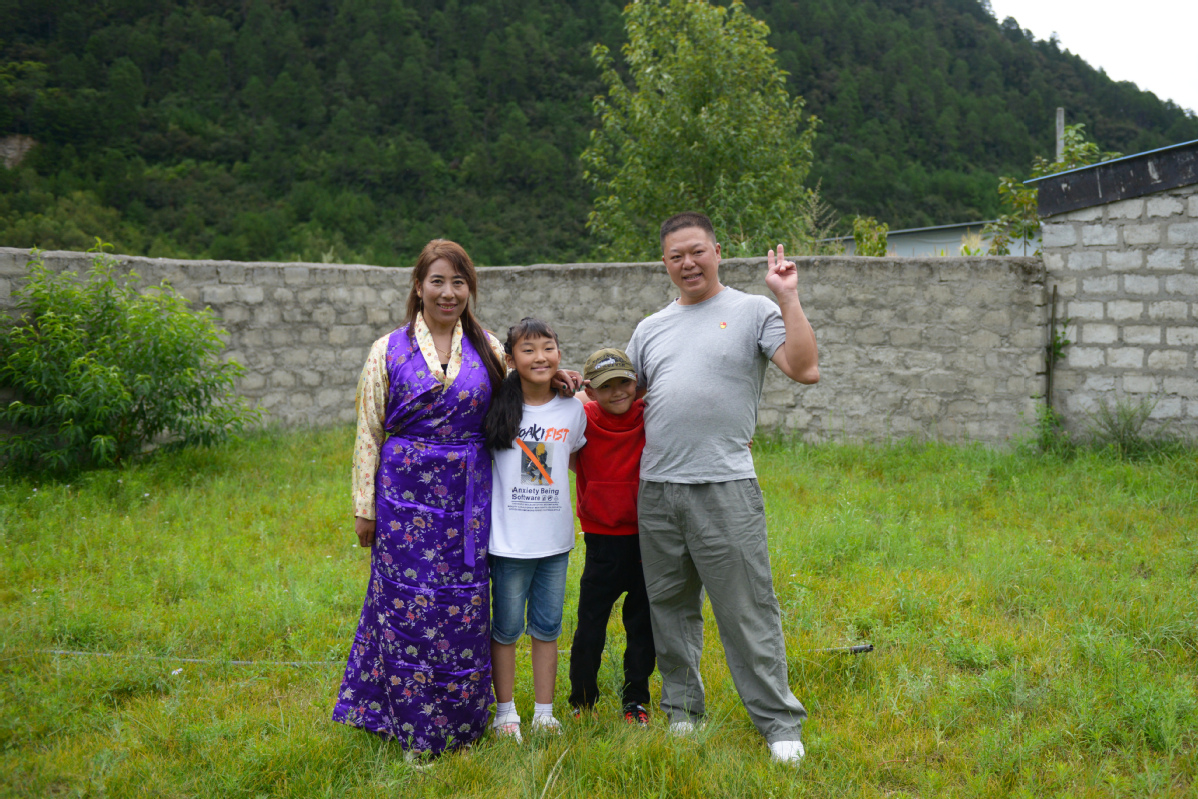 In 2004, when Zhou Jingming from Leshan, Sichuan province went to Yigong in Tibet to earn a living, a local woman named Nyima Lhamo who was running a small shop in the village caught his eye.

Although interested in Zhou as well, Nyima Lhamo was afraid to love again, still stung by the memory of her previous marriage, an arranged one which had left her feeling unhappy and trapped.

After spending time together over three years, the two tied the knot in 2012, and have been managing a restaurant together since then.

A year ago, the couple also set up a new hotel with ten guestrooms, offering Tibetan-style homestay experiences to tourists who come to Bomi.

As Zhou was elected as a deputy to the National People's Congress in the township this year, he has a responsibility for local rural revitalization, and will devote himself to increasing the income of rural residents and diversifying the town's business models, he said. 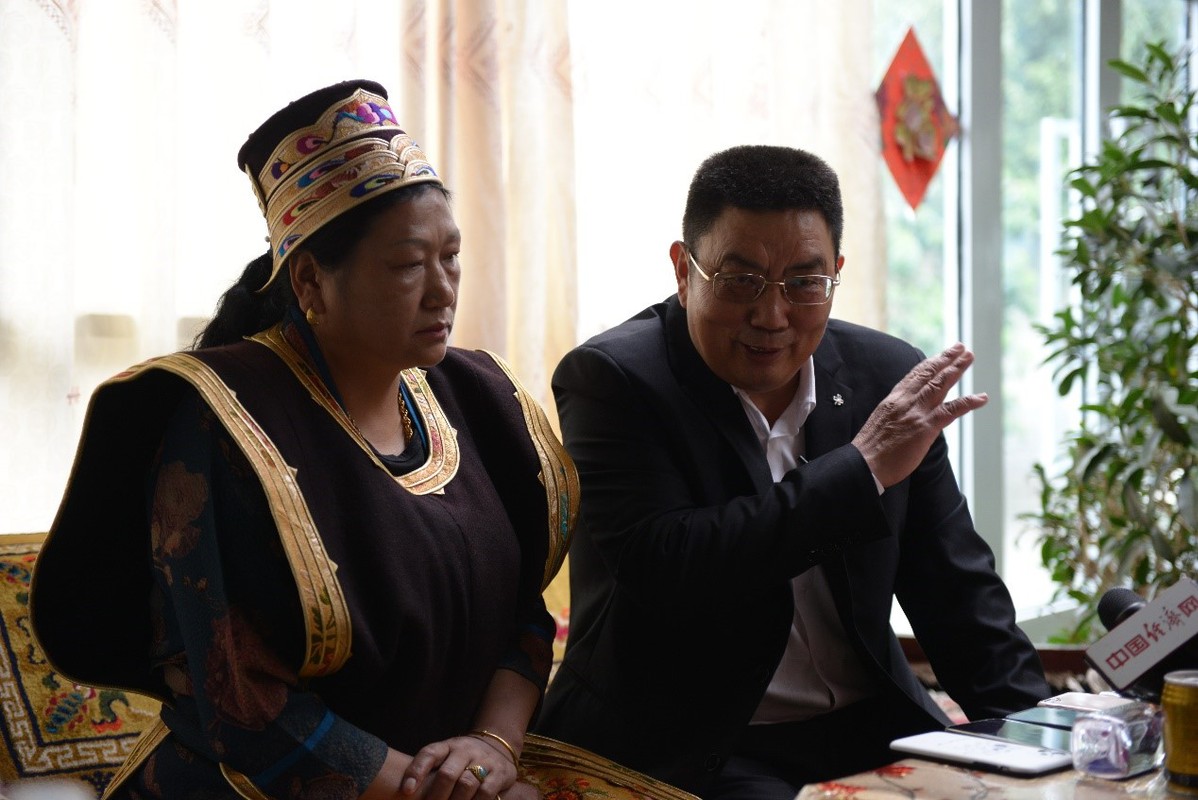 Wei Rongjian, born in Nanchong, Sichuan province, had been managing a private martial arts school before coming to Tibet in 1989. After falling in love with the Tibetan woman Chaguo, he settled down in Zhongguo village, Nyingchi city.

Wei devoted himself to revitalizing countryside education and set up a nonprofit school in 1996, offering local children a window to explore the outside world.

In 2003, Wei invested about 2.6 million yuan ($401,120) to establish the first kindergarten in Zhongguo village, with both Tibetan and Chinese language courses opened to students.

"Although I am over 60 years old, my wife and I still work over 10 hours a day with the school's affairs," said Wei. "My mission lies in providing modern and urban education resources for students in rural areas." 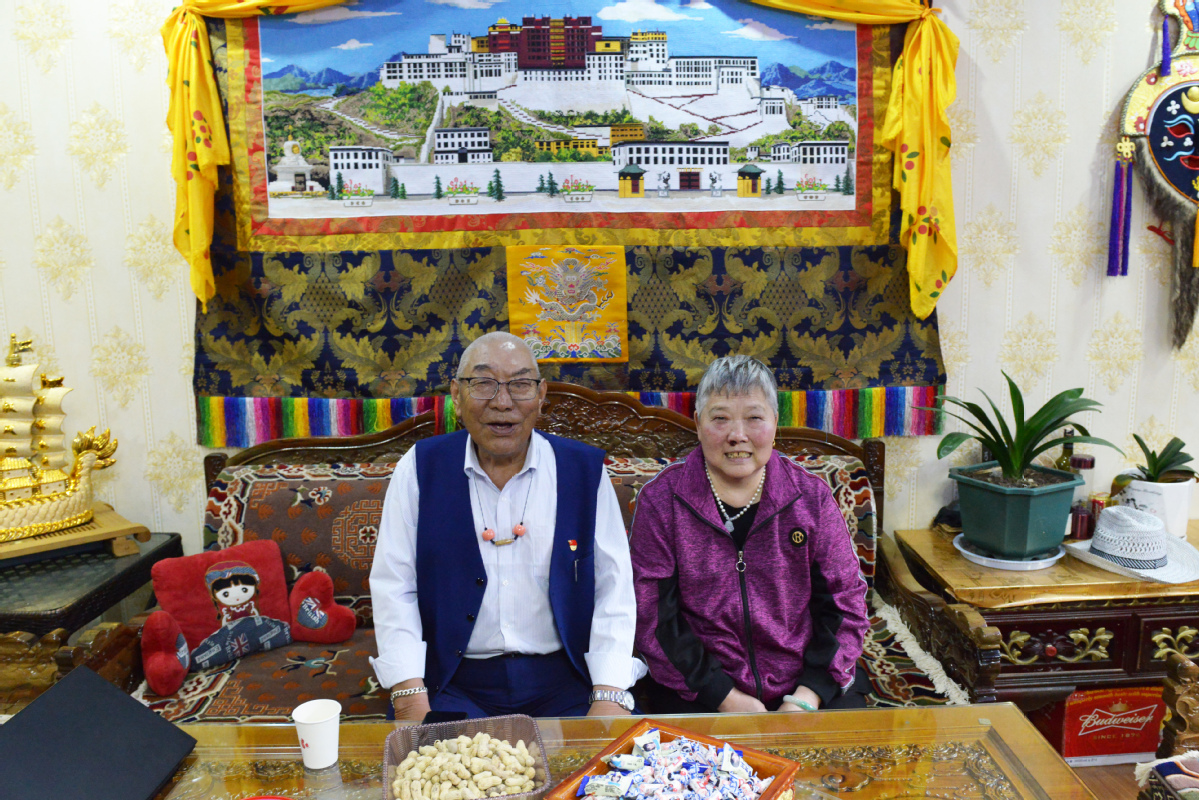 The Sichuan-Tibet highway, with a length of 2,142 kilometers, begins in Chengdu of Sichuan province and ends at Lhasa in Tibet autonomous region.

Opening on Dec 25, 1954, the road has built up not only economic ties between two regions, but also a love story lasting over four decades.

Jamyang Choephel, a car mechanic born in Bomi county, had been traveling with the trucking team transporting goods and materials from Sichuan to Tibet since the mid-1960s.

He met Du Yingfang, a Chengdu woman, via a mutual friend, and the two got married in 1976.

"At first, all of my friends were curious why I married a Han woman, because intermarriage between different ethnic groups was quite rare at that time," Jamyang Choephel said.

Despite the misunderstandings of others, the couple live a simple but happy life for over 45 years and have two kids, who are already grown, with their own jobs and families.

"It used to take over seven days from Chengdu to Bomi by car, on a very bumpy and muddy road," said Jamyang Choephel.

As the central and local governments invested heavily in improving the highway's traffic capacity and safety, almost all of the sections on the road have been widened and asphalted.

"Every year we will go back to Chengdu to celebrate the Spring Festival, by plane or by car. It's more convenient than before!" Du said. 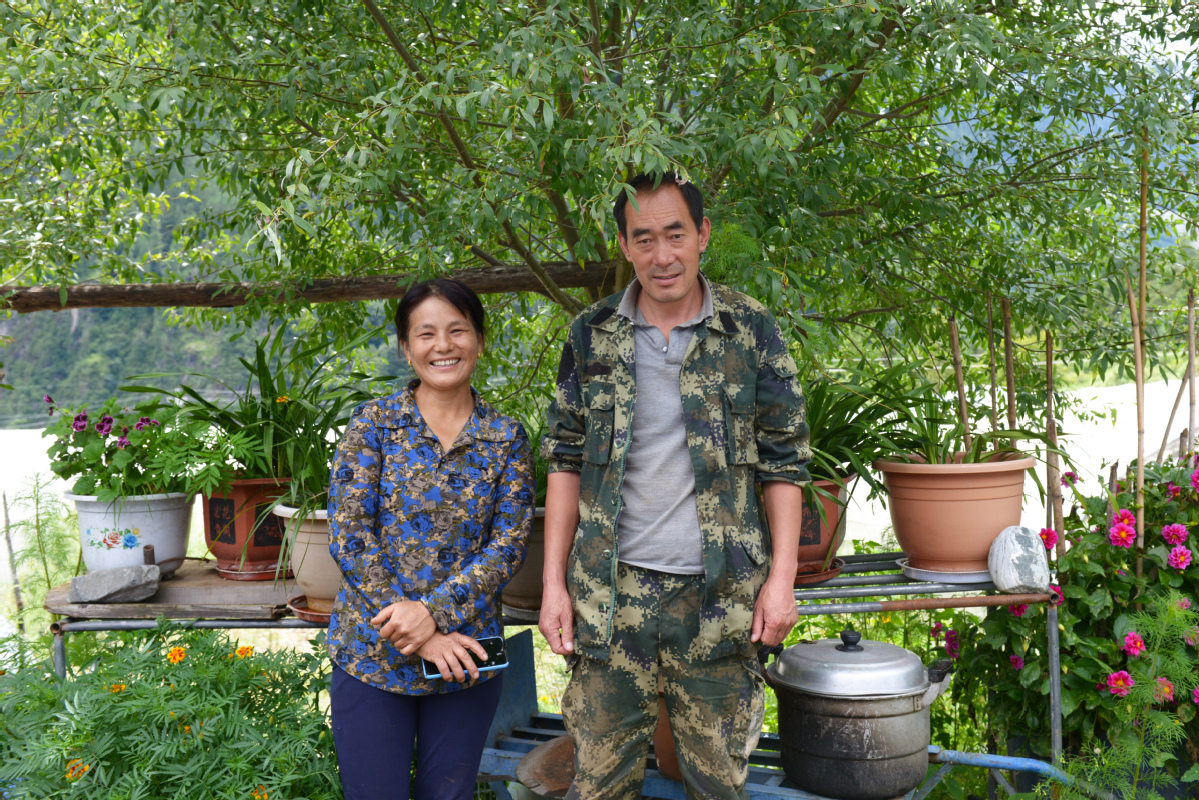 Mumu, a Tibetan woman, and Yan Shiquan, a Han man, now manage 12 greenhouses of vegetables, and a pig farm with around 300 livestock in Layue village, Lulang town.

Married for 27 years, the couple had dabbled in many business ventures, and started to earn a good living three years ago through farming as well as raising livestock.

With little experience at the start, Mumu and Yan had to learn from scratch all the necessary agricultural techniques.

"Nowadays, watermelons, tomatoes, corn and pigs are sold to surrounding villages and even nearby districts," Mumu said. "This has generated revenue of over 400,000 yuan last year, and the figure is expected to reach 500,000 yuan in 2021."