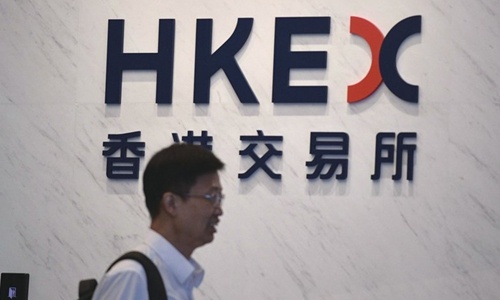 Hong Kong's Hang Seng Index jumped 2.41 percent on Monday, closing above the 30,000-point level for the first time since May 2019, with Tencent, NetEase and Hong Kong Exchanges and Clearing (HKEX) all hitting fresh highs.

The Hang Seng Index opened 0.78 percent higher at 29,677.3 points and quickly extended gains to test the 30,000-point level, its second attempt after surpassing 30,000 points intraday on Thursday when the benchmark passed the milestone level for the first time since May 2019.

Tencent soared 10.93 percent to close at a new record of HK$766.5 ($98.88), with its total market capitalization passing HK$7.4 trillion. That exceeded the combined market value of six major mainland banks including Industrial and Commercial Bank of China, Agricultural Bank of China, Bank of China and China Construction Bank.

Share of HKEX, the operator of the Hong Kong bourse, rose above HK$550 to a record level.

The HKEX announced on Friday the inclusion of eligible mainland shares listed on the STAR Market in Shanghai into the stock connect linking the Shanghai and Hong Kong markets, effective February 1.

The recent rally in the Hong Kong market has been underpinned by mainland investors' growing risk appetite for premium stocks, especially mainland-origin technology and new-energy giants they are familiar with.

Net inflows of funds into the Hong Kong market through southbound trading under the stock connects between the Hong Kong and mainland stock markets have continued to accrue over the past few weeks.

It has been proved and will remain the case that the national security legislation for Hong Kong was positive for maintaining Hong Kong's sound business environment, and for consolidating and strengthening the city's role as an international financial, trade and shipping hub, Foreign Ministry spokesperson Zhao Lijian said on Monday.

Industrial and commercial businesspeople are welcome, as always, to continue their development in the city and reap bigger successes, the spokesman said.

Speaking at the 14th Asian Financial Forum last week, HKEX Chairperson Laura Cha Shih May-lung said that "I have heard people in Silicon Valley say that Hong Kong now is a credible alternative to NASDAQ," according to media reports.

Tencent-backed video-sharing platform Kuaishou has passed a hearing for a planned listing in Hong Kong, the bourse operator disclosed in mid-January.

"Hong Kong's role as an international financial center connecting the mainland ... and the rest of the world will be more relevant than ever, despite significant market volatility around the globe," Cha said.