Since the coronavirus was reported to be found on chopping boards used for imported salmon at the Xinfadi market in Beijing on June 12, salmon and other raw seafood items became the target of fear over the past month. 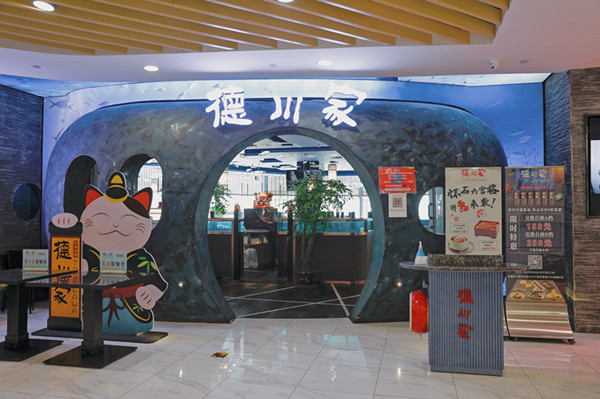 In response to the impact of the pandemic, a Japanese restaurant in Beijing launched a new type of buffet without any raw food and lowered the price to attract customs. (Photo: China.org.cn)

Although this round of outbreak in Beijing was quickly brought under control within a month, for Japanese restaurants, the economic damage had already been done and their business will need time to rebound.

"It is indeed another heavy blow for us. We saw our business gradually getting back on track in May when the takings resumed to 80~85% of the pre-pandemic level," Wei Wenlong said, who is the marketing director of Tokugawa, a chain of Japanese restaurants in Beijing. "Due to this latest outbreak at Xinfadi market, our sales have dipped by 50%~60%."

Like other Japanese restaurants across Beijing, Tokugawa promptly removed salmon and other raw food from their shelves, although it emphasized that its fresh seafood was purchased directly from suppliers and safety was guaranteed.

"Our purchased seafood products have been checked by quarantine personnel, and every batch of goods has been certified. But now even some suppliers have temporarily stopped this part of their business," Wei said. "Purchases take much longer time due to the strict regulations but the shelf life of seafood is short."

"Most of our consumers are avoiding it anyway."

Zeng Lingbing, a researcher at the Chinese Academy of Fishery Sciences, pointed out that the outbreak drastically affected the entire industry chain of salmon, import trade, and the catering industry, which would likely have to face an economic cost of over 10 billion yuan.

In response to the impact of the pandemic, the Tokugawa restaurant launched a new type of buffet without any raw food and lowered the price from 218/318 yuanto 158/258 yuan per person.

"We didn't lay off any employees and managed to reduce costs by letting them work in shifts," Wei said.

It also put out statements on social media and outside of the restaurant to assure the customers that all the ingredients and food have been tested and proven to be safe; all employees' nucleic acid tests were negative; and the restaurant had been sanitized every day.

Talking about when the business can rebound to the pre-pandemic level, Wei noted that COVID-19 has a chain reaction effect on all aspects of the industry and more time may be needed.

"Due to the pandemic, consumers also suffer from income losses and their buying power and spending habits may also be altered. There is still uncertainty about whether people will consume more following the end of the outbreak," Wei noted.

In addition, he expressed the hope that the government would introduce supportive measures to alleviate consumers' fears and help the service industry past its difficulties sooner.