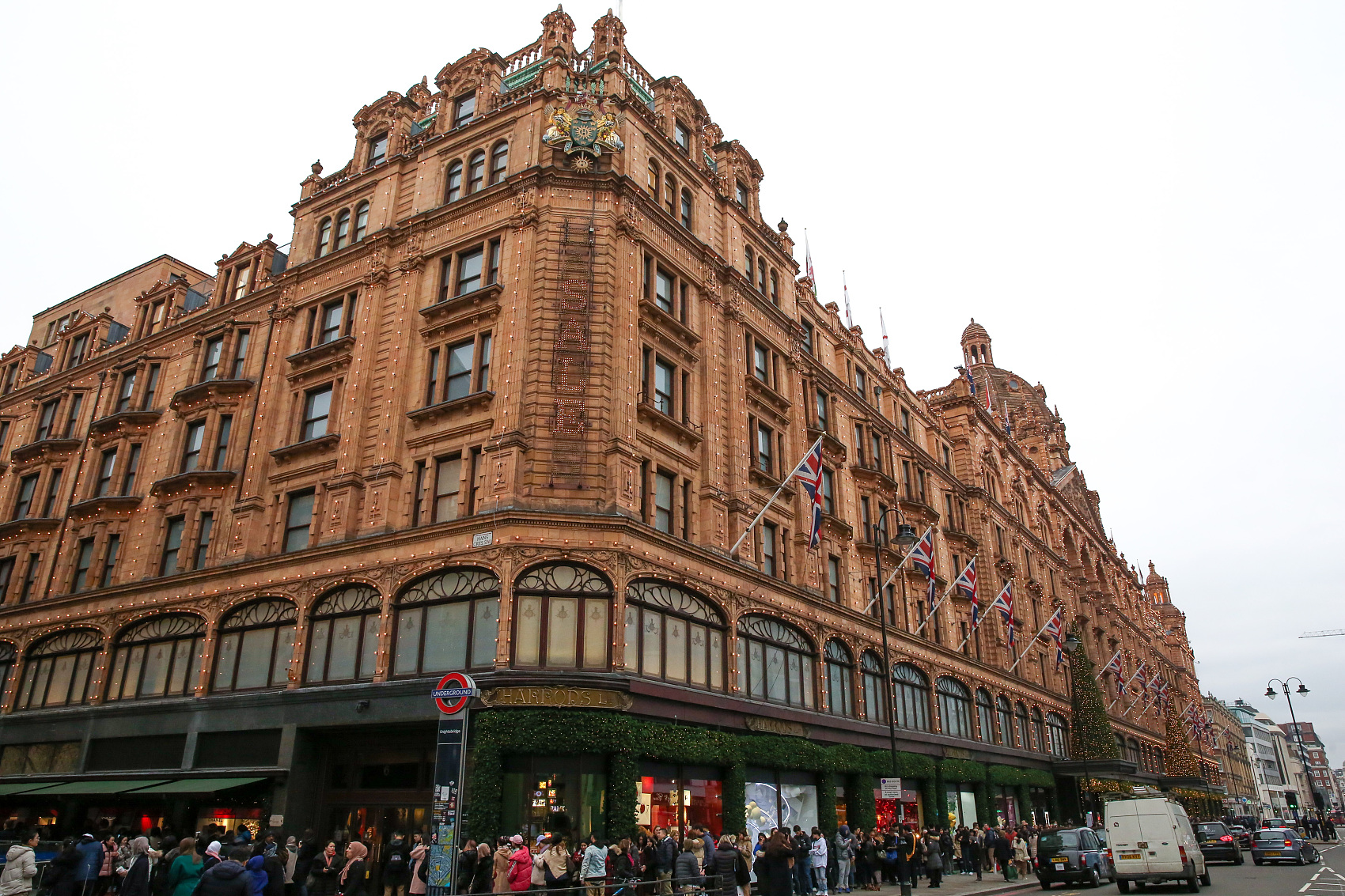 Shoppers are seen queuing outside the luxury department store Harrods in Knightsbridge for the Boxing Day sales on December 26, 2018. (File photo: CFP)

The store, to be located in the Pudong New Area of Shanghai, will aim to offer personal shopping services to China's high-end customers, according to Ward.

"The Chinese market has a growing level of wealth and the younger generation is going to be really big spenders in luxury in the future," said Ward on the sidelines of the Shanghai Fashion Week that concluded Friday.

"We want to make sure we engage at a very early stage so we need a permanent residence in China," Ward added. "If it works, we'll go to other cities in China."

During the fashion extravaganza, Harrods organized a live-streaming event where industry leaders and insiders held discussions on topics, such as the future of luxury, how luxury can lead to sustainability and the global influence of Chinese designers.

"We are here supporting Shanghai Fashion Week because it will eventually start to lead world fashion," Ward said.

In July, Harrods opened its first discount outlet in London to spur sales amid the coronavirus epidemic.

"During the COVID-19 outbreak, it has been a difficult time for the industry. We have to adapt very quickly," said Ward.