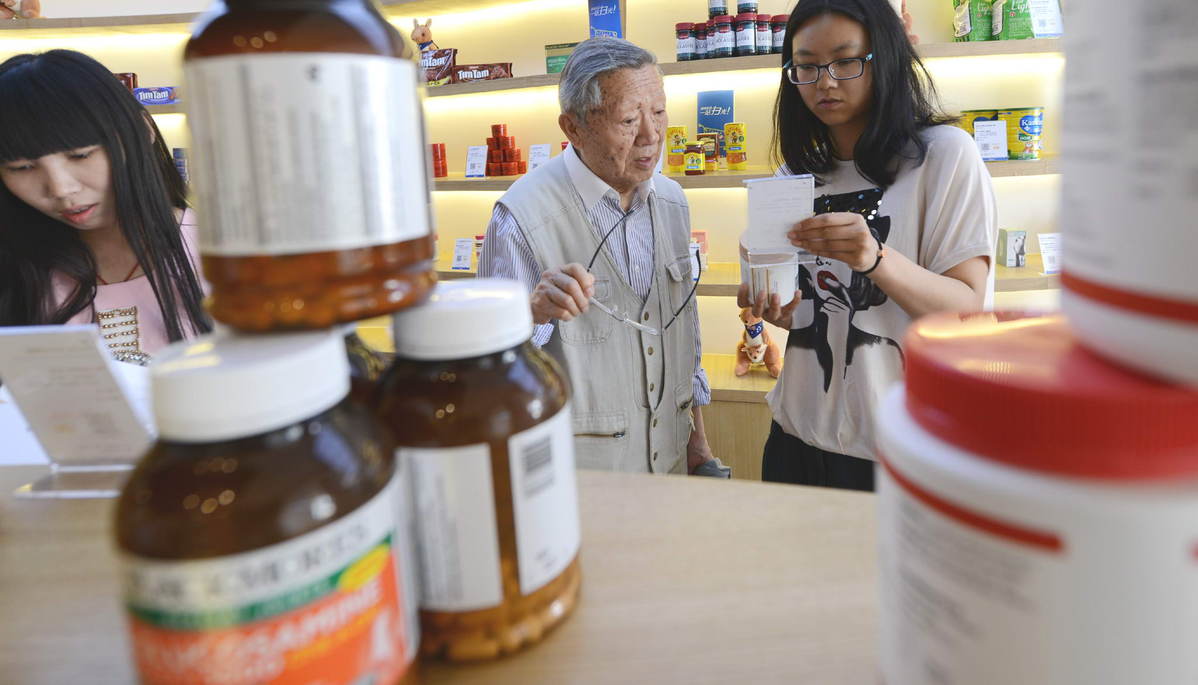 Spurred by rising health consciousness and Chinese consumers' pursuit of a high-quality lifestyle, some multinational companies are witnessing strong sales and further promoting their products in China via new growth channels such as e-commerce platforms.

D-Cal noted that young mothers prefer to shop online, so it has been critical for maternal and baby brands to make efforts on both e-commerce platforms and brick-and-mortar stores.

"Chinese mothers who were born after 1990 have become the main consumers of maternal and baby products, and they are more willing to pay for professional and quality-guaranteed products and services. The traditional product-to-store model cannot adapt to the new development trend," said Zhang Yuan, brand representative of D-Cal.

She added that the company would continue to provide more kinds of calcium products for different consumer groups in China, such as babies, toddlers, pregnant women and adults.

D-Cal said it also plans to expand in third-and fourth-tier Chinese cities, as well as in rural markets, as they boast significant growth potential, and development in major cities has been relatively mature.

Last year, sales of imported calcium in China reached 3.05 billion yuan ($436 million), up 7 percent year-on-year. D-Cal achieved its highest sales for three straight years, and its market share was higher than the aggregate of the second to fifth-placed companies, according to market research company Euromonitor International.

Meanwhile, Herbalife Nutrition, a Los Angeles-based nutrition company, is promoting healthy lifestyles and increasing public awareness of health and nutrition in China. Herbalife said China is its third-largest market and is also one of its fastest growing markets.

The company said it is bullish on the long-term growth prospects of the healthcare market in China, its core strategy market, and it hopes the nation will become its biggest market.

"We will provide more tailored and personalized products in China, and offer different solutions to different consumer groups, such as those who would like to lose weight, fitness enthusiasts and people who are generally pursuing a higher-quality life," said Woody Guo, managing director of Herbalife Nutrition China.

"Our consumers have become increasingly younger, and we have launched more attractive sales and marketing methods such as brand flash shops. We also sponsored the Spartan Race to attract more young consumers," he said.

Besides, with an investment of 100 million yuan, Herbalife will open a product innovation center in Shanghai by the third quarter of next year, which will be the first of its kind globally.

The center will strengthen its local R&D capabilities to deliver more science-backed quality products, and it plans to double the number of products and development speed in the market in the next five years.

Yang Yuexin, director general of the Chinese Nutrition Society, said the incidence of chronic diseases caused by poor dietary habits and an unhealthy lifestyle has been on the rise in China in recent years.