The total logistics in central China’s Henan Province hit a record high to reach 6.20 trillion yuan in the first half year, up 9.8 percent year on year, according to Henan Province Development and Reform Commission. 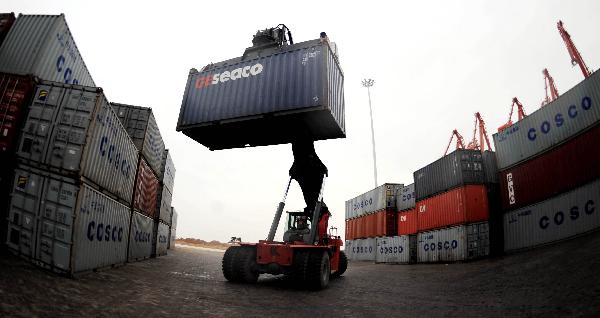 The province’s volume of cargo transport and tonnage mileage witnessed a growth of 11.8 percent and 8 percent year on year respectively, statistics showed.

Total expense of logistics in Henan province reached 344.79 billion yuan in H1 during the period, up 8.9 percent year on year, accounting for 15.5 percent of total output value from 16.1 percent.

Foreign trade for logistics sector witnessed a strong performance in H1, with cargo throughput of Zhengzhou airport at 233,000 metric tons, up 12.3 percent year on year.

Total value of foreign trade of cross-border e-commerce business reached 6.05 billion yuan in H1, up 20.7 percent year on year. Meanwhile, the province launched 300 Sino-Europe cargo trains in the period, with cargo value totaling $1.58 billion. It is estimated that more than 650 China-Europe cargo trains will be launched within this year.