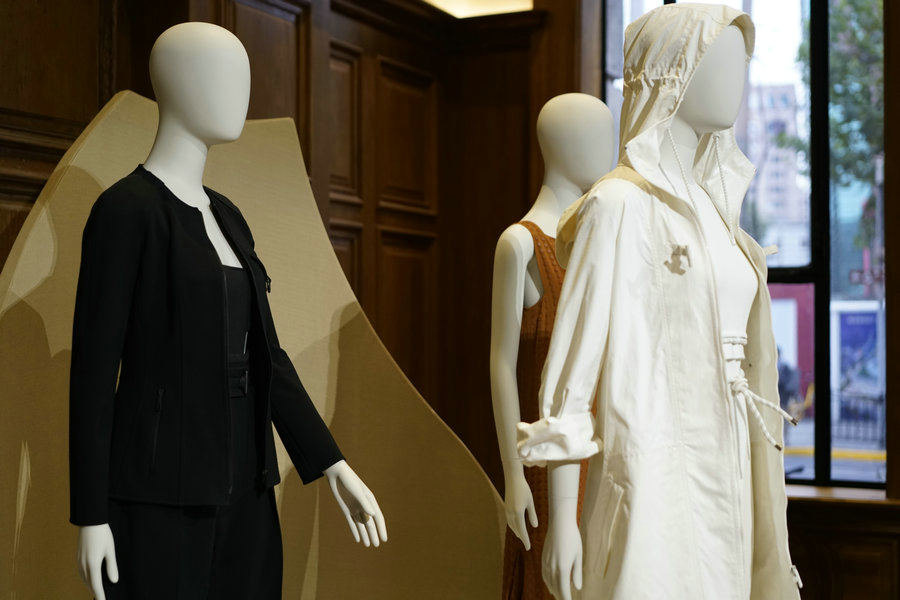 After fashion brand Hermès released its women's spring-summer 2023 runway show in Paris, France on October 1, a two-day retrospect was launched in Shanghai on October 13.

Located in Shanghai Shamei Building, the retrospect has been separated into day and night sectors to display different styles centered on a large dune, the centerpiece of the Hermès show. It includes elements such as deserts, camping and party.

The main feature of this display is that it chose a place other than the Hermès Maison in Shanghai.

According to Hermès, the form has been launched in China since last year. They will choose the appropriate venue according to the style of the collection. Meanwhile, finding new places to showcase the new collection in addition to Hermès Maison in Shanghai aims to inspire the audiences and consumers.

The rough feeling delivered by the cement column in the Shamei Building is consistent with the desert and dune concept of the new collection, the spokesperson pointed out.