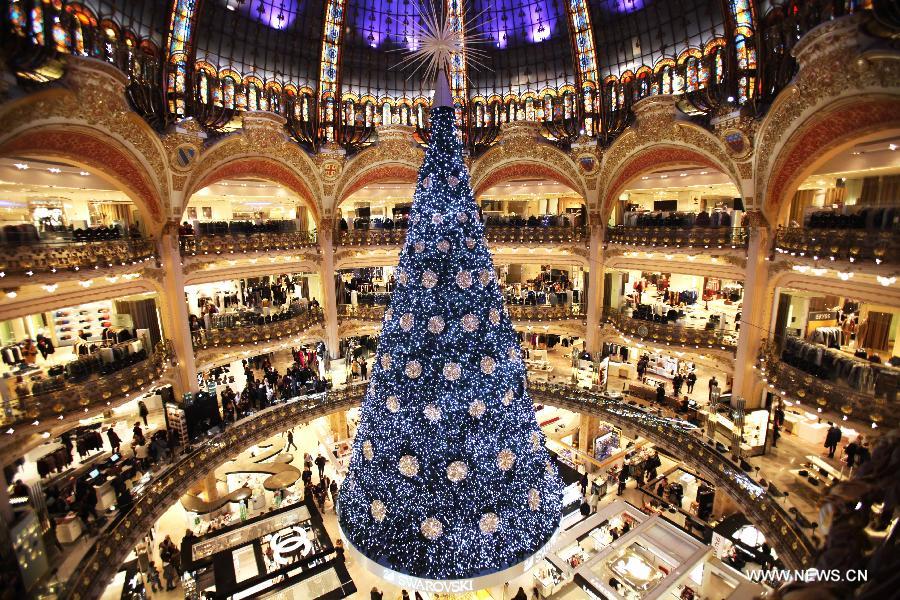 Located in Lujiazui area in Shanghai's Pudong, the flagship store covers 25,000 square meters over five floors, showcasing fashion pieces from around the world, including those from next-generation Chinese designers.

Houze said the company plans to open up to 10 stores in China by 2025, making the Chinese market the second biggest one after France.

The chief executive told Xinhua that his company has benefited greatly from the close relationship between China and France, noting that Chinese tourists contribute to about 20 percent of sales in Galeries Lafayette stores in France.

The retailer has also launched a mini-program on WeChat to publicize the latest fashion information and deepen its engagement with Chinese customers.

Shanghai is aspiring to reinvent itself into a world-class fashion hotspot. Municipal statistics showed that more than 300 Chinese maiden stores opened in the city in 2018, while over 3,000 brands debuted their latest products there over the past year.