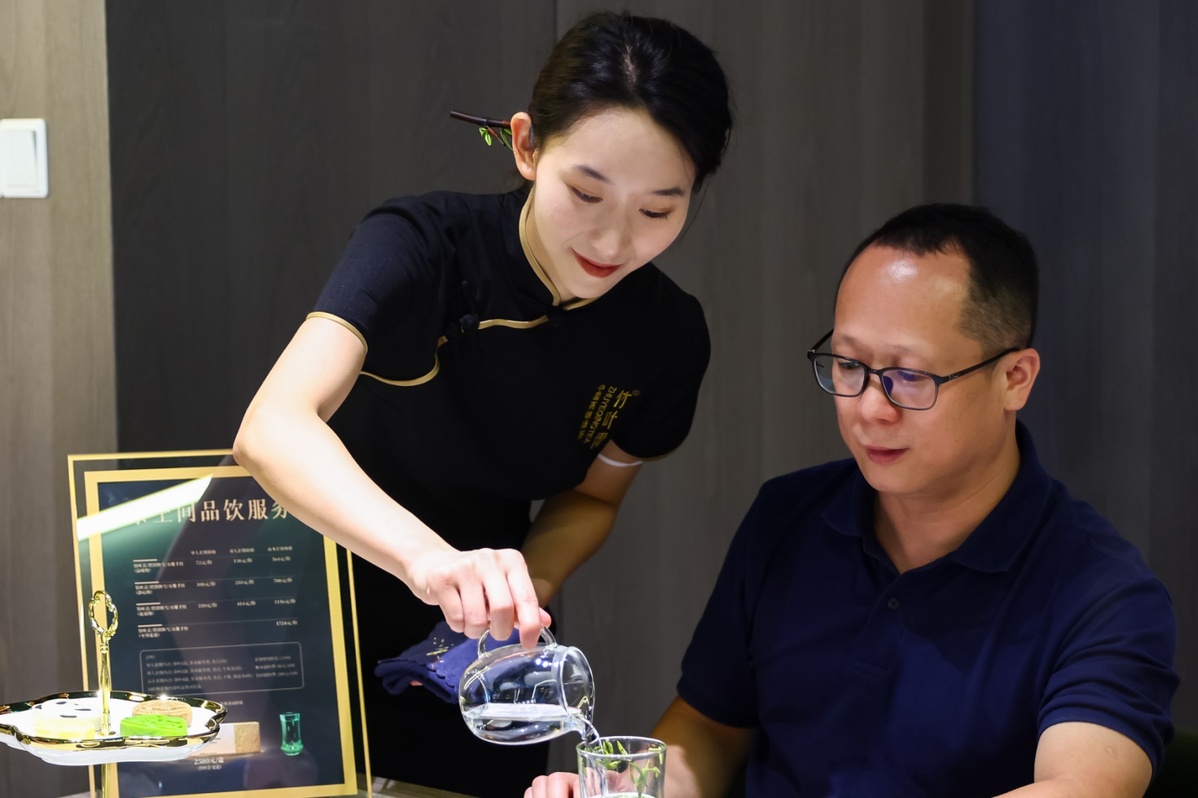 A consumer tastes Zhuyeqing tea at its newly opened store in Beijing on Sep 15. [Photos: chinadaily.com.cn]

Tea brands that provide high-quality ingredients and individualized services are soaring in popularity among consumers, they said.

"Today consumers are becoming less sensitive to prices and are more acceptable of high-end tea brands, as their requirements for tea quality are increasing. In addition, consumers are showing growing interest in traditional culture, and they have soaring concerns for health impacted by the COVID-19 pandemic. As a result, demand for high-end Chinese-style tea is on a rise, with an increasing proportion of consumers being young people," said Xiao Jixi, head of research and development of Zhuyeqing's Beijing operational center.

Zhuyeqing Tea, with ingredients from Emei Mountain in Sichuan province, opened a new store on Thursday in the China World Trade Center, which hosts many international companies and shopping stores located in the central business district of Beijing. 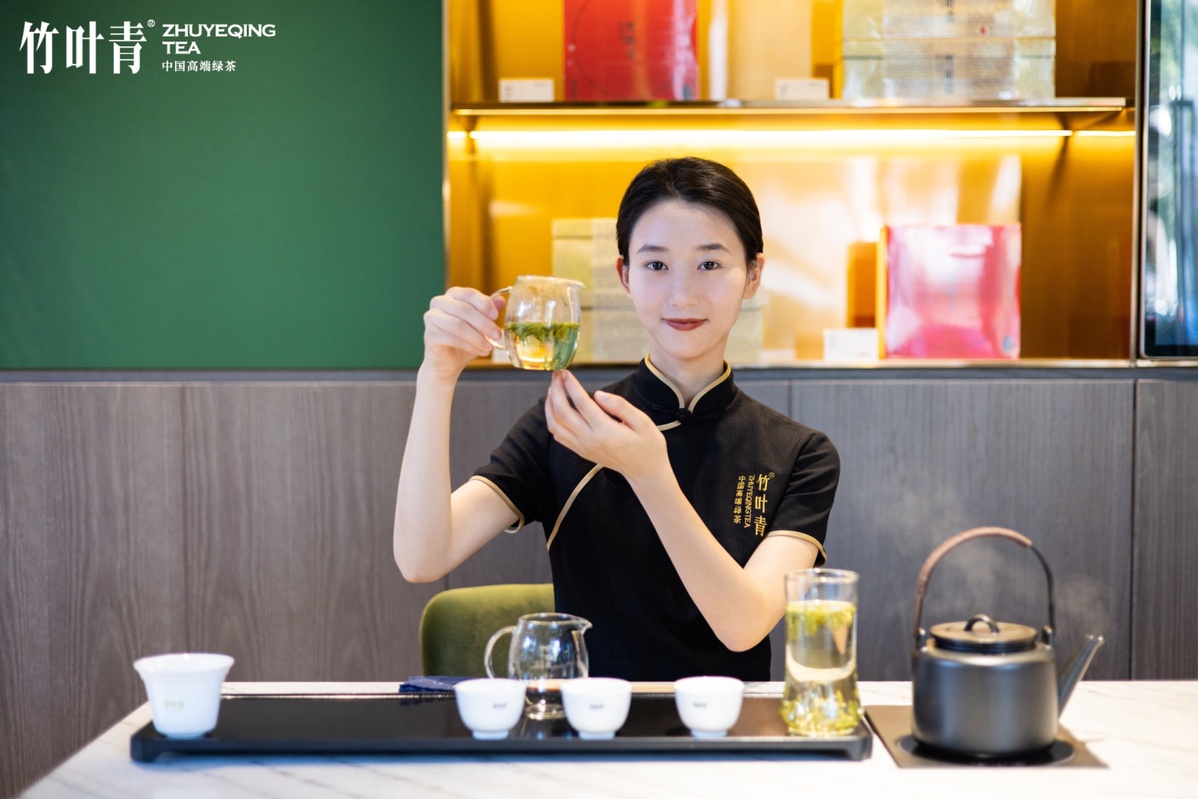 An employee displays tea at tea brand Zhuyeqing's new store in the China World Trade Center in Beijing on Sep 15.

The new store will emphasize offering services such as in-store tea tasting and gathering, in an attempt to make tea an important part of consumers' social life. "We have also designed special rooms for private testing and small-size business meeting for the new store," said Xiao.

The move is to better tap consumers' growing demand for high-quality ingredients and individualized services, he said.

Xiao said despite the COVID-19 impact, the company saw a year-on-year revenue growth of 29 percent during this year's spring selling season, which is a traditional tea collecting and selling season when revenue accounts for about one-third of the whole year's total revenue.

"For major product line Lundao we saw a year-on-year revenue growth of 38 percent during the period. The better-than-expected performance gave us strong confidence to further explore in the high-end tea consumption market," Xiao said.

According to Xiao, the brand, headquartered in Sichuan province, is innovating its products and services to build it to a luxury tea brand. Xiao said the company aims to open 80 stores in Beijing by 2025.

Currently, Zhuyeqing has over 200 stores across the country.