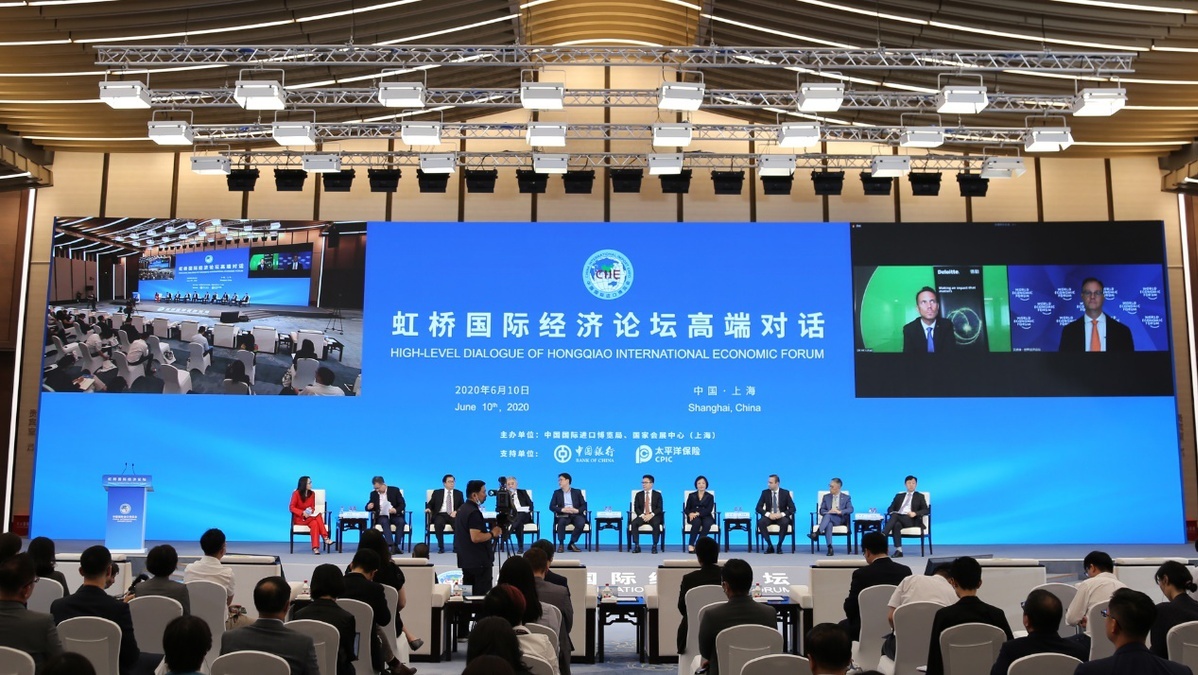 The High-level Dialogue of Hongqiao International Economic Forum is held at the National Exhibition and Convention Center (Shanghai) on June 10. (Photo: China Daily)

The High-level Dialogue of Hongqiao International Economic Forum, a major part of the China International Import Expo (CIIE), was held at the National Exhibition and Convention Center (Shanghai) on June 10.

The event brought together officials, entrepreneurs and scholars to discuss how the government, industries and companies can stabilize global industrial and supply chains as well as the prospects of economic globalization in the context of the epidemic.

In Wang's speech, he expressed his heartfelt gratitude to everyone who has shown support for the CIIE and the Hongqiao International Economic Forum.

Wang hoped that attendees would express their opinions, contributing to the building of an open world economy and a community with a shared future for mankind, and help with the recovery of world economy and trade.

"We will further make use of these two platforms – the CIIE and the Hongqiao International Economic Forum – to facilitate international procurement, investment, people-to-people exchanges, openness and cooperation, contributing to the stability of global industrial and supply chains," he said.

Wang welcomed companies from across the globe to share in the opportunities provided by the massive Chinese market, and officials, entrepreneurs and scholars from all countries to discuss ways to develop the world economy and foster international cooperation.

In his video message, Raffarin said that cooperation has always been the theme of bilateral relations between China and France. He noted that the mutual visits between Chinese and French state leaders last year had further enhanced the exchanges and cooperation between the two countries.

According to him, under current circumstances, countries should strengthen cooperation, safeguard multilateralism, and show mutual understanding and respect as well as work together to confront the challenges.