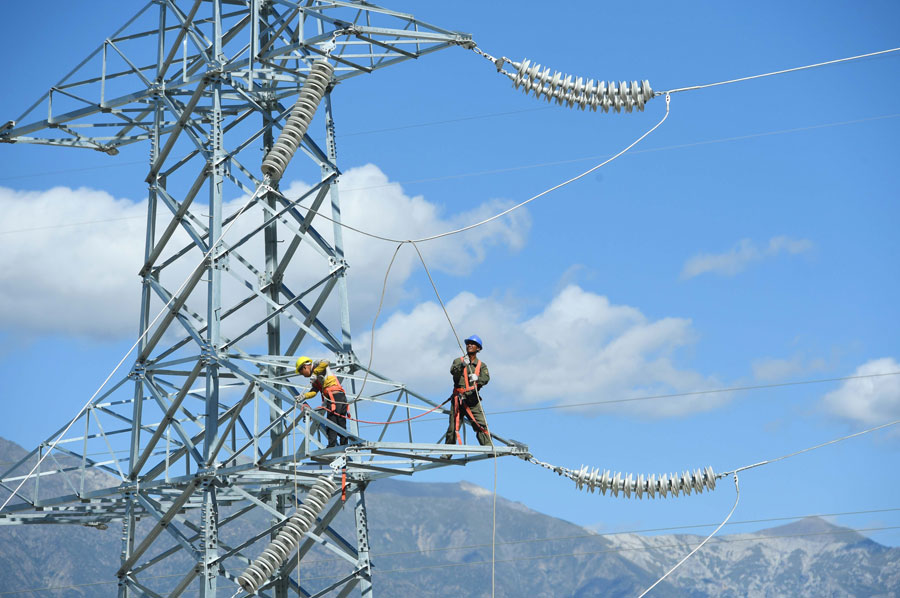 Electricity consumption, one of the best indicators for economic activity, showed the Chinese economy is maintaining stable growth, especially through contributions from emerging sectors in the high-tech and service industries, industry insiders said.

From January to April, total electricity used in China exceeded 2.23 trillion kWh, with a year-on-year increase of 5.6 percent, the China Electricity Council said.

Lin Boqiang, head of the China Institute for Studies in Energy Policy at Xiamen University, said increases in China's electricity consumption, if compared with year-on-year GDP growth of about 6.4 percent in the first quarter, indicated that stable growth of China's economy is mostly supported by the real economy, which provides a good basis for the country's high quality development.

The year-on-year growth rates of electricity consumption in the three sectors above and primary industry were respectively 3.2 percent, 10.3 percent, 10.9 percent, and 6.1 percent.

A few years ago, when China's GDP expanded by around 7 percent annually, electricity consumption growth was higher, he said. This meant the economy has drifted away from the solid development of the real economy.

The two-digit increase of electricity people consume in their daily lives in the past few months, as well as in past years, indicated the Chinese economy is undergoing a transformation, with increasing momentum from the service and other emerging sectors driven by people's swiftly evolving living standards, he added.

Yuan Jiahai, a professor with the School of Economics and Management in the North China Electric Power University in Beijing, said the difference in electricity consumption in the past four months among different sectors indicated a slowdown in energy-intensive industries and the rise of emerging high-tech and service sectors.

"Since 2017, new momentum in (the) Chinese economy, such as high-tech and digital and the service industries, has been growing very fast to become quite strong, and this has been demonstrated by (the) related electricity consumption growth," he said.

He explained that in 2018, much of it was caused by accidental factors, such as the extremely long duration of hot and cold days, the environmental protection-related electricity consumption such as using electricity for heating, and the increase of electricity consumption in the steel industry last year induced by higher industrial profits due to supply-side reforms.

If those factors are excluded, the real electricity consumption growth last year was around 4.5 percent, he said.

"The electricity consumption in the past four months is a reflection of the new norm of the Chinese economy, and is going to last for a while," he said.

"It is obvious that energy-intensive industries, such as coal and steel, have ceased to expand as they used to, and emerging sectors in the tertiary industry have grown strong enough to develop (at a) stable rate."

He also mentioned the fast electricity consumption growth in Central and West China, which outpaced the rate in the coastal areas in the first four months, is a reflection of increased infrastructure construction and other economic activities, as well as people's improving living standards in those areas, driven by programs such as the Belt and Road Initiative and the Yangtze River Economic Belt development strategy.