Yi Gang, head of the People’s Bank of China (PBC), met the press on the sidelines of the ongoing Two Sessions on Sunday, taking questions on policies and measures ranging from the RMB exchange rate to the further opening up of China's financial markets. 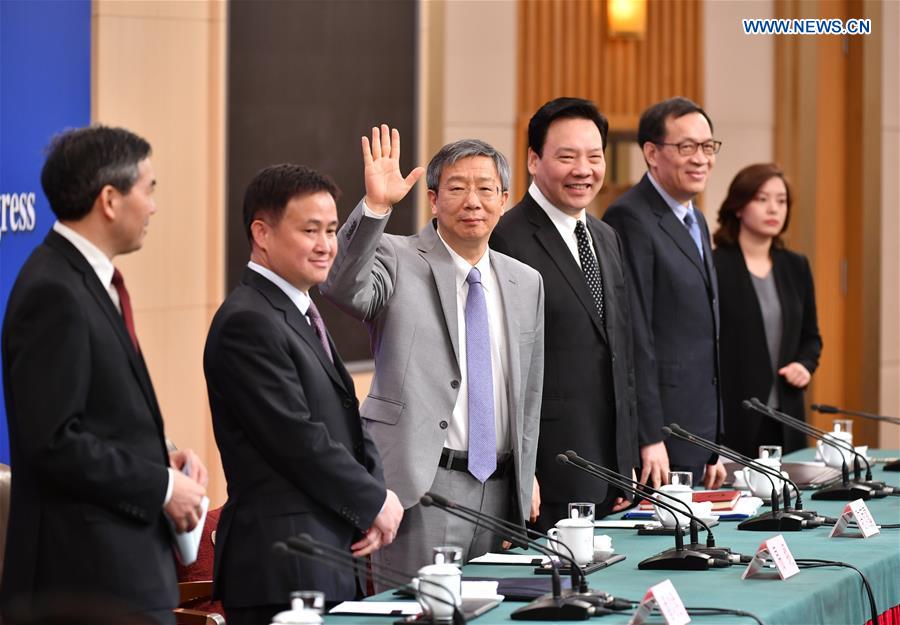 Yi told reporters that the essence of China prudent monetary policy has not changed.

The policy will stress counter-cyclical adjustment and mean that the increases in M2 money supply and aggregate financing should be in keeping with nominal GDP growth.

It will also entail greater support to small- and micro-sized enterprises and private businesses.

China's monetary policy, mainly devised to fit the domestic economic situation, will also take into account global factors and China's position in the global economic system as well as the export-oriented sectors.

Two countries discussed about how to respect the autonomy of each other's monetary authorities in determining the monetary policy in the latest round of economic and trade talks, said Yi.

The discussion also involved mutual adherence to the market-decided exchange rate mechanism, honoring the commitments made at previous G20 summits such as choosing not to adopt competitive depreciation, not to use exchange rates for competition purpose, and maintaining close communication on foreign exchange markets.

China will boost the role of financial technology (fintech) in serving the real economy and forestalling financial risks, said Fan Yifei, deputy governor of the PBC.

Fintech is expected to help easing financial difficulties and lowering costs for private enterprises and small- and micro-sized businesses.

China has launched pilot programs for fintech application in 10 provincial-level regions including Beijing, Shanghai and Guangdong in late 2018.

China has implemented most of the financial market opening up measures it announced last year, said Yi.

Yi said the country will firmly advance the opening up of the financial market in accordance with the timetable announced at last year's Boao Forum for Asia.

China will continue to push for wider opening up of the bond market to overseas investors and create a sound market environment, said PBC deputy governor Pan Gongsheng.

At present, overseas investors hold around 1.8 trillion yuan (about $268 billion) in China's bond market, and the holdings rose nearly 600 billion yuan in 2018.

However, bonds owned by them represent only a little more than 2 percent in China's total. "The ratio is not very high and there is still huge potential in the future," Pan said.

To further open up the bond market, the country announced in November 2018 that overseas institutions investing in its bond market would be exempted from corporate income tax and value-added tax on their bond interest earnings for a period of three years.