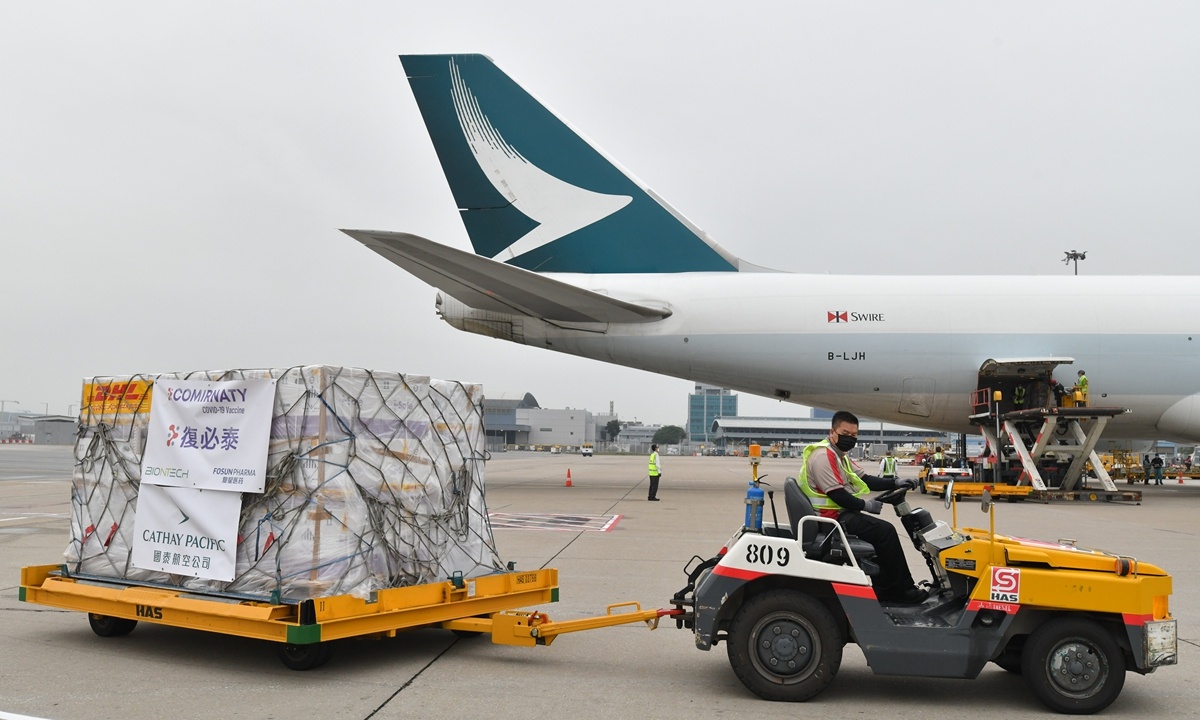 With many Hong Kong-based deputies to the national legislature and members of the top political advisory body set to attend the upcoming two sessions in Beijing, they are bringing a flurry of proposals and suggestions focused on further boosting economic integration between the Chinese mainland and Hong Kong through development in the Guangdong-Hong Kong-Macao Greater Bay Area.

The emphasis on economic issues at the most important annual political event underscores the progress the Hong Kong Special Administrative Region (HKSAR) has made in restoring political and social stability following the unrest over a year ago, as well as pressing economic challenges as the city battles several severe waves of the COVID-19 pandemic and sanctions imposed by the US, analysts said. Further integration with the mainland is the key to overcome those lingering issues, they added.

The annual sessions of the National People's Congress (NPC), the top legislature, and the National Committee of the Chinese People's Political Consultative Conference (CPPCC), the top political advisory body, are set to convene on Thursday. Collectively known as the two sessions, the event is where lawmakers and political advisors discuss important political, social and economic issues for the country, including setting various development goals. Also in light of political and social challenges in Hong Kong in recent years, issues concerning the city have become hot topics at the two sessions.

Among the five proposals drafted by Witman Hung Wai-man, a Hong Kong-based deputy to the NPC, four are directly focused on various aspects of development in the Greater Bay Area, including the sharing of financial information and the use of the digital yuan, as well as the opening of more areas to Hong Kong firms and residents.

Allowing Hong Kong-based businesses to participate in more sectors could help boost the mainland's competitiveness in branding, marketing and e-commerce, and make the Greater Bay Area more internationally oriented, Hung said in one of the proposals he sent to the Global Times on Sunday.

"It would also get the business owners and employees of Hong Kong-funded enterprises more involved in the nation's development and further give them a sense of belonging," Hung said.

Other Hong Kong-based NPC deputies and CPPCC members are also focusing on economic issues and integration in the Greater Bay Area. The Business and Professionals Alliance (BPA) for Hong Kong said that its members, who are also NPC deputies or CPPCC members, are submitting 17 proposals and suggestions concerning boosting Hong Kong's post-pandemic economy at the two sessions this year.

Lo Wai-kwok, a member of the CPPCC National Committee and chairman of the BPA, is submitting a suggestion to further boost cooperation in technological innovation in the Greater Bay Area, including setting up a special fund for major technology research projects and addressing divergences in Hong Kong and mainland technology management systems, according to media reports.

Apart from long-term development plans for the Greater Bay Area, there are also specific proposals and suggestions to help the HKSAR economy to recover from the COVID-19 pandemic, including vaccination certification programs that would allow travel between the mainland and the city, according to the BPA.

Liang Haiming, chairman of the China Silk Road iValley Research Institute and an economist from Hong Kong, said that the most pressing issue is for travel to resume as soon as possible to boost business between the mainland and Hong Kong.

"I hope that after people get vaccinated, especially after the two sessions, exchanges between Hong Kong, the mainland, and Hong Kong and Macao could be more convenient… so as to promote the flow of people, logistics, and capital. Only in this way can the economic recovery and development of the three places be promoted," Liang told the Global Times on Sunday.

Both the Hong Kong and Macao economies depend heavily on visitors from the mainland, but the COVID-19 epidemic has seriously disrupted travel and in turn the two special administrative regions' economies. In 2020, Hong Kong's GDP contracted a record 6.1 percent, due to the epidemic.

The first and foremost issue for Hong Kong is to contain the virus, and "as long as the epidemic can be put behind, it would be the best way for the economy to recover," Liang said.

In the long term, there are more policy measures expected from the central government to further promote the development of the Greater Bay Area, which are most likely to be included in the Government Work Report and the 14th Five-Year Plan (2021-25), both of which are expected from the two sessions.

Just days ahead of the two sessions, on Sunday, the Guangdong provincial government released a guideline aimed at promoting policies regarding market competition to be given trials in the Greater Bay Area, including anti-trust and unfair competition rules - a top policy priority for 2021.