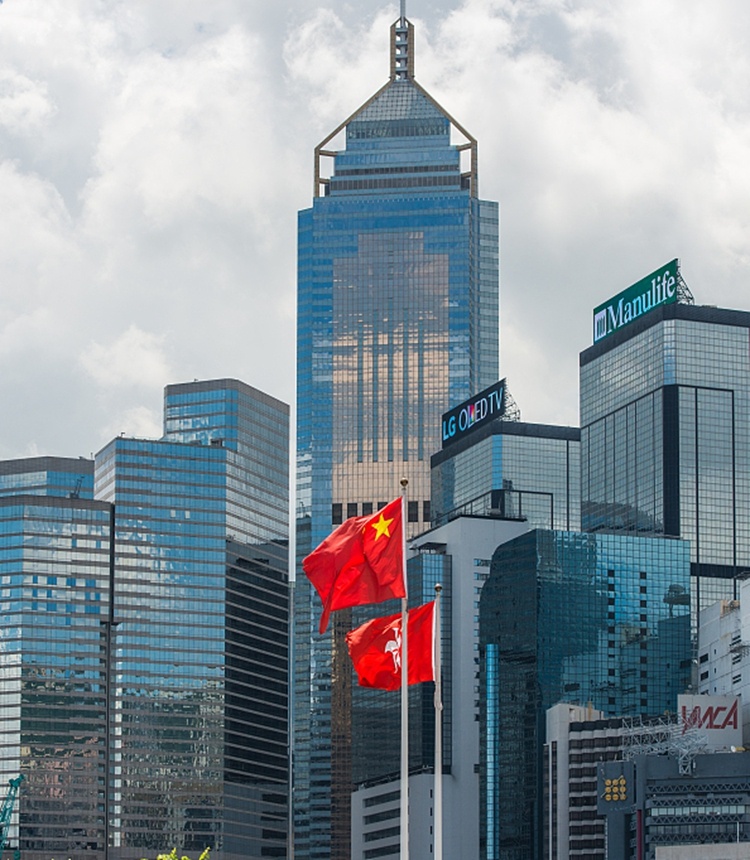 The first winter after the implementation of the national security law in Hong Kong didn't chill local business as some Western media have claimed; rather, local companies have welcomed hard-won stability and peace in the city, and many businesses have decided to expand their markets beyond Hong Kong.

Ken Wong, director of All Time Healthy Co, a Hong Kong-based healthcare product company, told the Global Times on Thursday that his company's sales plunged 70 percent starting in January, caused by the violent protests in Hong Kong that started in June 2019 and later the outbreak of COVID-19 pandemic.

"Our products used to be sold in brick-and-mortar pharmacies in Hong Kong, but those stores were forced to shut down amid violent street protests last year and because of the pandemic," Wong said, noting that his company now relies on cross-border e-commerce to explore market share in the Chinese mainland, as well as in Malaysia and Thailand.

Attracted by talent and market advantages in the mainland, FS International - a Hong-Kong based international logistics company that has been operating in the city for about 30 years - started to shift its main business to the Chinese mainland in 2015.

"Over the past five years, the Hong Kong headquarters set up branches in Shanghai, Ningbo and Guangzhou. The number of employees in the mainland has surpassed the number in Hong Kong, and 80 percent of our major projects are now conducted in the mainland," Liang Jiaxian, project manager of FS International Ltd Guangzhou Branch, told the Global Times on Thursday.

This may represent a shift in the views of many Hong Kong companies about the mainland, Liang said, noting that companies that shunned the mainland market will soon be left behind.

"The Hong Kong market has shrunk considerably. If you are unwilling to invest in the mainland, you will be left behind," Liang said.

Businesses and observers have dismissed allegations by some Western governments that the national security law would jeopardize Hong Kong's status as an international financial hub.

The Standard Chartered Group told the Global Times that it believes the enactment of the national security law in Hong Kong will maintain the long-term economic development and social stability in the city.

The security legislation that provide clarity will be helpful for the implementation of the "one country two systems" policy and strengthen Hong Kong's status as a global financial hub and the business community's confidence, Standard Chartered said, noting that it will continue to unswervingly contribute to Hong Kong's growth.

Wong said the implementation of the national security law in Hong Kong was "great news" for businesses operating in the city, as it brought peace and stability for its future development.

"Although Hong Kong's exports to some Western countries like the US will fall in the short term because of their discriminatory policies, companies can still expand exports to areas like the Middle East, Africa and South Asia," Wong said, noting that most importantly, Hong Kong can rely on a huge market of 1.4 billion mainland consumers.

"There are 9,025 foreign companies in Hong Kong now, 15 less than last year, showing that the impact of the national security law in Hong Kong on foreign companies isn't as big as some Western governments have thought," Liang Haiming, chairman of the China Silk Road iValley Research Institute and a Hong Kong-based economist, told the Global Times.

Meanwhile, 106 IPOs were launched on the Hong Kong stock market in the first 10 months of this year, on par with 107 during the same period in 2019. This shows that Hong Kong as a financial hub remains popular, Liang said, noting that foreign investors like to operate in Hong Kong to share the development dividend of the mainland's rising prosperity.

Hong Kong Chief Executive Carrie Lam on Thursday urged foreign governments and organizations that constantly criticize Hong Kong security law, and even launch sanctions against the mainland and local officials, to stop their unfair practices, and to start doing the right thing.

"The law regulates only four types of activities and practices that endanger national security, and its scope is far smaller than the national security law systems in countries such as the US and the UK, and the extent of the regulation isn't severer than those countries," she posted on her Facebook account, stressing that the law will ensure the city's status as international financial center.

Liu Guohong, director of the Department of Finance and Modern Industries under the Shenzhen-based China Development Institute, said that Hong Kong companies should enhance their competitiveness and take full advantage of the "one country two systems" policy to strive for greater development.

"They should spark their dynamism and vitality, and take a more open attitude to joining the development of the Guangdong-Hong Kong-Macao Greater Bay Area," Liu said.

Apart from the Greater Bay Area's development - a major springboard for Hong Kong companies to participate in the mainland market — Hong Kong Financial Secretary Chan Mo Po said in November that Hong Kong will strive to join the first batch of economies after the Regional Comprehensive Economic Partnership Agreement takes effect, to benefit Hong Kong's trade in services and investment.