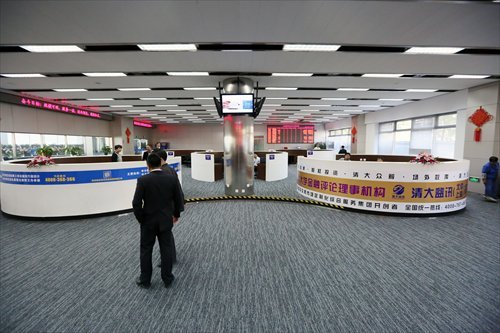 People stand in the trading hall of the Shanghai Stock Exchange on October 28. Photo: IC 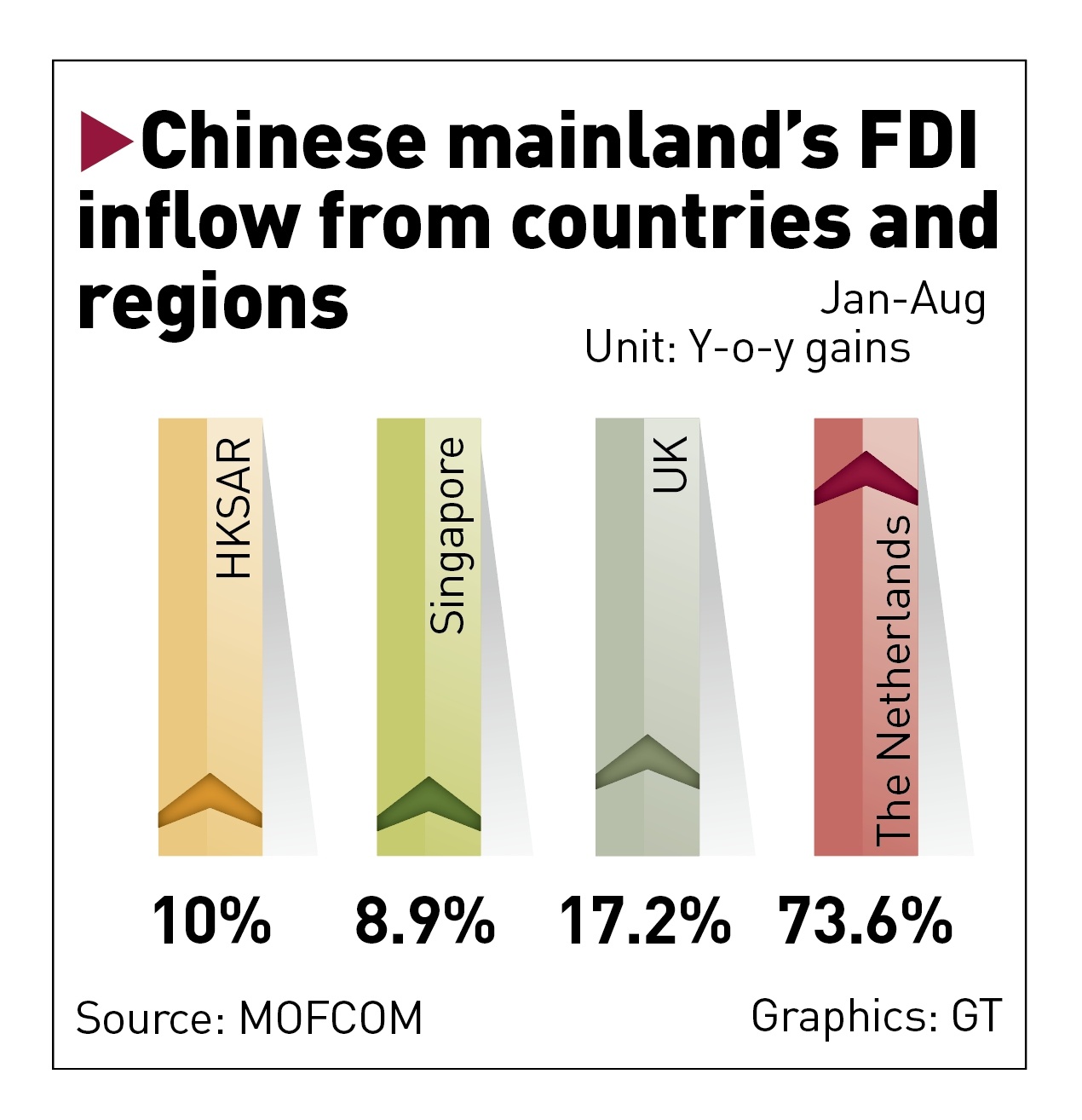 Hong Kong investors have been getting more involved in the Chinese mainland market this year despite the COVID-19 outbreak, an official with the Ministry of Commerce (MOFCOM) said on Thursday, encouraging more investment from the Hong Kong Special Administrative Region (HKSAR) to capitalize on the mainland market, where effective virus containment has made it a stabilizing force.

In the first eight months of the year, investment from Hong Kong into the mainland grew 7.9 percent year-on-year and the HKSAR's investments as a percentage of overseas capital flows into the mainland climbed further to 73 percent from 70 percent a year earlier, Meng Huating, deputy director of the foreign investment department of the MOFCOM, told a seminar in Beijing.

A "dual circulation" strategy that the Chinese leadership has proposed for economic development, in which domestic activity will be mainly relied on to spur growth, means vast opportunities for Hong Kong investors, the official stated.

On the sidelines of the seminar, John Leung, director of the office of the HKSAR government in Beijing, told reporters that as the pandemic is being brought under control in Hong Kong, it is hoped that restrictions on flows of people between Hong Kong and the mainland can be lifted to facilitate business activity.

Excited by the prospect of tapping into the mainland market, entrepreneurs from the HKSAR hinge their commercial success on the economy's shift toward being powered by domestic consumption.

With the pandemic well under control, the mainland market is also seen as more certain and offering a clearer growth path than other markets that are hobbled by the still-raging virus, the insurance professional said.

In the eyes of Jim Kok, co-founder of Beijing-based start-up igloo Learning, the thriving digital economy in the mainland market provides an innovative environment for entrepreneurs like him to ride a digital wave that empowers an increasing number of local brands to rise to prominence.

Kok, a former executive at JD Finance, the fintech arm of e-commerce giant JD.com, reckoned that Hong Kong ought to embrace the digital economy to rev up local growth.