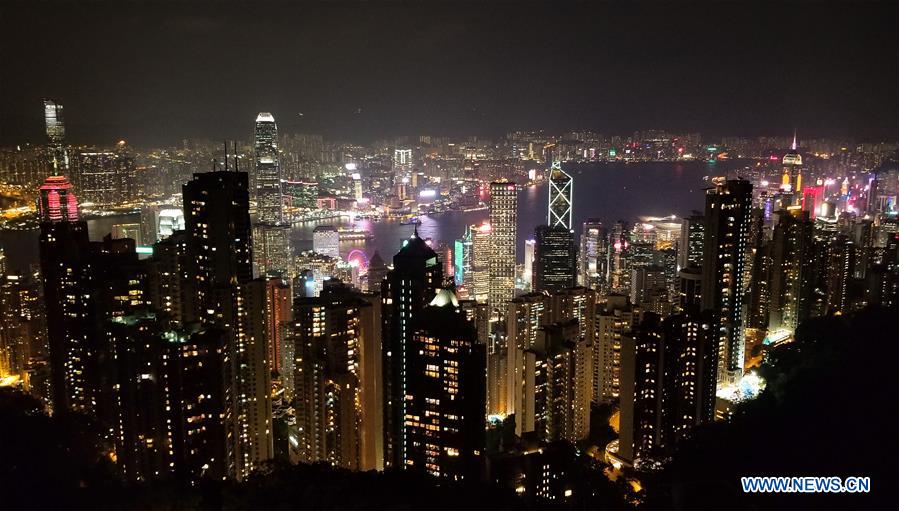 Chan said the HKSAR government will closely monitor and assess the situation.

The U.S. Congress passed the so-called Hong Kong Human Rights and Democracy Act of 2019 and another Hong Kong-related bill earlier this week.

The United States has enormous economic interests in Hong Kong as it has in the past 10 years earned the largest worldwide bilateral trade surplus in trade with Hong Kong and more than 1,300 U.S. firms operate here, Chan said.

However, Hong Kong has become less reliant on economic ties with the United States.

With the rapid development in Asia, the mainland has become Hong Kong's largest trading partner, and the United States, in the fourth place, accounted for only 6.6 percent of Hong Kong's foreign goods trade in 2018, Chan said.

The two sides signed on Thursday an agreement on the liberalization and facilitation of trade in services to lower the mainland market access thresholds for Hong Kong enterprises and professionals.

Major roads were repeatedly blocked, and shops were trashed. Residents were fatally attacked. A wide range of sectors including retail, catering, and tourism bore the major brunt.

Chan warned that Hong Kong's core competitiveness will be harmed and global investors will lose confidence in Hong Kong if the unrest continues, calling on Hong Kong residents to jointly support stopping violence and protect the future of Hong Kong.