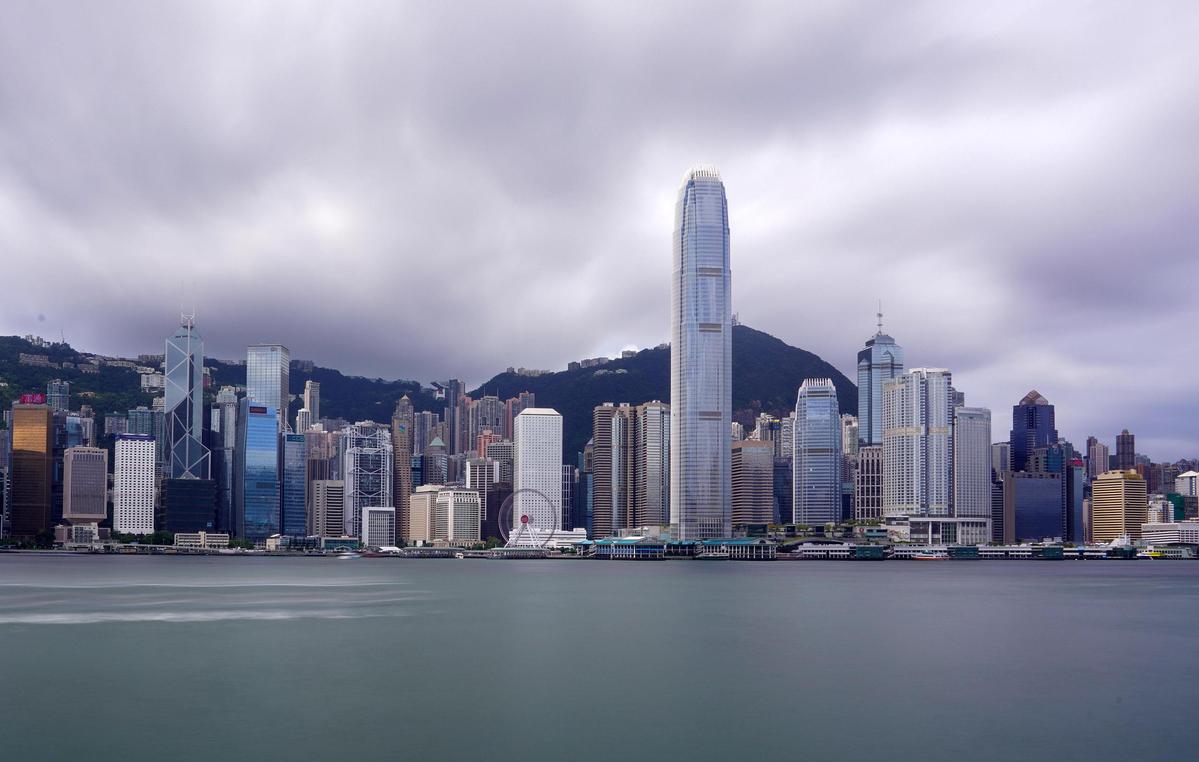 The Hong Kong Monetary Authority will adopt necessary measures including a possible further cut of the countercyclical capital buffer ratio for banks to maintain financial stability amid a deteriorating economic outlook, the authority's chief executive said.

Maintaining the soundness and stability of Hong Kong's financial system has been the most important task as the city is facing a complex and volatile internal and external environment, said Eddie Yue Wai-man, HKMA's chief executive, at a press briefing in Beijing on Wednesday.

"If the economy further declines and the property market suffers correction, there is room for us to further lower the CCyB (countercyclical capital buffer)," Yue said. "Maintaining public and market confidence is crucial for us to keep the financial system stable."

The HKMA cut the CCyB ratio to 2 percent from 2.5 percent in October citing that economic indicators have signaled significant deterioration of the economic environment in Hong Kong since June.

The city's economy has been hit by a set of factors including global economic slowdown, trade tension between Beijing and Washington and local social unrest, which have led to a sharp drop of retail sales and the number of tourist arrivals.

Yue said that the HKMA will continue to use macroprudential tools to support the economy and will introduce favorable policies to encourage more bank lending to small-and medium-sized enterprises, which usually are the hardest hit during an economic downturn.

The HKMA chief noted that Hong Kong's financial system has remained stable and there has been no sign of significant capital outflows or large-scale market speculation or short selling.

The banking sector in Hong Kong has a 150 percent liquidity coverage ratio and 20.6 percent capital adequacy ratio, which are higher than international standards. The banks also saw a 2.4 percent increase of deposits from the beginning of this year while nonperforming loan ratio stood at a low level of 0.56 percent, according to the HKMA.

Yue said that more fiscal spending can be expected to invest in infrastructure and improvement of people's livelihood as the city's government has a high fiscal reserve.

Hong Kong's GDP contracted 2.9 percent year-on-year in the third quarter, sharply down from a 0.4-percent growth in the second quarter. The city's government has downgraded its forecast for this year's GDP growth to negative 1.3 percent, the first annual growth contraction since 2009.

Despite the gloomy economic outlook, Hong Kong will continue to seize opportunities in line with the further opening of the mainland's financial sector and hopes to continue to serve as the gateway for overseas capital into the onshore market, Yue said.

The HKMA and the People's Bank of China have agreed to establish a pilot two-way wealth management connect scheme, which will allow Hong Kong and mainland residents in the Guangdong-Hong Kong-Macao Greater Bay Area to buy wealth management products in each other's markets.

Yue said that the HKMA is discussing detailed arrangement of the program with the PBOC and hopes to launch the scheme as soon as possible.