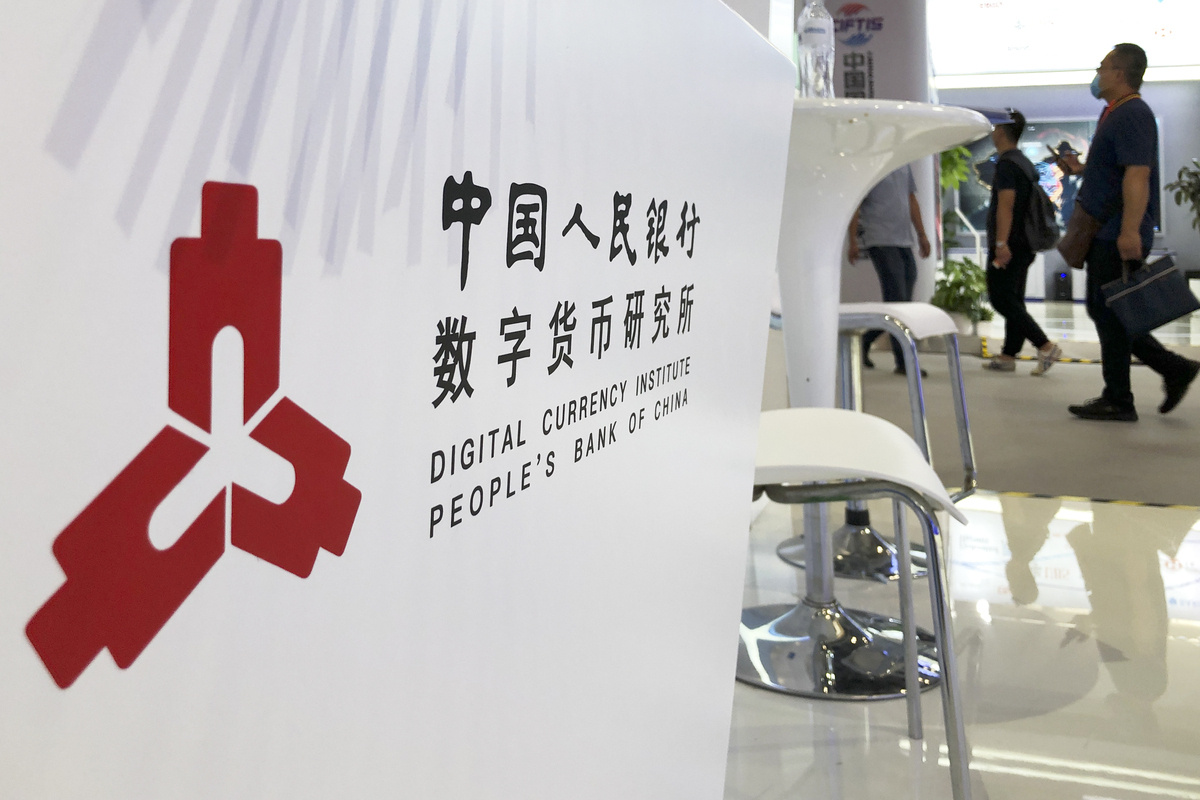 The booth of the Digital Currency Institute of the People's Bank of China at an expo in Beijing. (Photo: China Daily)

As the popularity of electronic payment on the mainland continues to soar, Beijing is also taking the digitization of legal tender (or central bank issued currency) seriously. On the 40th anniversary of the establishment of Shenzhen as a Special Economic Zone, President Xi Jinping announced his support for the internal pilot testing of digital renminbi, or e-CNY. He also urged further research, development and application of e-CNY, as well as international cooperation.

By mid-2020, the People’s Bank of China had revealed that pilot testing of e-CNY is ongoing in Shenzhen, Suzhou, Chengdu and Xiongan New Area. China is now playing a leading role in the development of Central Bank Digital Currency, or CBDC, while many countries around the world have also shown increasing interest in it. For example, Sweden is also executing a test run on CBDC, while research efforts are being made in the United States, the European Union and Japan.

How is CBDC different from other electronic money or e-wallets? In terms of the issuer, digital currency can be issued by either central banks or the private sector. A CBDC is legal tender in digital form issued by a central bank. In contrast, cryptocurrencies or stablecoins such as Bitcoin and Libra are issued by the private sector and are not recognized by central banks. Their volatility has also cast doubts on their credibility as currencies. Unlike currencies stored in electronic wallets such as AliPay and WeChat Pay, which are backed by private companies, a CBDC is guaranteed by a central bank, hence carries almost no credit risk. Moreover, current e-wallets only work when there is an internet connection, while a CBDC has the function of offline payment, making it possible to process transactions with no internet. A CBDC is usually integrated with blockchain technology, which allows anonymity for small transactions. It can also track where the money is going, which helps with anti-money laundering and counter-financing of terrorism.

According to a survey conducted by the Bank of International Settlements in 2019, 80 percent of central banks are researching CBDC, indicating a growing trend as opposed to two years ago. Over the past year or so, the Federal Reserve of the US has changed its stance on CBDC from “not actively considering” to its recent stance of “conducting research and experimentation”. Interestingly, the European Central Bank has undergone similar change in attitude. It is clear that the idea of CBDC is being taken seriously across the globe. Even though no country or region has officially issued CBDC yet, many are proactively researching and testing, including the Hong Kong Monetary Authority (HKMA). The HKMA had conducted a CBDC research project called “Project Lionrock” as early as 2017. Last year, the HKMA teamed up with Thailand’s central bank for “Project Inthanon-Lionrock”, which explored how CBDC could be applied to cross-border payments between Hong Kong and Thailand.

Why is CBDC attracting attention from central banks around the world? For a start, the touchless characteristic of CBDC can greatly help fighting off the COVID-19 pandemic. The benefits of CBDC do not stop here. For example, it can greatly reduce the cost of printing and managing cash. In Canada and the European Union, the costs of issuing and managing cash account for some 0.5 percent of their GDP. In developing countries such as India, such cost can be as high as 1.7 percent. While the issuance of CBDC also incurs cost, the digital format and technologies used ensure a much lower cost.

With the usage of blockchain and other technologies, CBDC can eliminate the need for intermediaries found in traditional finance, making transactions simpler, faster and cheaper. Currently, for every US$100 cross-border transaction, US$7 goes to the intermediaries. Once CBDC is in use, the cost of cross-border transaction will be greatly reduced, facilitating the international flow of capital. CBDC can also help promote financial inclusion. At present, about 20 percent and 5 percent of adults in Hong Kong and the Chinese mainland respectively do not have a digital wallet or bank account. CBDC can help them gain easier access to e-wallets, so that they could enjoy the convenience offered by modern financial services with ease.

The benefits of CBDC for Hong Kong are even more extensive. For Shanghai-Hong Kong Stock Connect and Shenzhen-Hong Kong Stock Connect, there is a threshold of 500,000 yuan (US$76,619) for individual investors trading south-bound, which means many small investors on the mainland are unable to take part in Hong Kong’s vibrant financial market. The main reason is that the mainland authorities are concerned about the flow of money once it is invested in Hong Kong, hence the restriction for easier monitoring of the cross-boundary investment activities. If the stock transaction is made through CBDC, it will be easier for the regulatory authorities to trace cross-boundary investment flows, which means they might consider relaxing the threshold restriction on investors. If the same logic is applied to the Greater Bay Area, CBDC can also help facilitate capital flow within the region, further strengthening Hong Kong’s role as a global financial center.

Looking ahead, Hong Kong is well positioned to leverage CBDC to take a pioneering role in the digital era. In the past, the internationalization of renminbi led to the opportunity for Hong Kong to become a global offshore renminbi center. With the growth of e-CNY, there is once again an opportunity for Hong Kong to further strengthen its role as a leading offshore renminbi center. At the same time, building on Project Lionrock, Hong Kong should extend its research into CBDC, while exploring to connect HKD CBDC with e-CNY on the mainland. In the long term, Hong Kong should further link up with CBDC in other countries, and build the financial infrastructures for the digital era. The rise of CBDC is a huge opportunity for the city to transform from a traditional financial center to a global digital financial center, and it is an opportunity that Hong Kong should not miss.

The author is an Assistant Research Director and Head of Economic Development, and Judy Chen is a Researcher at Our Hong Kong Foundation.