HK to be cryptocurrency testing field 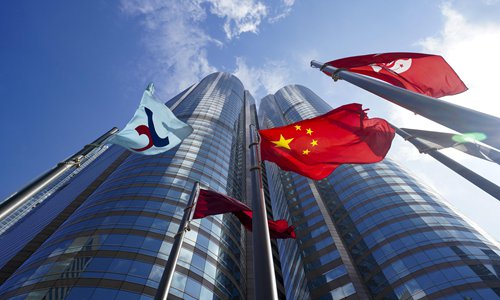 The Hong Kong Securities and Futures Commission (SFC) launched a position paper on virtual currency exchange platform regulation on Wednesday, a move meaning that a legitimate virtual property trading exchange is a step closer in the special administrative region, which will help the financial hub consolidate its position, industry insiders said.

Some of them noted that the move reflects a shift in the philosophy of Chinese regulators facing competition from Libra.

According to the paper on the SFC's official website, qualified virtual asset platform operators that comply with other licensing requirements could be granted a license to conduct virtual asset transactions by the SFC.

The SFC also released a warning on the same day, noting that virtual asset futures asset exchanges would be banned.

"Now, Beijing aims to build Hong Kong into the largest testing ground for a cryptocurrency exchange and Shenzhen into a pilot one for a central bank-backed digital currency. If China's digital currency is launched, then it could be listed in Hong Kong exchanges that target the global market," an industry insider close to the matter, who spoke on condition of anonymity, told the Global Times.

He noted that in such a way, the digital currency/electronic payment system of the People's Bank of China (PBC), the central bank, could gain a wider user base to compete head-to-head with Libra, which is being developed by US technology company Facebook.

Authorities in the Chinese mainland imposed a complete ban on initial coin offerings and cryptocurrency trading exchanges in September 2017, due to concerns over financial risk.

Following the decision, most cryptocurrency exchanges founded in the mainland moved to overseas locations.

Shentu Qingchun, CEO of Shenzhen-based blockchain company BankLedger, said that policymakers may have realized that such a sweeping measure is not conducive to the Chinese fintech industry's development and are taking steps to minimize the negative impact.

"Hong Kong may just be the first example to allow the setting up of virtual property trading exchanges. Shenzhen and South China's Hainan Province may be the next to start legitimate virtual currency trading," Shentu told the Global Times on Wednesday.

Following the announcement, Shentu plans to move the company's digital currency trading center dfex.com back to Hong Kong. The exchange was originally set up in Malaysia.

Other cryptocurrency industry insiders in the mainland were also excited by the news. Some told the Global Times that they have started to look for partners in Hong Kong.

Apart from the potential move of legalizing virtual property trading, financial authorities from the mainland have also been strengthening cooperation with Hong Kong in various sectors recently, moves that experts said could help the financial hub consolidate its position amid months of riots in the city.

On Wednesday, Hong Kong also forged cooperation with the Chinese central bank to promote the application of blockchain technology in its finance sector, the Hong Kong Monetary Authority (HKMA) announced.

On its website, the HKMA said that a memorandum of understanding was signed between the subsidiaries of Hong Kong Interbank Clearing and the Institute of Digital Currency of the PBC to conduct a proof-of-concept trial, aiming to connect eTradeConnect and the Trade Finance Platform of the PBC.

"Once the connection has been successfully established, it will provide firms in both regions with more convenient trade finance services and will enable banks in Hong Kong to expedite the expansion of their trade finance businesses," the HKMA said.

"[Blockchain applications including] digital currency are an irresistible trend. As an international financial hub, Hong Kong needs to develop this technology," Liang Haiming, dean of the Belt and Road Institute at Hainan University, told the Global Times on Wednesday.

As Hong Kong has plagued by unrest caused by anti-government protesters and rioters, its financial stability and development have been doubted by certain Western countries, but Liang said that "cooperating with the mainland, which has already taken the lead, will help Hong Kong consolidate its position."

Liang noted that Hong Kong and the mainland complement one another in the application of blockchain in the financial sector.

"Hong Kong looks to the mainland's vast talent pool and technology with regard to blockchain, while the mainland is keen to utilize Hong Kong's international market," Liang said.