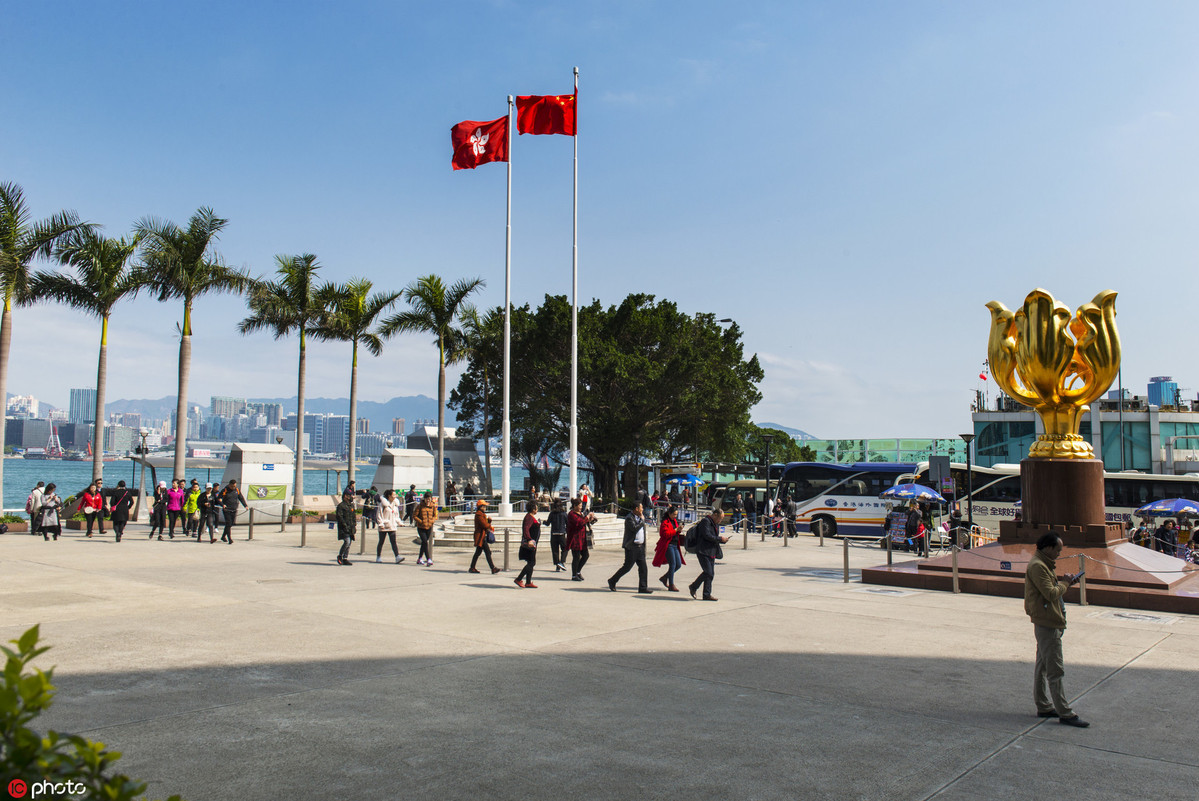 Leading financial agencies, economists worldwide and Hong Kong officials have issued fresh warnings on the city's potential for recession and the spillover effects on the global economy, as the monthslong turmoil in the key trade hub continues to dampen market confidence and disrupt business operations.

They say that ending violence and resuming social order is the top priority amid early signs that global economic prospects could plummet.

In the latest escalation of violence, protesters used weapons including gasoline bombs to attack the police over the weekend, destroyed shops in the city and sabotaged the innovation, science and technology sectors, Hong Kong Special Administrative Region Chief Executive Carrie Lam Cheng Yuet-ngor told a news conference on Tuesday.

The SAR's exports in July saw a year-on-year drop of 5.7 percent, while imports in the same period plummeted 8.7 percent, the SAR government's Census and Statistics Department disclosed on Monday.

Japan's leading brokerage, Nomura Securities, said in a research note on Monday, "We are concerned that the ongoing political tensions in HK are now affecting the key pillars of the economy (such as retail sales, tourism, property prices) and thus the outlook of corporate earnings."

Nomura has cut its rating on MSCI's basket of Hong Kong companies to "underweight" from "overweight", Reuters reported.

Similarly, Moody's Investors Service revised its growth forecasts for 16 Asian economies on Friday, saying that Hong Kong has shown "particularly weak expansions this year, with very large deteriorations in real GDP growth when compared to the first half of 2018".

Moody's said the weaker global economy has stunted Asian exports, and the uncertain operating environment has weighed on investment. In particular, softer capital formation has mirrored the weakening in exports, especially for trade-reliant economies such as Hong Kong, it said.

US Federal Reserve Chairman Jerome Powell has warned that "we have seen further evidence of a global slowdown".

Powell referred to the "rising tensions in Hong Kong" when warning that "long-term bond rates around the world have moved down sharply to near post-crisis lows", the Associated Press reported on Friday.

Paul Chan Mo-po, financial secretary of the SAR's government, has warned that the deteriorating external environment and continued violent protests in Hong Kong are creating an "economic typhoon".

The aggregate unemployment rate of the retail, accommodations and food services sectors has risen from 3.4 percent at the start of the year to 4.3 percent, with 27,500 unemployed, Chan wrote in his weekly blog on Sunday.

"In retrospect, the unemployment situation deteriorates much faster than people would expect," he said.

Wang Wen, executive dean of the Chongyang Institute for Financial Studies, a think tank at Renmin University of China in Beijing, said, "The riots in Hong Kong are pushing it toward the edge of peril, and if it loses its status as a global financial center, that scenario will deal a heavy blow to its already shaky situation."

Carmen Reinhart, a Harvard University economist whose focus is international finance, said that "one shock that is concerning me a great deal at the moment is the turmoil in Hong Kong", which could affect growth in China and Asia generally.

"These are not segmented regional effects, these have really global consequences," she said in an interview with Bloomberg Television on Friday, adding that this "could be a tipping point that could trigger a very significant global slowdown, or even recession".

Jia Jinjing, assistant dean of the Chongyang Institute for Financial Studies, said the escalated riots in Hong Kong pose an increasing hazard to the city's prosperity and are "dealing irreversible harm to Hong Kong's ability to build up and shape its credibility".

Hong Kong's role as a bridge in channeling foreign direct investment to the Chinese mainland is "faced with risks of being diminished", Jia warned.

Lam, the Hong Kong chief executive, urged people from all walks of life on Tuesday to bring back order and tranquility, saying the SAR government will continue "zero tolerance" toward all violent behavior.