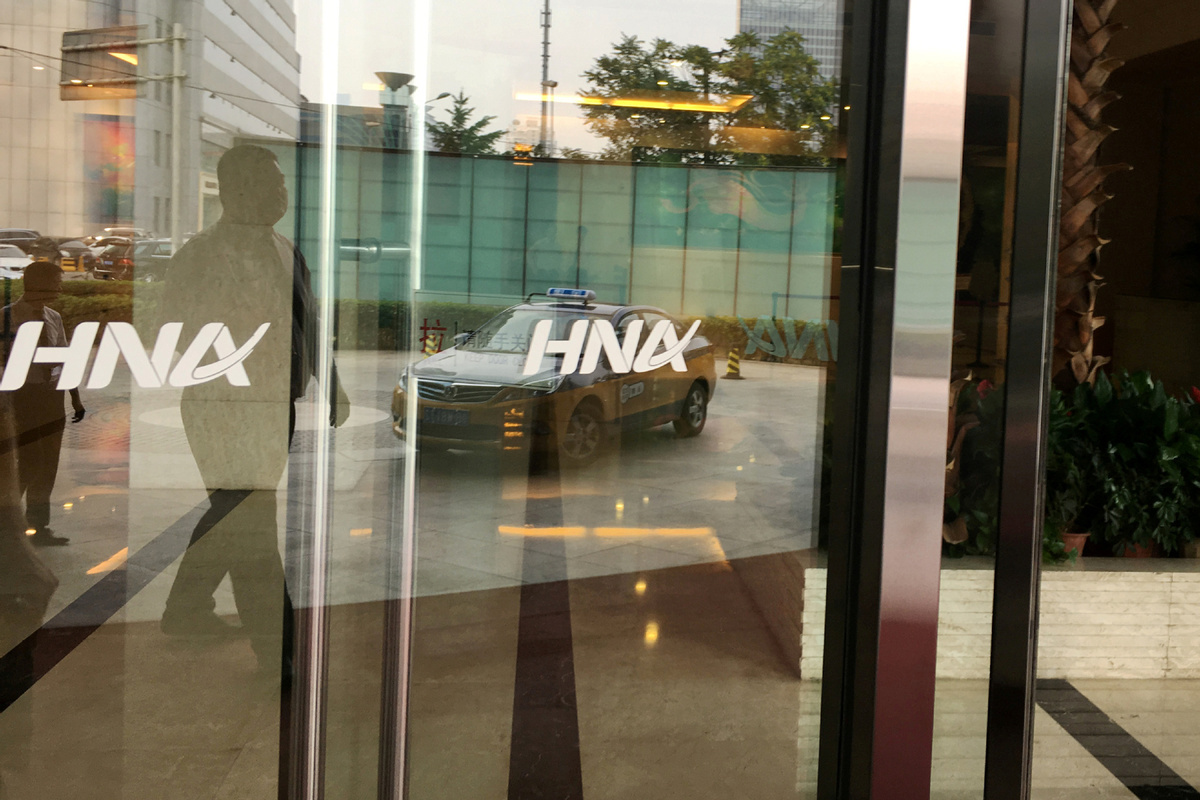 The HNA Group logo is seen on the gate of HNA Plaza building in Beijing, July 4, 2018. (File photo: China Daily)

The widespread speculation on Hainan government's help of Hainan Airlines Group was confirmed by the group on Saturday, after a joint working group was formed take charge of the group's risk disposition.

HNA Group announced to public Saturday that since the start of the group's illiquidity in late 2017, the group has been seeking solutions to rescue itself, but the efforts failed to completely resolve the risks. The novel coronavirus epidemic in early 2020 further worsened the group's liquidity risks, according to HNA Group.

To effectively reduce risks and protect the interests of all parties, a joint working group has been formed by professionals from various local government divisions at the request of the HNA Group.

During a shareholders meeting, the group reelected some of its directors and the board of directors decided to nominate Tan Xiangdong as CEO and Ren Qinghua as co-CEO.