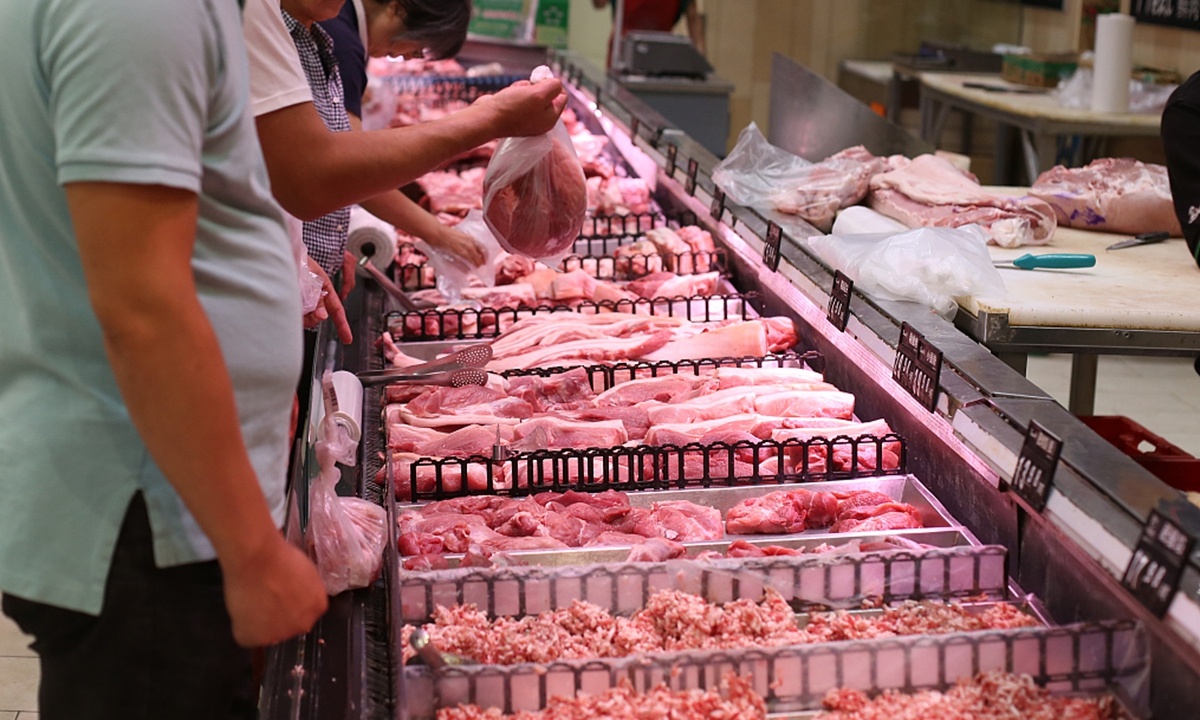 China's hog price has been falling since the beginning of the year, which is likely to help reduce hog imports.

As of Saturday, the average national hog price had dropped to 17 yuan ($2.6) per kilogram from a high of 37 yuan at the beginning of the year, edging back to the level in late 2019 when prices began to rise due to the outbreak of African swine fever (ASF).

Farmers who bought piglets at the beginning of this year are reportedly suffering huge losses -- as much as 1,000 yuan for each pig.

Li Yunlong, a hog farmer, told the Global Times that he has lost almost 800 yuan in selling each pig.

"Compared with the beginning of the year, the cost of food and feed increased by 30 percent, while the market price of pig dropped by 60 percent," Li said.

He has a herd of thousands of pigs, and plans to sell some of them to cut his losses.

Pigs sales revenue in May fell from the previous month, according to data from major hog farms.

A file released by Zhenghong Science showed that it sold 8,500 hogs, down 41 percent from April. Another top hog producer -- Muyuan Foods -- said its sales revenue dropped to 6.78 billion yuan in May, down 14.44 percent from April.

The fall in prices is due to the recovery of local production capacity, Li Guoxiang, a research fellow at the Chinese Academy of Social Sciences, told the Global Times on Monday. He predicted that hog imports in the second half of 2021 will be significantly reduced, as domestic hog prices return to normal.

"The domestic hog output is expected to satisfy market demand in the second half of the year," he said.

China's consumer inflation ran at a low level in April, at a 0.9-percent gain year-on-year, while wholesale inflation continued to rise due to elevated bulk commodity prices, official data showed on Tuesday.

Along with a rapid recovery of live hog output and a drop in market demand, the price of pork plunged a whopping 21.4 percent year-on-year in April, which made a considerable contribution to the low consumer price index in April.

The output of pork in China is likely to hit 50 million tons in 2021, up 20 percent from 2020, and prices will continue to drop as a result, said a report from the Rural Development Institute of Chinese Academy of Social Sciences.

The accumulation of expertise in dealing with ASF in recent years and the coronavirus prevention measures will put hog production on a speedy growth path this year, said the report.

Official data showed that in the first quarter of 2021, China's pork imports reached 1.16 million tons, an increase of 22.11 percent year-on-year. The top three source countries were Brazil, Spain and the US.