BUSINESS Holiday shopping off to slow start, US retail sales up 0.2%

Holiday shopping off to slow start, US retail sales up 0.2% 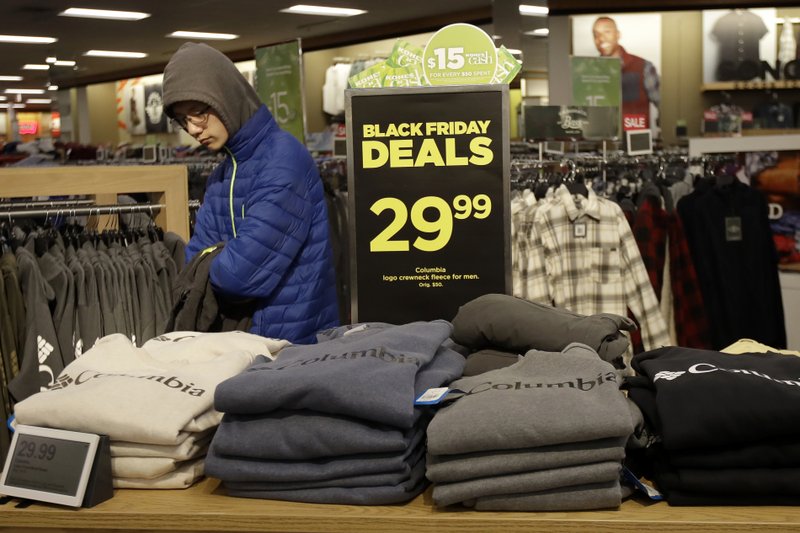 US retail sales rose at a modest pace in November as the holiday shopping season appeared to have a slow start.

The Commerce Department said Friday that retail sales increased a seasonally adjusted 0.2% in November, down from 0.4% in the previous month. Healthy car sales lifted the overall figure. Excluding autos, sales ticked up just 0.1%.

Steady job gains, a low unemployment rate and rising wages have lifted consumer confidence and economists expect this year’s holiday shopping season to be a healthy one. But with Thanksgiving falling later in November there were fewer shopping days after Black Friday. Parts of the Midwest were also hit last month with snow and cold weather, which may have discouraged some spending.

Still, there were signs of consumer health. October’s retail sales were revised higher, to a gain of 0.4%, up from 0.3%. In the past year, retail sales have increased 3.3%, a slightly faster pace than the previous month.

Auto sales rose 0.5% in November, possibly buoyed by lower interest rates on many auto loans. Sales at electronics and appliance stores rose 0.7%, the most since July. Gas station sales also picked up 0.7%, though that can reflect higher prices at the pump. The retail sales figures aren’t adjusted for price changes.

Sales plunged 1.1% at health and personal care stores, the most in nearly a year, and dropped 0.6% at clothing outlets. General merchandise stores, which include large chains such as Target, eked out a 0.1% gain.

A category that mostly includes online sales reported a 0.8% gain as e-commerce continues to gain a greater share of consumers’ dollars. Online sales have jumped 11.5% in the past year, nearly quadruple the overall increase in retail sales.

Retail sales are watched closely because they provide the first read of consumer spending each month. Exports have also slipped for much of this year.

The economy expanded at a 2.1% annual pace in the third quarter, though many economists forecast that it will slow a bit to a range of 1.5% to 2% in the final three months of the year.