Holidays a boost to China's economy 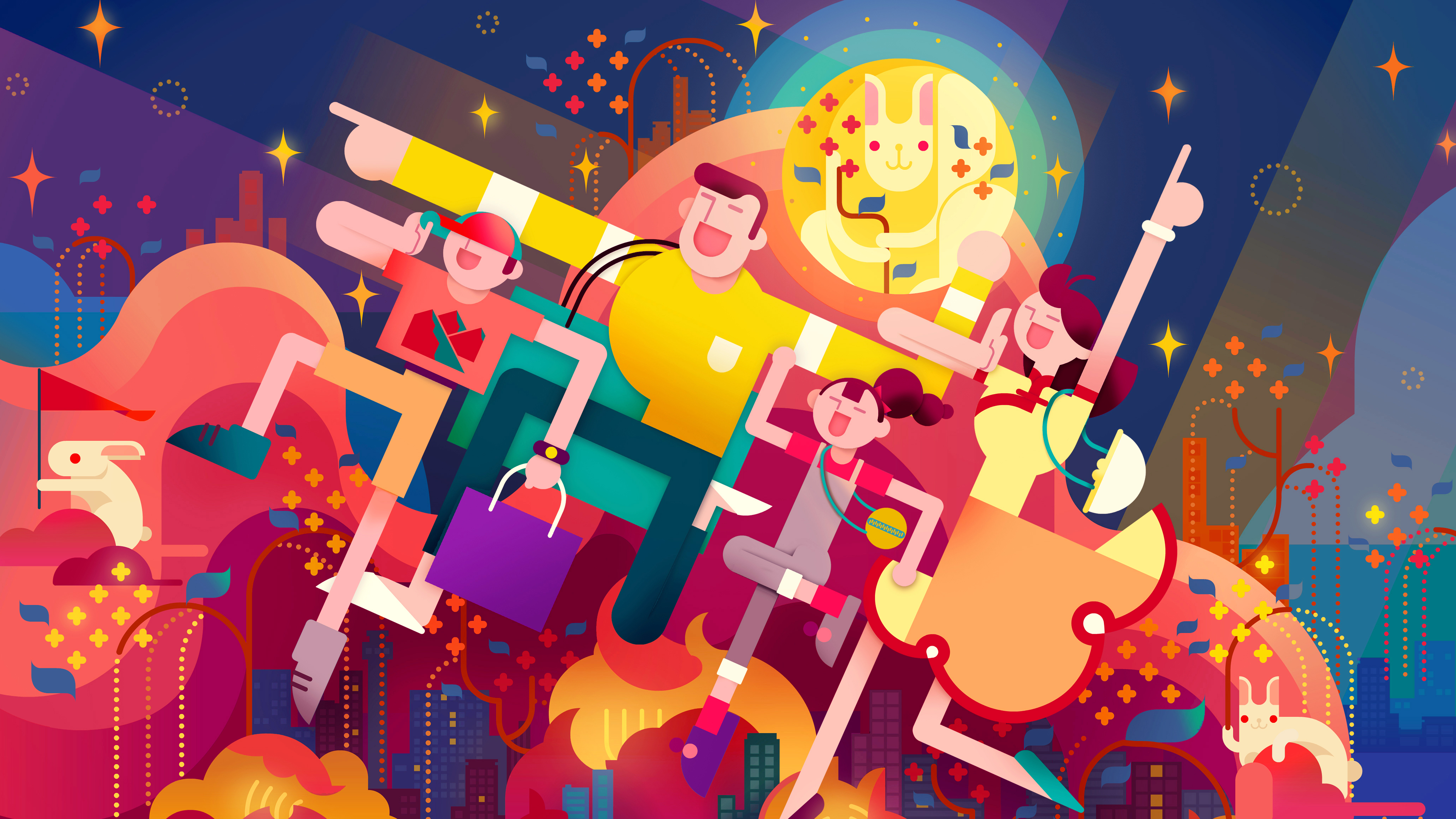 China's holiday economy is growing as online retails and mobile e-commerce develop. The total value of the market reached 800 billion yuan (113 billion U.S. dollars) in 2018. Holidays such as the New Year's Day, Spring Festival and Chinese Valentine's Day have become hot spots for consumption. The same is true with the ongoing Mid-Autumn Festival. 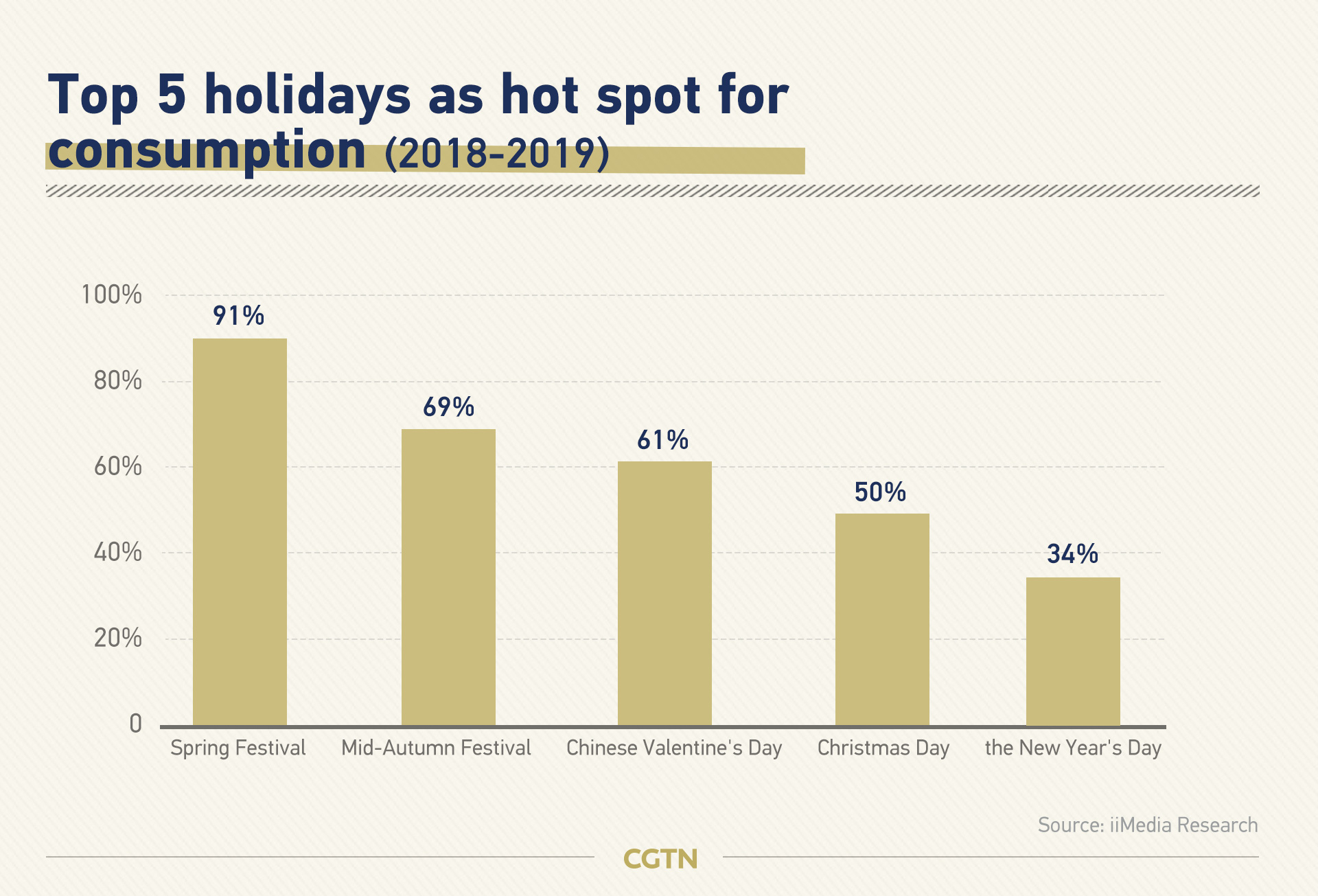 Mooncakes, alcoholic drinks, and hairy crabs are undoubtedly atop the list of the Mid-Autumn consumption. Mooncakes sales increased by about 135 percent year on year, and 56 percent of the consumers aged 30-39, Suning data showed.

Sales for alcoholic drinks grew by about 126 percent year on year, and sales for white spirits accounted for 73 percent of the total, becoming a popular gift for the Mid-Autumn Festival. Among alcoholic drinks consumers, over 38 percent were born after 1980 and most of them are males, according to Suning data.

Hairy crabs sales rose by about 142 percent year on year. Thus gift is very popular with young consumers, with more than 36 percent of consumers being young people, Suning data showed. Tmall data also showed over 40 percent of hairy crabs consumers on its platform were born after 1990. 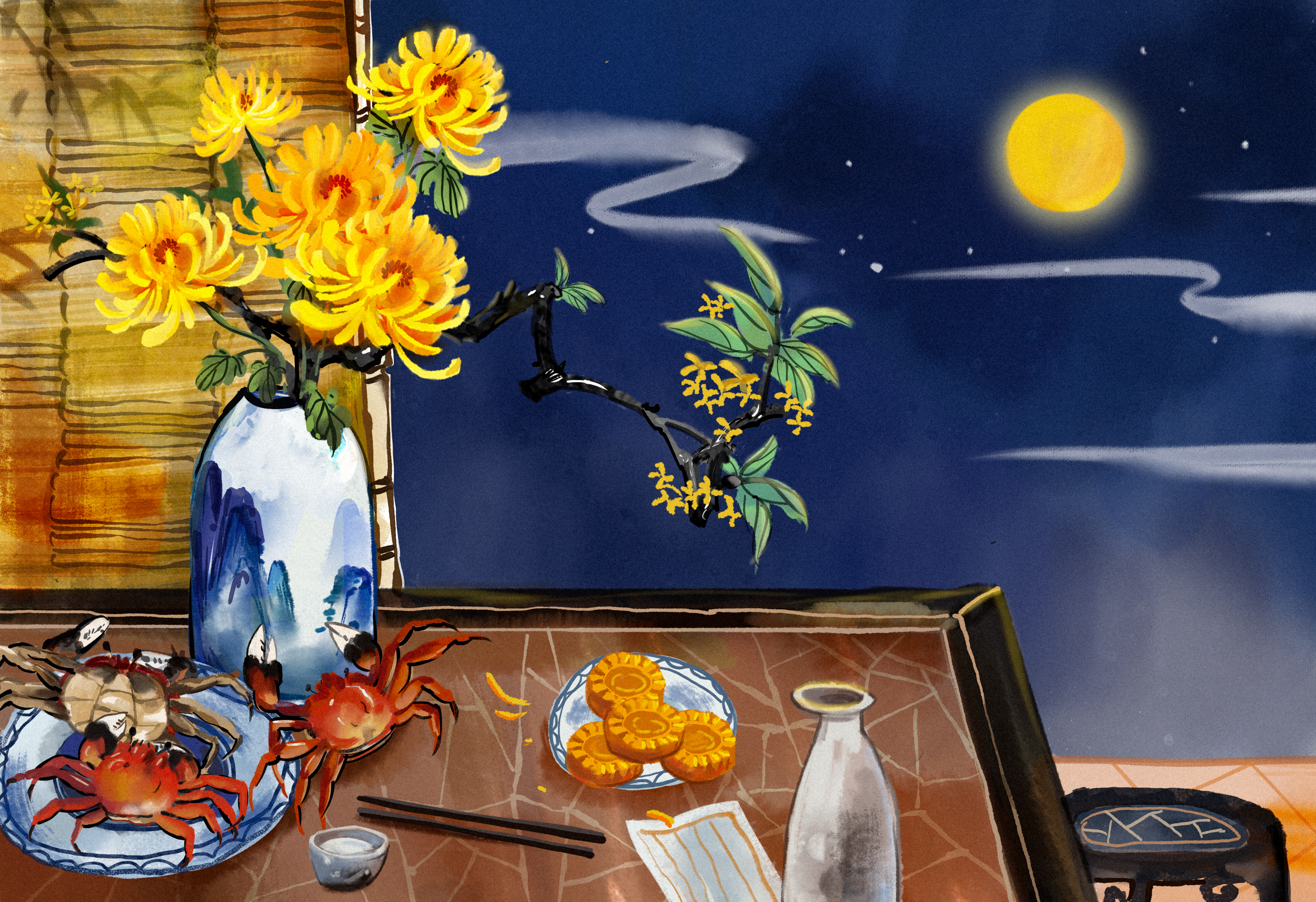 China's national brands are hot in the consumers' market during the Mid-Autumn Festival. They are more trendy, combining Chinese cultural intellectual property (IP) with consumer products. For example, the cultural IP-related mooncakes launched by the Palace Museum and the Summer Palace were welcomed by the market.

Chinese sporting and athletic brand like Li-Ning also launched a limited edition of sport footwear. It has combined the "Moon Phase" with the design of shoes, giving the product a festive meaning. Many believe that the impression of Made-in-China products in the minds of consumers is changing.

China's holiday economy has gradually shifted from offline to online, as the e-commerce marketing has been popularized with rapid development of the mobile internet under the background of the country's consumption upgrade. 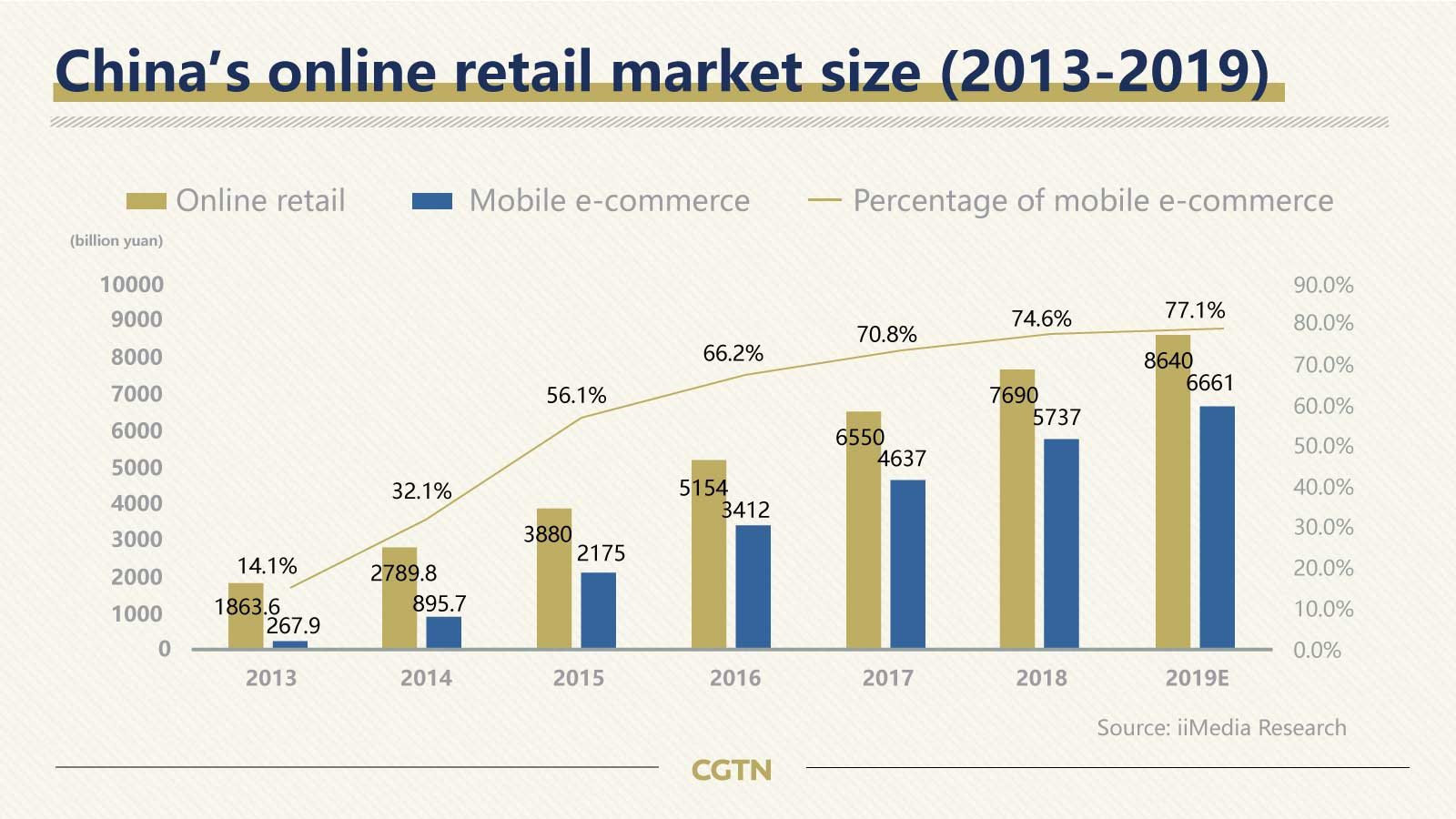 The country's online retail market stood at 7,690 billion yuan in 2018, with the mobile market accounting for 74.6 percent. The number of mobile e-commerce users reached 512 million in 2018, and the number is expected to reach 546 million this year. The rapid development of online retail, as well as the steady increase of the number of mobile e-commerce users, has promoted the growth of the holiday economy. 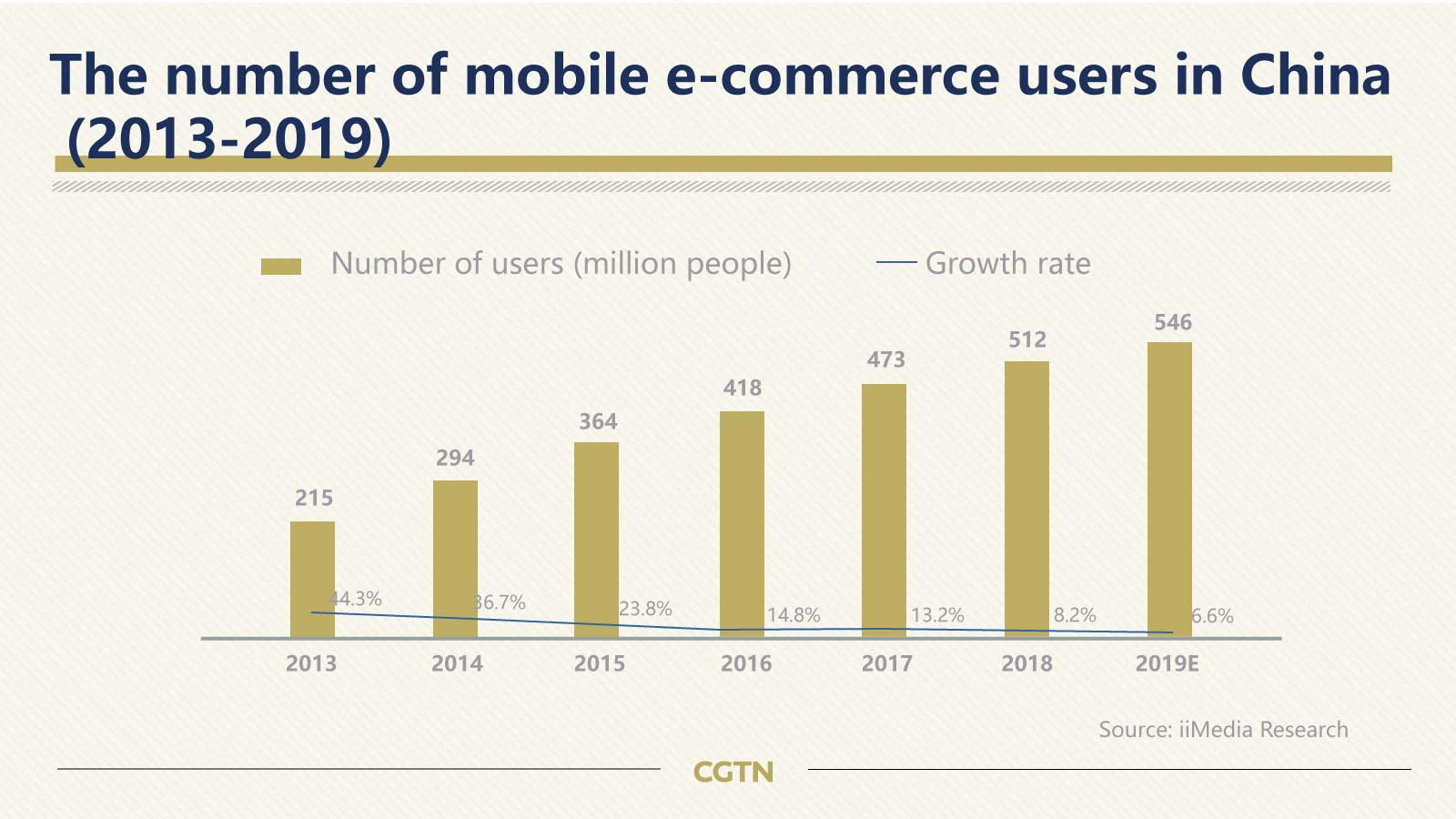 With the improvement of people's living standards and the development of the market, the main player of the market has changed from group consumers like companies to individual consumers. During holidays, the demand for gifts that express personal emotion to family and friends is growing, so is the holiday economy.