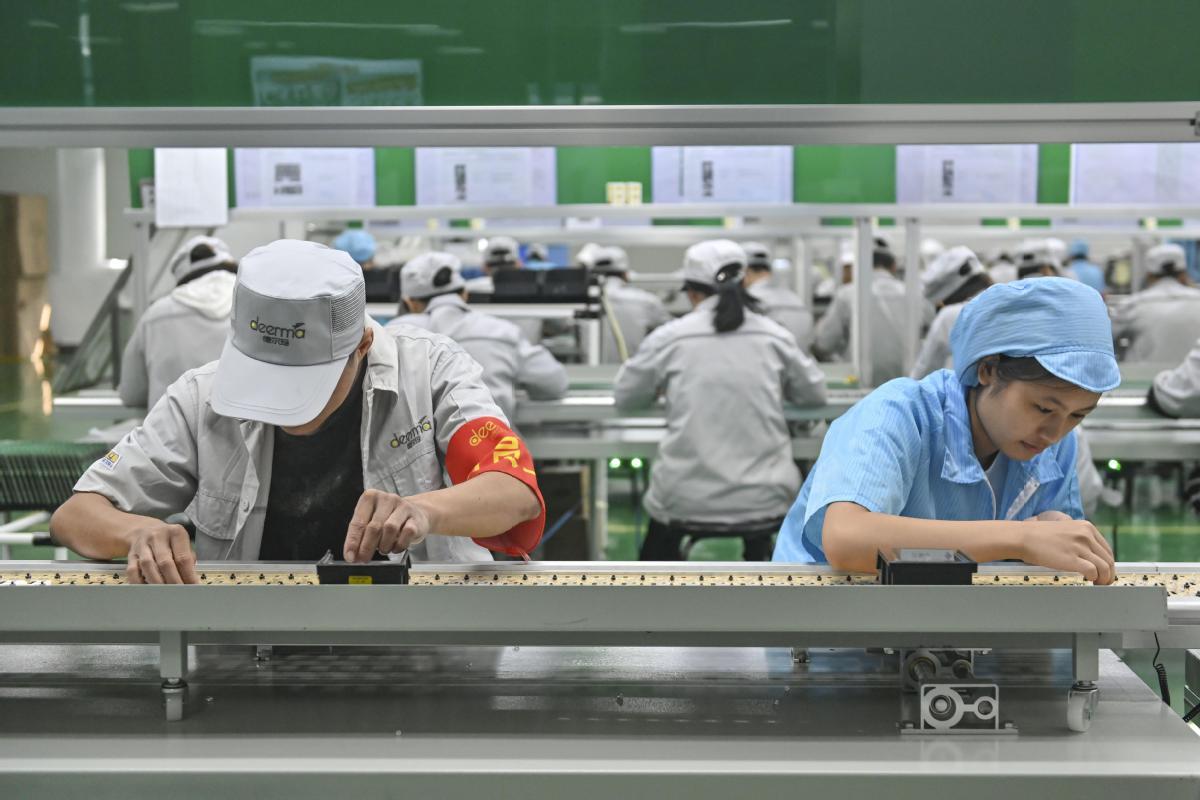 Innovative designs, brand expansion and online promotions have helped Foshan Shunde Deerma Electric Appliances Co Ltd, a manufacturer of small home appliances, increase its sales during the past few months of this year.

Deerma, established in 2011 in Foshan of Guangdong province, realized a growth of more than six times on a yearly basis in overseas sales during the first six months of this year, largely from small home appliances like humidifiers and vacuum cleaners, according to Li.

"Reliant largely on self innovation and quality enhancement, small home appliances will also have a positive performance in the global market," said Li.

The rising demand for high-quality consumption will continue to be consolidated, with small household appliances becoming popular among tech-savvy consumers, according to Li.

"Small electrical appliances, like air purifiers, electric kettles and hair dryers, have long been seen as of low quality and cheap prices due to simplified design and processing," he said.

Showing a multifunctional electric iron, Li said the company had made great efforts to redefine its products by innovative and multifunctional design, aiming to cut distances between products and customers.

"The electric iron will become a portable streamer when it is open. We have integrated both functions into one device, which will be packed in a storage box," said Li.

According to Li, online channels played a big role in boosting sales in the past several months.

"We have promoted various products with multifunctional features that are suitable for use at homes," said Li.

As of September, Deerma's online sales reached more than 200 million yuan ($29.9 million), according to Li.

"Despite the COVID-19 pandemic, we have seen explosive growth in online sales, especially through livestreaming channels," said Li.

Since its establishment in 2011,Deerma has finished several rounds of financing worth over 1 billion yuan, based on its strategy of being a market leader in small home appliances.

After completion of financing, Deerma will accelerate its presence in brand marketing, research and development of products and international market expansion, said Li.

"Based on the needs of young customers, we will launch more than 60 varieties of small home appliances each year to meet the growing market demand," he said.

According to Intelligence Research Group, a Beijing-based industrial and market consultancy, China's small home appliances industry is expected to surpass 460 billion yuan in market size this year and record strong growth in the next three to five years.

Statistics from market consultancy All View Cloud showed the sales of small kitchen appliances amounted to 130.16 million units during the first six months of this year, up 6.5 percent on a yearly basis.

Additionally, sales of small kitchen appliances from online channels reached 107.93 million units during the first six months of this year, up 25.4 percent on a yearly basis, according to the consultancy.

In Foshan, a manufacturing base of electrical appliances in South China, a growing number of manufacturers have seen steady growth in sales during the last several months, especially on online channels.

Guangdong Bear Electric Co Ltd, a small home appliances manufacturer based in Foshan, said its sales on Alibaba's online marketplace Taobao increased by more than 50 percent year-on-year in the first half of this year, while its sales on JD rose by over 40 percent on a yearly basis.

Founded in 2006, the company has developed a series of unique and creative small household electrical appliances, including yogurt makers, egg boilers, electric stewpots and electric steamers which are popular among young consumers.

"China's small household appliance enterprises will see a market expansion in the near future as they make continuous innovations in the fields of technology, quality and design," said Liu Buchen, an independent researcher of the home appliances sector.