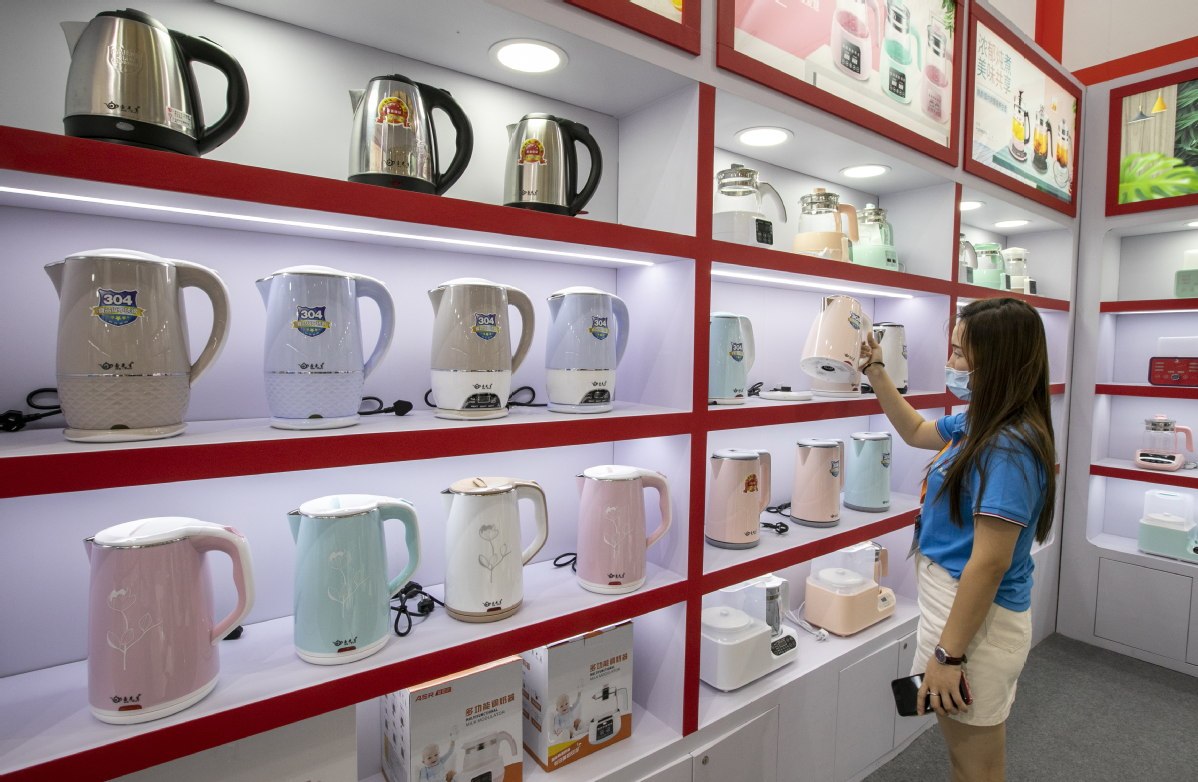 A visitor looks at an electric kettle on display during a home appliance expo in Shanghai. (Photo: China Daily)

China's home appliance sector saw a strong rebound during the second quarter of this year, with total revenue rising by 2.64 percent on a yearly basis to 248.6 billion yuan ($35.6 billion), on the back of a healthy surge in online e-commerce retail, a new report said.

Retail sales of home appliances in China during the first six months of this year stood at 369 billion yuan, down 14.13 percent on a yearly basis due to the COVID-19 outbreak, said a report released by the China Center for Information Industry Development under the Ministry of Industry and Information Technology.

Home appliance manufacturers and retailers in the country have been readjusting their sales strategies in accordance with the various measures implemented to keep the epidemic under control and also to benefit from the consumption promotion policies. The strategy has paid off with overall sales improving significantly and returning to the levels seen last year, the report said.

Online sales revenue of home appliances stood at 191.3 billion yuan during the January-June period, up 7.23 percent on a yearly basis. Online channels accounted for 51.84 percent of the total home appliance sales via retail channels, despite the challenges posed by the COVID-19 outbreak.

E-commerce giant JD was the leader in online retail sales of home appliances, accounting for 28.86 percent of the market, followed by Suning and Alibaba's online marketplace Tmall.

"The epidemic will speed up the revolution in retail channels," said Guo Meide, president of Beijing-based consultancy All View Cloud.

"The 'New Retail' wave would lead to a reshuffle of the traditional offline channels, with the distinction between online and offline shopping becoming increasingly obsolete," Guo said.

The report also said in terms of products, most of the home appliances experienced different degrees of market shrinkage and suffered a fall in sales in the first half of the year. However, the sales of products for sterilization and disinfection increased significantly, such as disinfection cabinets, water purification equipment and dishwashers.

Generally speaking, the outbreak had a limited influence on the small household appliances sector with consumers preferring to make these purchases via online retail platforms and in most cases they did not require installation by technicians, said Li Ting, deputy director of the kitchen appliances department at AVC.

Li said merchants are willing to sell these products at social e-commerce websites and livestreaming platforms. "Online shopping habits of consumers will be cultivated further and we will see an increase in the proportion of online sales involving small home appliances."