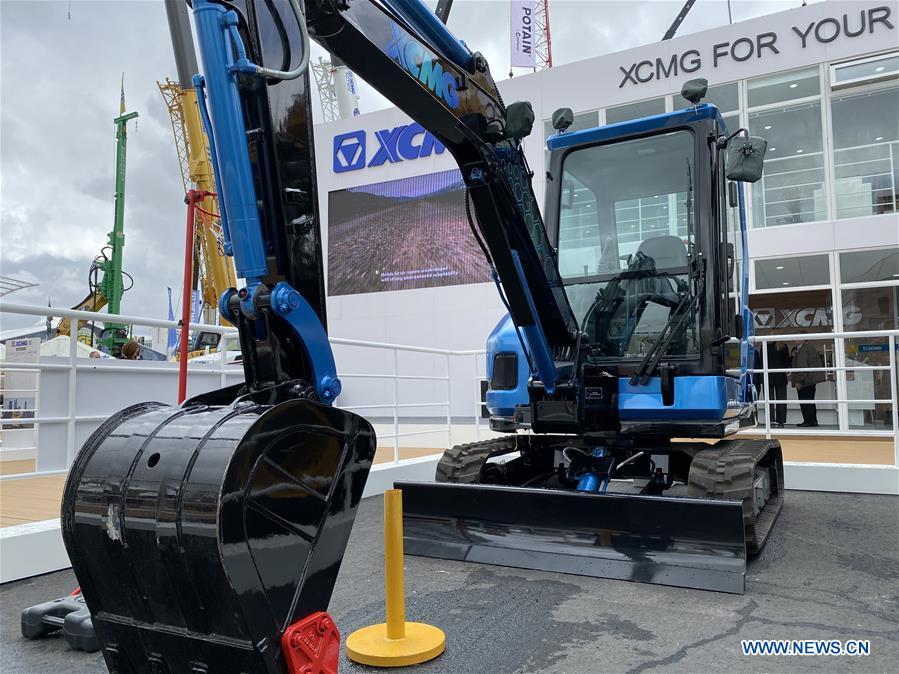 Chinese companies notched up a 42-percent growth in excavator sales on a yearly basis to 17,500 units, according to data released by information provider 21cme.cn. Domestic sales rose 49 percent on a yearly basis to 15,200 units in July, while equipment exports grew 7 percent year-on-year to 2,300 units.

Analysts said the sales momentum is an indicator of the healthy rebound in domestic demand as well as a sign that infrastructure projects are increasing amid accelerated work and manufacturing resumption across the country. The government's effective measures to contain the spread of COVID-19 epidemic and the orderly resumption of business will continue to buoy demand in the long run, they said.

Kong Lingxin, an analyst at China International Capital Corp, said excavator sales will continue to witness positive growth during the second half of this year.

"Considering the increasing number of infrastructure projects and the rebound in real estate investment, sales of excavators are set to rise by 40 percent to 50 percent on a yearly basis in July," Kong said in a recent CICC report. "We believe the construction machinery sector will witness steady growth in the next two years."

Sinolink Securities expects excavator sales to reach 300,000 units for the whole year, up by over 25 percent on a yearly basis.

According to the report, the robust increase in July came as core component manufacturers hiked their production targets by 70 percent year-on-year during the period and also on the back of special bonds issuances. In May, the government said that it would raise this year's quota of special local government bonds to 3.75 trillion yuan ($540 billion), up by 1.6 trillion yuan on a yearly basis.

Premier Li Keqiang told a news conference during the two sessions that most of the funding will be used for new infrastructure and new-type urbanization and key projects for national development.

Though a wide range of sectors were hit badly by the novel coronavirus outbreak, the construction machinery sector registered strong growth in the second quarter on the back of government measures to boost infrastructure investment, said Qi Jun, president of China Construction Machinery Association.

Qi said inward investment will be one of the main drivers of economic growth on the premise that proper epidemic prevention and control measures have been put in place.