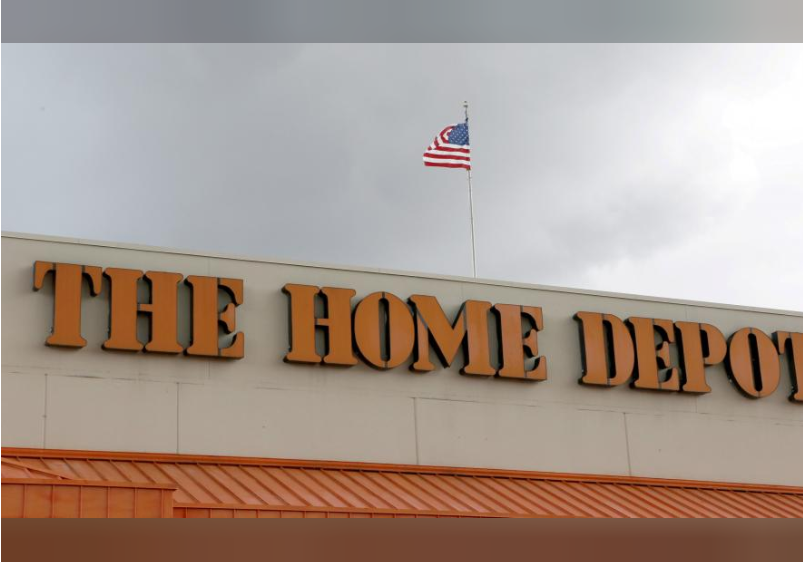 Home Depot Inc on Tuesday missed Wall Street forecasts for sales at established stores as an unusually long winter hit sales of springtime gardening products, but the retailer said it expects to recoup a majority of those lost sales.

The sales outlook helped the company’s shares trim initial losses. The stock, which fell over 3 percent in early trade, was last down 1.8 percent at $187.63.

The miss was the first in seven quarters for the top US home improvement chain, which has in recent years largely bucked the trend of big-box stores losing shoppers to online retailers including Amazon.com Inc.

“The miss in terms of garden was significant against what we planned,” Chief Executive Officer Craig Menear said on a call with analysts. He was referring to sales of garden-related products such as fertilizers and mulch, which account for 15 percent to 20 percent of revenue, and took a beating in the first quarter.

Still, Home Depot kept its full-year sales and earnings forecasts intact and said it was seeing double-digit sales growth in May.

In terms of profitability for the year, the retailer expects to invest a significant portion of its operating margin back into improving its stores, enhancing customer experience and strengthening its supply chain, Chief Financial Officer Carol Tome said in an interview.

Sales at Home Depot stores open for more than a year rose 4.2 percent in the first quarter ended April 29, falling short of analysts’ average expectation of a 5.4-percent increase, according to Thomson Reuters I/B/E/S.

A winter that prolonged into March and April in some parts of the United States caused a 1.3-percent decline in customer traffic and forced Home Depot to slap deep discounts on several seasonal products.

Patio furniture, for instance, was marked down by up to 30 percent, Home Depot’s website showed.

Recent data has suggested that US homebuilding activity may be slowing, after construction of single-family homes — the biggest share of the housing market — fell 3.7 percent in March.

The figures have also raised concerns that rising mortgage and interest rates — though historically low — were weighing on construction activity and consumer spending.

Home Depot’s Menear allayed some of those fears, saying: “The US economy is strong and housing fundamentals continue to be supportive of our business ... we do not expect interest rates to lead to a slowdown in customer desires or demand.”

The company’s total net sales rose 4.4 percent to $24.95 billion in the first quarter but fell short of expectations, while earnings per share topped estimates.