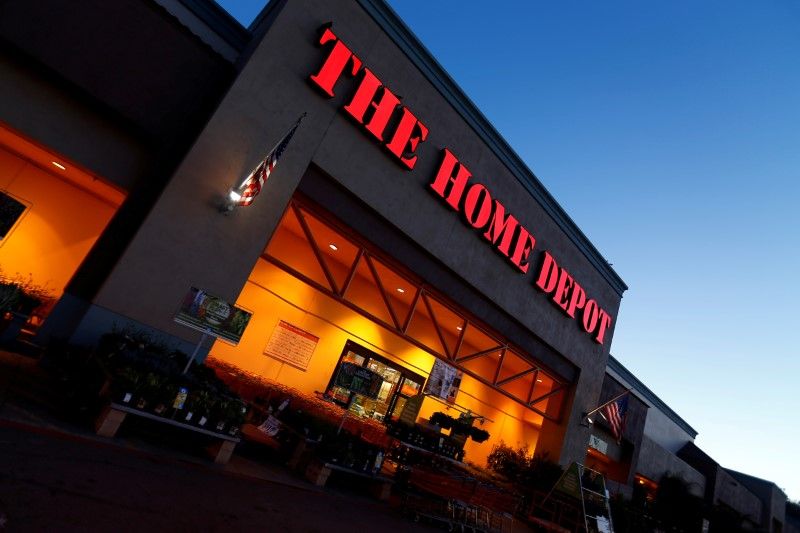 Shares of Home Depot, which raised its quarterly dividend by 15.7 percent to $1.03 per share, were up about 1.4 percent at $189.55 in morning trading. They rose more than 4 percent premarket.

The U.S. housing market has been on a winning streak, helped by rising employment and higher wages. That has encouraged homeowners to buy new homes or remodel existing ones, benefiting Home Depot and smaller rival Lowe’s Cos Inc.

“The U.S. economy is strong and tax reform is net positive for the housing industry,” Chief Financial Officer Carol Tome said on an earnings call.

However, Home Depot’s comparable store sales growth forecast for its current fiscal year was shy of analysts’ estimates. But that did not deter Wall Street’s expectations.

“The outlook will prove conservative given continued momentum in housing and the company’s ability to execute,” Telsey Advisory Group analyst Joseph Feldman said.

Home Depot’s results are in contrast to that of Walmart Inc (WMT.N), which on Tuesday reported a lower-than-expected quarterly profit and posted a sharp drop in online sales growth during the holiday period.

Home Depot said sales at its stores open for more than a year rose 7.5 percent in the fourth quarter ended Jan. 28. That beat analysts’ average estimate of a 6.5 percent increase, according to Thomson Reuters I/B/E/S.

The company expects comparable store sales growth of 5 percent in the current fiscal, while analysts were expecting a 5.4 percent increase.