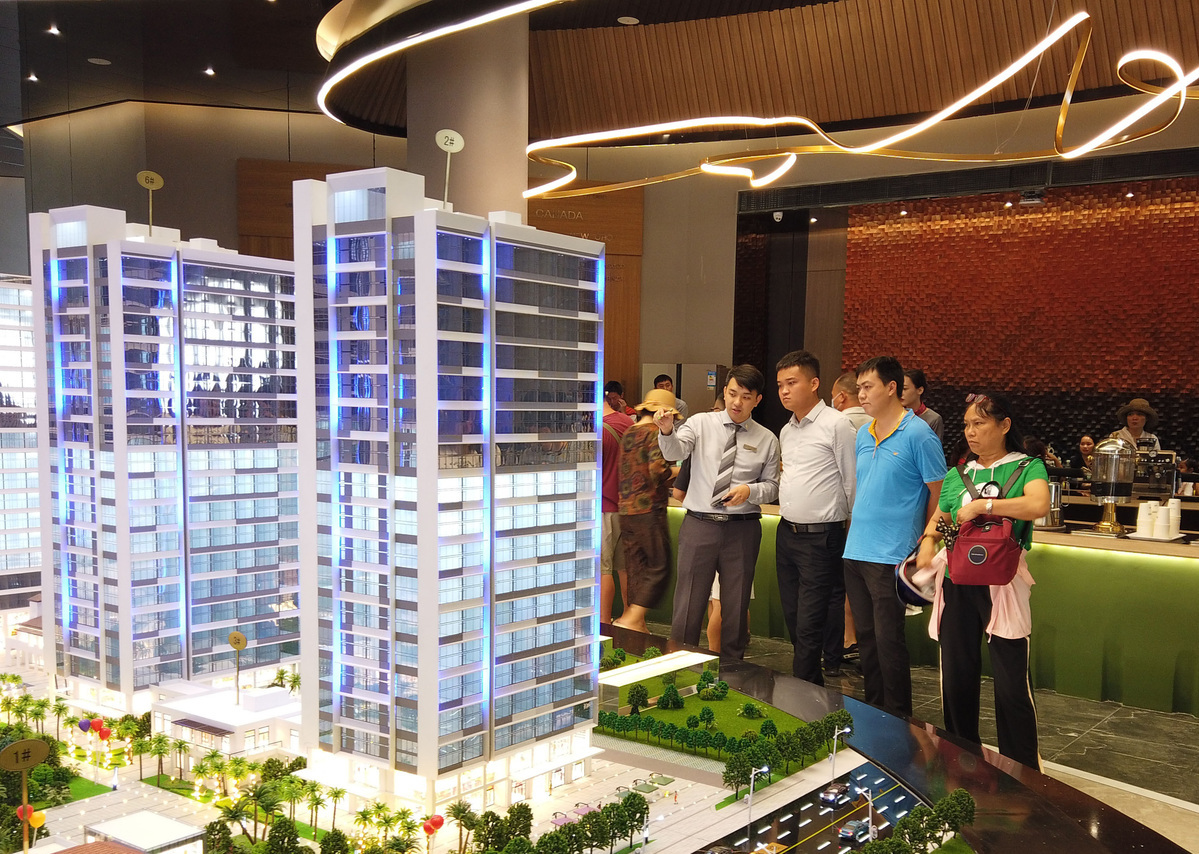 Home prices continued to recover in China, albeit at a slower pace, as local governments continued their efforts to stabilize the real estate market, experts said.

Led by Yinchuan, capital of the Ningxia Hui autonomous region, 59 out of the 70 cities tracked by the National Bureau of Statistics reported growth in new home prices in July, two less than that of June, according to data released on Friday.

The 70 Chinese cities tracked by the bureau reported a new home price growth of 0.5 percent on a monthly basis, and by 4.8 percent on a yearly basis, both slower than the figures in June.

"Local governments are strictly following the central government's directive that houses are for living in and not for speculation, and are paying special attention to the steady and healthy development of the sector with timely and accurate measures. As a result, we have seen that property prices have remained largely stable in the 70 major Chinese cities," said Kong Peng, chief statistician of the NBS.

July is the third month in a row that Yinchuan has seen the biggest hike in new home prices, and it is necessary for noncore second-tier cities to take equally proactive measures in taming home prices, especially as their eastern peers are maintaining their policies effectively," said Yan Yuejin, director of the Shanghai-based E-house China Research and Development Institution.

New home prices in the top four cities saw a 0.5-percent increase on average from the previous month, with Guangzhou taking the lead with 0.8-percent growth, followed by Shenzhen with 0.6 percent, Shanghai with 0.4 percent and Beijing by 0.3 percent on a monthly basis. Compared to last year, the four top-tier cities saw a 3.6 percent growth in their new home prices, according to NBS.

In the pre-owned home market, Guangzhou again reported the biggest increase of 1.6 percent in transaction prices among the four top cities, followed by Shenzhen with 1.2 percent and Shanghai by 0.5 percent. Pre-owned home prices remained largely flat in Beijing. Overall, 45 out of the 70 cities saw price growth in pre-owned home transactions, five less than the previous month.

"On the one hand, the pent-up demand from the previous months has been assimilated. On the other, more local governments are tightening curbs on real estate to abide by the central authorities' stance on property stabilization. Both these factors have lowered market expectations," said Xu.

Thanks to the effective curbs, new home and pre-owned residential price growths remained stable or slowed in 31 second-tier cities for 15 months in a row. Home prices remained unchanged or saw marginal declines in 35 third-tier cities during the same period.