Honda Motor Co's China vehicle sales fell 6 percent in June from a year earlier to 107,985 units as the company continues to reel under the impact of a quality issue earlier this year, according to  a report by Reuters. 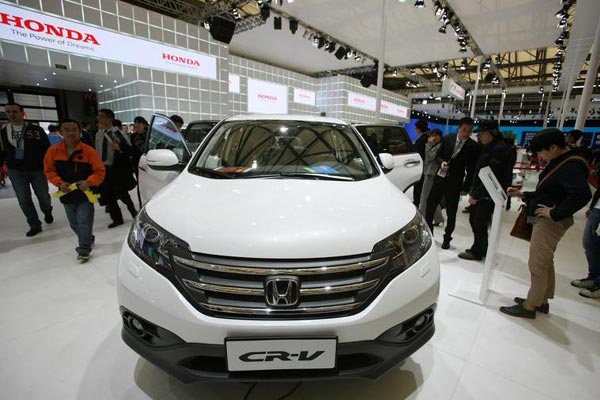 Sales fell for a fifth straight month in June, the Tokyo-based carmaker said on Tuesday.

Honda's sales took a hit after a quality issue surfaced in its popular CR-V sport utility vehicle earlier this year.

Though the company resolved the issue in May, sales for that month were down 15.3 percent, the report said.

During the first half of 2018, Honda's sales volume in the world's biggest auto market fell 6.4 percent from the same period a year earlier to 609,100 vehicles.

In early March, Honda decided to halt sales of the CR-V and noted it may have to do the same with Civic after a Chinese quality watchdog rejected the automaker's plan to recall 350,000 cars to fix the problem.

The issue was resolved after the watchdog in May allowed Honda to recall both the vehicles. However, Honda was not able to resume sales of the CR-V until late May.

The pace of the CR-V's sales drop has since slowed, signaling an imminent reversal.

Honda sales are down across products, in part because the company's image was hit by the CR-V issue, analysts said.

Sales of some of the company's models such as the XR-V subcompact SUV were also under pressure from competition, they added.