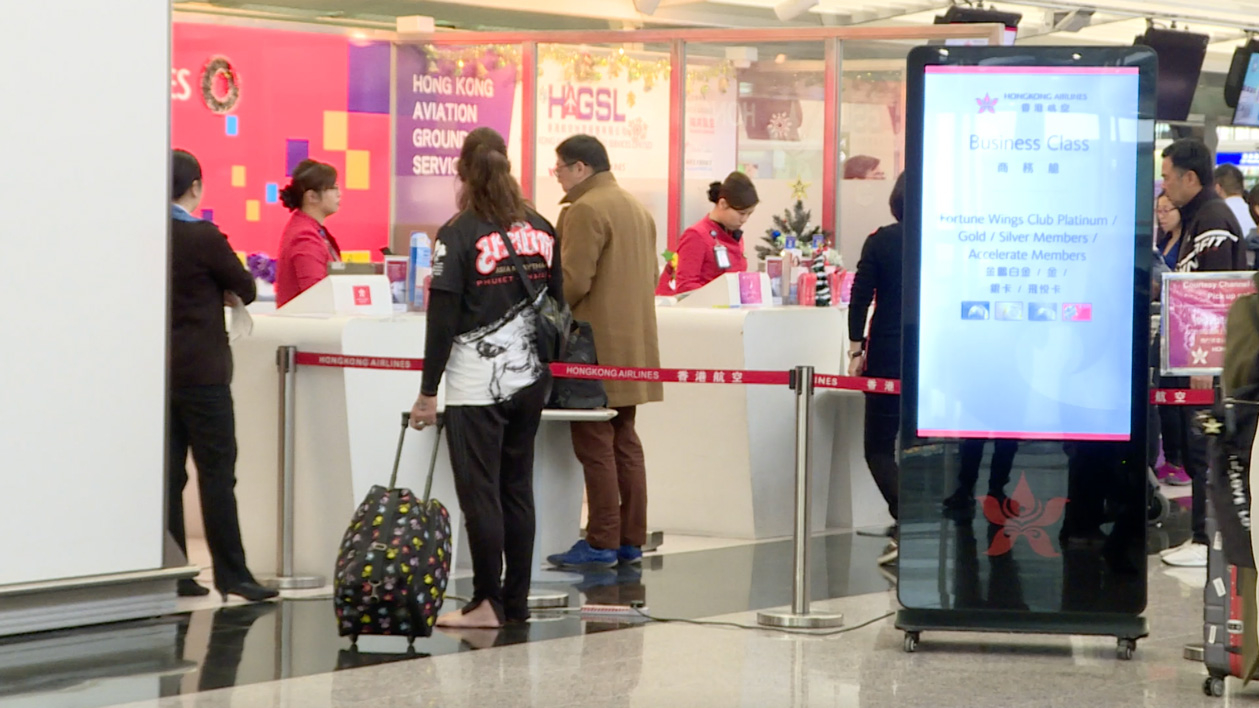 The carrier, for years synonymous with affordable, convenient air travel in and out of the city, struggled to pay some of its staff last month.

"If the company cannot pay the salary of the staff members, staff members will be upset (and) they could make mistakes in the air. It's very troublesome and worrying situation," said Law Cheung-kwok, senior adviser at the Aviation Policy and Research Centre, part of the Chinese University of Hong Kong.

If Hong Kong Airlines cannot pay its fuel expenses or landing charges at overseas airports, authorities abroad could confiscate the airplanes on the ground, Law said. "The financial difficulties could definitely lead to air safety issues," he added.

Two new conditions were attached to Hong Kong Airlines' license on Monday: to find new investors that will help provide funding, and to maintain certain cash levels. A deadline has been set for Saturday.

Hong Kong Airlines said an initial cash injection plan had been drawn up, and outstanding salaries to its staff are due to be paid by Thursday.

"All of our stakeholders, including shareholders and management attach great importance to this matter," Hou Wei, chairman of Hong Kong Airlines wrote in an email interview with CGTN.

Six months of unrest in Hong Kong has damaged not just this airline, but the whole aviation industry. The situation became serious when protesters paralyzed the airport in August.

Airport passenger figures have continued to shrink in recent months. October's total passengers dropped by 13 percent compared to the same period last year, and the cargo volume handled in the same month saw a decrease of 5.5 percent year on year.

"The entire environment is rather unsatisfactory (for) the overall performance of the aviation sector. What happens so far relating to the negative impact on the industry is mainly political and only the government can take the correct steps," Law said.

Despite the potential financial and safety risks, passengers can still make reservations with Hong Kong Airlines. The airport authority said that it will carry out measures where necessary to ensure smooth operations.