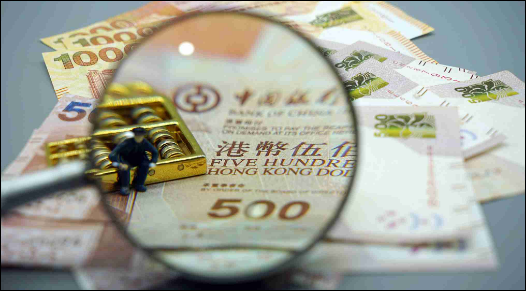 Hong Kong commercial banks raised their benchmark lending rates on Thursday for the first time in 12 years, increasing the cost of home mortgage repayments in one of the world's most expensive property markets.

The moves, which come after Hong Kong raised its base rate in lockstep with the US Federal Reserve, are expected to add pressure on the city's real estate sector, which has just started to show signs of cooling on the prospect of higher rates.

HSBC, Hang Seng Bank and Bank of China (Hong Kong) all said they would raise their benchmark lending rates to 5.125 percent from five percent, while Standard Chartered will raise its to 5.375 percent from 5.25 percent.

The extent of most banks' rate increases, however, was smaller than the 25 basis points expected by the market.

The Hong Kong Monetary Authority (HKMA) hiked the base rate charged through its overnight discount window to 2.50 percent from 2.25 percent earlier on Thursday.

The property sub-index in Hong Kong's stock market closed down 0.9 percent, underperforming a 0.5 percent decline in the broader market.

"Today's change in rates marks the start of the normalization cycle for local interest rates, and we believe Hong Kong is well prepared for the change," HSBC Hong Kong chief executive Diana Cesar said in a statement.

George Leung, an adviser to HSBC Asia Pacific, told reporters the bank had taken into consideration the uncertainties in the global economy, including trade tensions between the United States and China, when it raised its rate.

"I think we have to be very cautious in order not to increase the additional burden on the local economy and society, particularly when the economy in the future is highly uncertain and most likely on the downside," Leung said.