Trade between the Hong Kong Special Administrative Region (HKSAR) and the Chinese mainland has surged more than sixfold since the region's return to the motherland 25 years ago, official data showed. 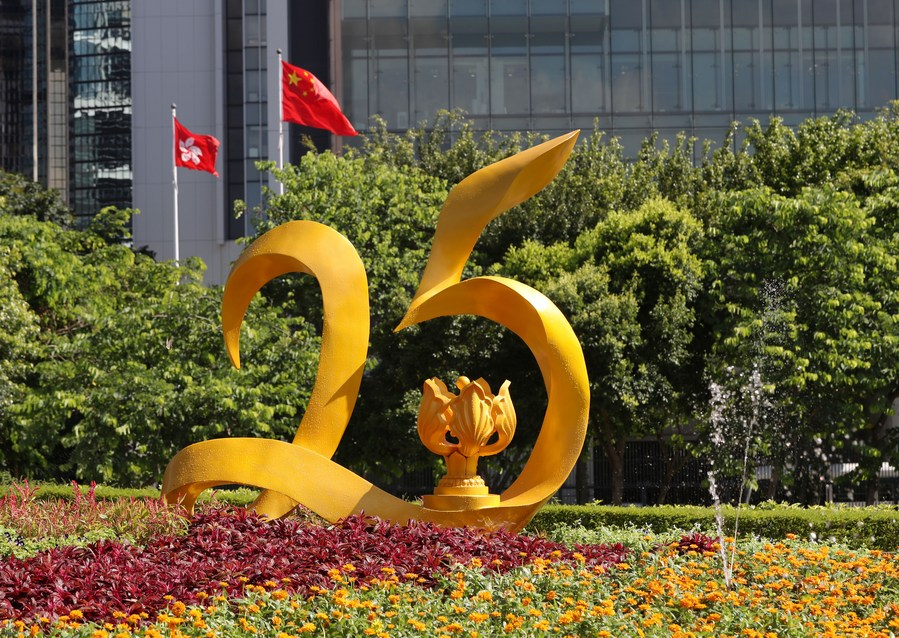 Photo taken on June 28, 2022 shows the street before the 25th anniversary of Hong Kong's return to the motherland in Hong Kong, south China. [Photo/Xinhua]

By the end of 2021, investment from Hong Kong into the mainland had topped 1.4 trillion U.S. dollars, the data showed.

Shu Jueting, a spokesperson for the commerce ministry, said at a press briefing on Thursday that economic and trade cooperation between the mainland and Hong Kong has continually deepened since 1997.

While integrating itself into the country's overall development, Hong Kong has become an important participant in domestic circulation and a key contributor connecting domestic and international circulations, she said.

Over the past 25 years, the commerce ministry has worked with the SAR government on economic and trade cooperation mechanisms, facilitated the construction of the Guangdong-Hong Kong-Macao Greater Bay Area, and supported Hong Kong's participation in the Belt and Road Initiative.

Looking ahead, Shu said that the commerce ministry will continue to support Hong Kong's economic development and the improvement of its residents' well-being, as well as the region's integration into overall national development.