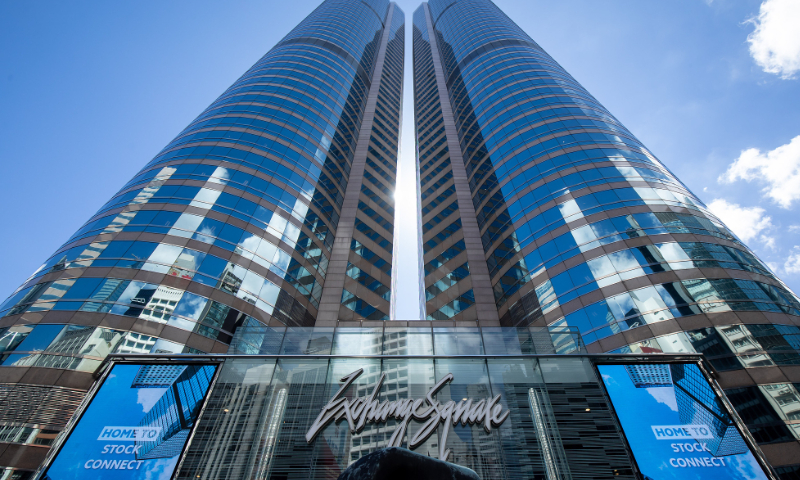 As the US' push for "decoupling" with China brings about monumental political risks for US-listed Chinese mainland firms, Hong Kong hopes to adjust some stock market rules to make it more convenient for the return of these companies, Hong Kong Special Administrative Region (HKSAR) Financial Secretary, Paul Chan Mo-po, said in a recent interview with the Global Times.

Chan said that more than 20 US-listed mainland companies are returning to Hong Kong, accounting for over 70 percent of the total capitalization of Chinese mainland firms trading in the US.

Alibaba Group made a fresh announcement on Tuesday that it will upgrade its secondary listing in Hong Kong to primary level under a new exchange procedure.

"From the national level, the US is trying to 'decouple' with China, which brings great political risk to mainland companies listed overseas. Therefore, Hong Kong hopes to adjust some rules of the stock market and welcomes the return of these firms," Chan said.

The Hong Kong Stock Exchange has optimized its listing system several times since 2018, paving the ground for attracting more firms back from overseas markets.

In April 2018, the Hong Kong stock exchange market for the first time allowed biotech companies with no operating income and some new economy companies to be listed in Hong Kong. It also accepted the secondary listing of Chinese stocks.

Since the 2018 reform, the Hong Kong stock market has shifted from a market dominated by the traditional economy to a more diversified capital ecosystem. In 2021 alone, 59 new economy companies were listed in Hong Kong, including 31 companies with weighted voting rights, healthcare and biotech companies.

Mainland companies listed in Hong Kong and the comeback of some overseas listed firms has also become a "golden magnet" for the Hong Kong stock market to attract more foreign capitals.