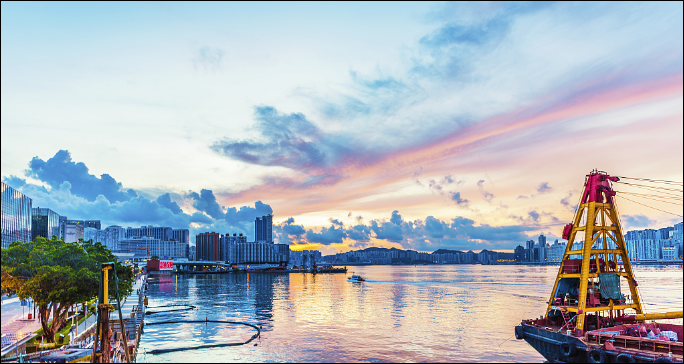 Hong Kong has been ranked among the top 3 global financial hubs, following New York and London, according to the 25th edition of the Global Financial Centers Index report launched on Monday in Dubai.

Following Singapore, Shanghai grabbed fifth position on the list ahead of Tokyo, Toronto and Zurich, according to the report jointly released by the city of London's think tank Z/Yen Group and Shenzhen's China Development Institute.

The index tracked 112 financial centers globally, with 102 centers in the main index and 10 in the associate list, according to their business environment, human capital, infrastructure, financial sector development and reputation.

Shanghai ranked first as the city with best future prospects over the next two to three years, and other Chinese cities including Qingdao, Chengdu, Hong Kong, Shenzhen and Beijing were among the top 15 financial hubs that will become more significant.

Shanghai and Shenzhen were also included in the top 15 most competitive global financial hubs for the FinTech industry, based on questionnaire responses.

Z/Yen Group released the first edition of the GFCI in March 2007 and partnered with CDI in July 2016 to produce the GFCI as a valuable reference for policy and investment decisions.