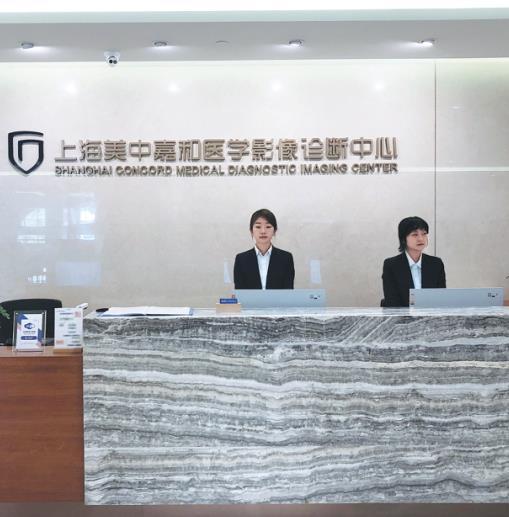 Five of the seven hospitals benefiting from social capital investment totaling more than 12 billion yuan ($1.7 billion) in the phase-one project of the New Hongqiao International Medical Center are scheduled to open by the end of next year. All patients visiting the hospitals specializing in different areas, including tumors, plastic surgery, pediatrics, obstetrics and gynecology, will be able to access a shared facility center with cutting-edge technologies for medical examinations.

The Shanghai Concord Medical Diagnostic Imaging Center, part of the shared facility center, will offer access to internationally leading PET-MRI equipment used for the physical examination of patients suffering from tumors in their livers, breasts and heads, experts said.

"A patient needs to be injected with only one-third of the amount of a certain drug before taking the PET-MRI examination compared with that required by a PET-CT checkup, which makes it safe even for pregnant women and young children," said Zhang Xiaojian, a doctor from the imaging center.

There are only three such devices in Shanghai and no more than 20 nationwide, he added.

There is also an advanced digital radiography system, which can eliminate the effect of overlapping tissue information and thus enhance the ability to detect a lesion, at the center.

"It can also strengthen the display of the spine as well as tissue behind the heart and the diaphragm, which is important for patients suffering from congestive heart failure," Zhang said.

The shared facility center comprises medical technologies and supportive services, including labs, an imaging center, and a pharmacy.

The Hongqiao branch of Huashan Hospital affiliated with Fudan University, which boasts strong medical strength and facilities in neurosurgery and trauma treatment, was put into use in the Hongqiao area, which is located in the western part of Shanghai bordering the municipality's neighboring Zhejiang and Jiangsu provinces, in June last year.

More than 50 percent of the 12,000 inpatients in the past year and a half came from areas of the delta region outside Shanghai, according to the hospital.

A development plan regarding the Yangtze River Delta region unveiled in December by the country's central government announced that the overall layout of first-class medical and healthcare resources in large cities would be promoted to expand the coverage of high-quality medical institutions.

The plan aims to boost vitality in the region, which is about the same size as Germany and encompasses Jiangsu, Zhejiang and Anhui provinces as well as Shanghai and contributes roughly a quarter of the country's GDP and one-third of foreign trade and investment.

A McKinsey report showed that 300 million people from 15 nodal cities, 55 medium-sized cities and more than 1,000 towns can reach the New Hongqiao International Medical Center, which is a 10-minute drive from the Hongqiao transportation hub, within three hours.