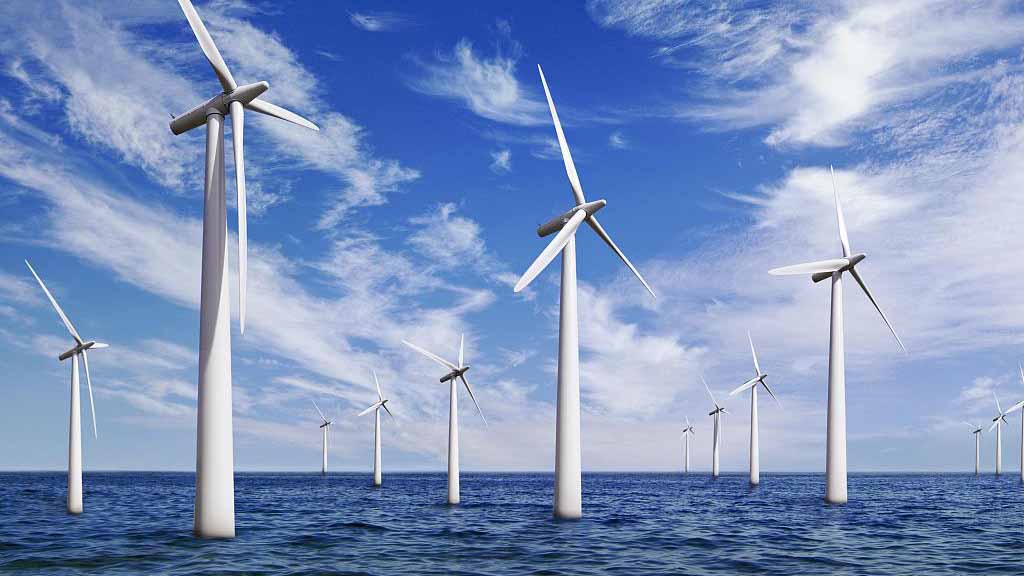 The British offshore wind power industry has taken off in recent years. The industry is trying to use shallow waters and high winds to create ideal conditions for a clean energy source, hoping to combat climate change.

Hornsea One in the UK is one of the world's biggest offshore wind farms. Giant wind turbines were built in the sea off the northeast coast of England. Next to it will soon be Hornsea Two, and analysts say that it will be even bigger.

"The power will be produced obviously by capturing the wind, so that's the great thing, it's a completely green energy source, so with no costs to generate. It's 1.4 gigawatts of power – now that's enough for 1.3 million homes," said Patrick Harnett, program director of the Hornsea Project Two.

Harnett said that the wind power has absolutely zero carbon and could land in a very environmentally friendly way.

The UK government is offering subsidies to attract investment in the sector. The government said that it targets to power all homes from wind by 2030 – upping production to 40 gigawatts. The ultimate aim is to replace dirty fossil fuels like gas to reach net zero emissions by 2050.

"I think a long-term, stable, clear policy has really helped the certainty for investors and also it helped to bring those prices down. And that's allowed wind to sort of start taking the share that coal and natural gas were producing," said Jess Ralston, analyst from Energy and Climate Intelligence Unit.

Although conservationists warn of risks for birds and want turbines kept away from migrating flocks, there's plenty of public support for projects like Hornsea Two which boost local economies.

Analysts said that as construction of this giant wind farm moves ahead, the government's wind power goals are getting closer.