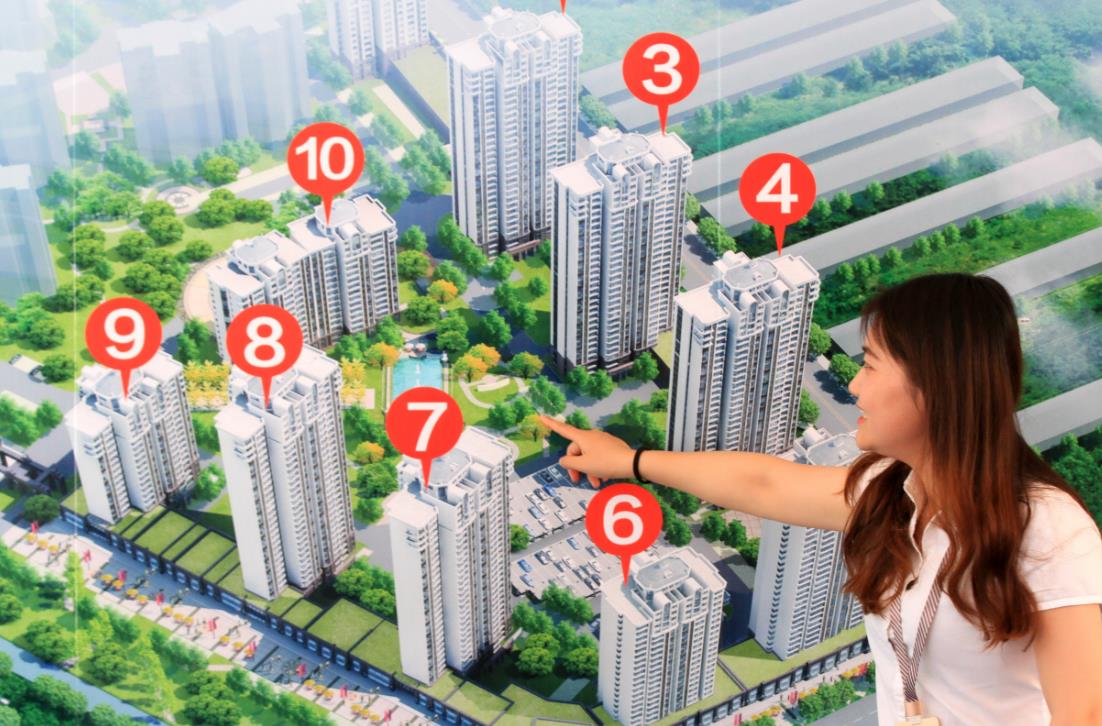 According to the housing price data of 70 major Chinese cities released by the National Bureau of Statistics on Thursday, house prices for newly built property in the first-tier cities of Beijing, Shanghai, Guangzhou and Shenzhen saw 0.3 percent growth in July compared to the month before, mainly powered by price rises in Beijing and Guangzhou.

Among the 70 cities listed by the NBS, 31 second-tier cities saw 0.7 percent monthly growth in newly built property, down 0.1 percentage point from a month earlier.

"According to the house price index, the 70 cities saw an overall 0.6 percent monthly growth and 10.1 percent yearly growth in newly built house prices," said Yan Yuejin, director of the Shanghai-based E-house China Research and Development Institution. "Both figures indicated a slowing upward trend in house prices, as the effort to stabilize house prices, market expectations and market order has paid off."

Yan noted that Pingdingshan in Henan province was the city with the biggest monthly growth in new property prices in July, as the city's average price for new housing grew 1.6 percent.

"The housing policies were relatively loose in cities such as Pingdingshan," he said.

"With Pingdingshan topping the list, other smaller cities also saw mild growth in house prices. The local government needs to strengthen regulations in these cities."

For pre-owned property, in July, Shanghai, Guangzhou and Shenzhen all saw a growth in prices respectively by 0.4 percent, 0.4 percent and 0.7 percent compared to June. The 31 smaller cities saw similar trends as the average price rose by 0.4 percent month-on-month, up 0.1 percentage point from the month earlier.

Yan said July was the peak season for the housing rental market. As rent went up during summer, the prices of pre-owned property tended to go up as well.

"A total of 70 cities saw an average 0.4 percent monthly growth in pre-owned property prices," Yan said. "But the growth rate was smaller compared to the same period last year, thanks to the tightened regulation since May."

"The local governments have been aiming to stabilize land prices, house prices and market expectations, implementing a long-term mechanism for real estate regulation in July to sustain the stable development of the property market," said Liu Jianwei, a senior statistician at the NBS.