BUSINESS Housing inventories in major Chinese cities down 8.2 percent year-on-year in May

Housing inventories in major Chinese cities down 8.2 percent year-on-year in May 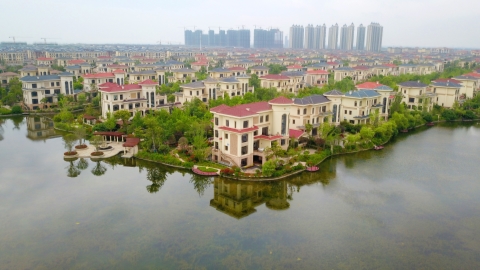 A total of 73 surveyed cities registered inventory declines, with the coastal city of Dalian in Northeast China's Liaoning Province shedding 53 percent of unsold houses in the largest drop.

On a year-on-year basis, floor space of unsold new homes in first-tier cities dropped 3.1 percent last month, while that for second-tier cities plunged by 10.3 percent, and third- and fourth-tier cities decreased 6.1 percent.

Yan Yuejin, a researcher with the institute, attributed the inventory decrease to destocking measures taken by local authorities and fast-turnover approaches by real estate enterprises. Over 40 cities unveiled a total of 50 property market regulations in May, a monthly record for frequency, according to the latest statistics from Centaline Property.