How Belt and Road helps global recovery amid COVID-19 pandemic

As the COVID-19 pandemic is dragging the global economy into a deep recession, the Belt and Road Initiative, with the participation of overseas Chinese enterprises, have rekindled some hope.

Serving as an international platform for cooperation, the Belt and Road has played a vital role in assisting the fight against the pandemic and stabilizing global supply and industrial chains.

In a phone conversation held in March with Italian Prime Minister Giuseppe Conte, Chinese President Xi Jinping said China is willing to work with Italy in global efforts to combat the epidemic and create a Silk Road of Health.

On April 14, a China-Europe freight train loaded with much-needed medical and industrial supplies arrived in the western German city of Duisburg. 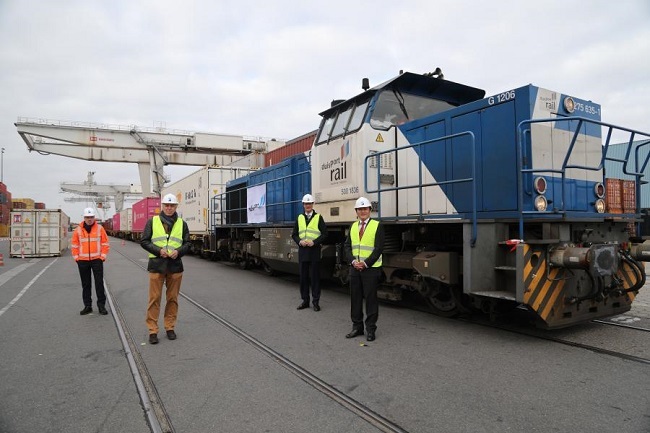 Noting the difficulties facing German citizens because of the pandemic, Transport Minister of the German State of North Rhine-Westphalia Hendrik Wuest said the goods transported from China, especially medical materials, were of vital importance.

In the first half of 2020, China-Europe freight trips rose 36 percent year-on-year to 5,122, transporting 3.67 million pieces and 27,000 tons of anti-pandemic materials to European countries, including Italy, Germany, France, Spain, Poland and Hungary.

Complaining about the massive disruption of the supply chains caused by COVID-19, Michael Schumann, board chairman of the German Federal Association for Economic Development and Foreign Trade, said "in this sense the Belt and Road Initiative can of course make an important contribution to the future."

The ancient Silk Road has become both a cargo lifeline and a bond of solidarity.

Soon after Iraq reported its first COVID-19 case, a Chinese medical team consisting of seven experts arrived in the Iraqi capital of Baghdad on March 7. Days later, a Chinese-built lab for coronavirus testing was inaugurated in the war-torn country.

"The Chinese experts are very supportive and helpful," lab director Mohammed Ghanim Mahdi said. "When they were here, they gave us all the technical training we need. This can be a treasure for us."

Keshmeer Makun, a lecturer at the University of the South Pacific, said the pandemic has strengthened, not restrained, cooperation under the Belt and Road framework.

The World Bank Group predicted that the global economy will suffer the deepest recession since World War II with a 5.2-percent drop in GDP this year, a figure that highlights the urgent need for the resumption of production.

With strict protective measures, overseas Chinese workers are joining hands with their local colleagues to speed up the construction of landmark projects across the world. 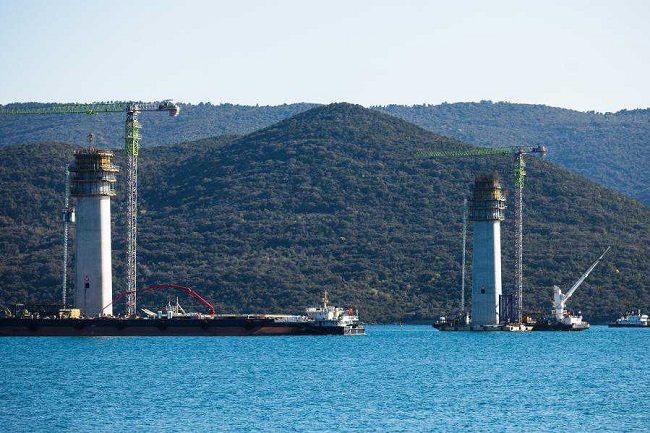 The Peljesac Bridge near Komarna is under construction, in Croatia, April 17, 2020.

Since being discharged on Aug. 22 from a 14-day quarantine after their arrival, over 140 Chinese workers have been devoted to the construction of Peljesac Bridge, the biggest infrastructure project in Croatia.

Construction of the bridge, once delayed by the pandemic, is set to pick up speed, thanks to the output of those welders.

"We can't emphasize more on the significance of the bridge to the Croatian people and also to us," said Lu Shengwei, representative of the Chinese construction team. "Everyone knows that the EU-funded bridge that links Croatian territories has been entrusted with a Chinese company."

In Cambodia, despite all the obstacles brought by the pandemic, Chinese and Cambodian workers are forging ahead with the construction of the country's first expressway.

Connecting the capital city of Phnom Penh and the deep-sea port province of Preah Sihanouk in southwestern Cambodia, the 2-billion-U.S.-dollar Chinese-invested expressway is expected to become the artery of Cambodia's economy. 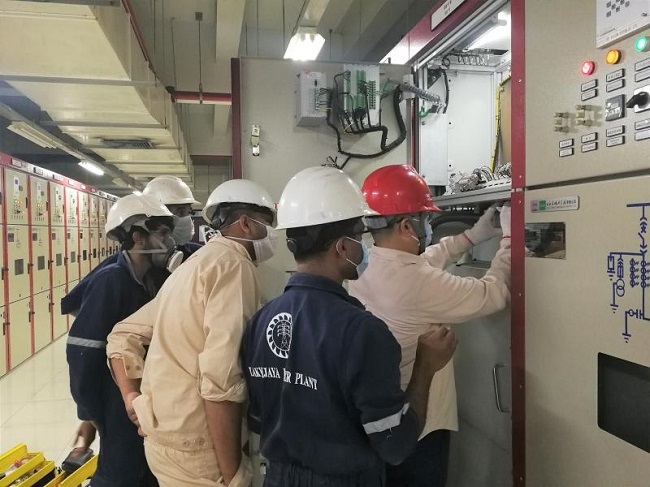 "We understand the significance of this expressway and clearly know our responsibilities," said Xu Song, foreman of a construction team of 280 workers on the project. "During this special period, applying strict measures to prevent COVID-19 and advancing the construction steadily are our priorities."

In Sri Lanka, a Chinese operation and maintenance team has been doing its utmost to ensure the normal operation of Lakvijaya Power Station, a Chinese-built power plant that provides about 40 percent of the nation's electricity supply.

Pang Tusheng, a technician of the team, said he planned to return to China to attend his daughter's wedding, but the pandemic changed his plans.

"Under such circumstances, we should stick to our posts because it's a significant task to maintain the smooth operation of the power station," said Pang.

Following the epidemic, China has rushed to the rescue of those in need, upholding the vision of a community with a shared future for mankind.

"The right approach to tackling global crises and realizing long-term development is through greater connectivity, openness, and inclusiveness," Xi said on June 18 in a written message to the High-level Video Conference on Belt and Road International Cooperation.

China will work with its partners to develop the Belt and Road into a model of cooperation, a model of health, a model of recovery, and a model of growth, Xi said.

China's vision for a shared future and its proposals to jointly build the Belt and Road have been welcomed by experts around the globe. 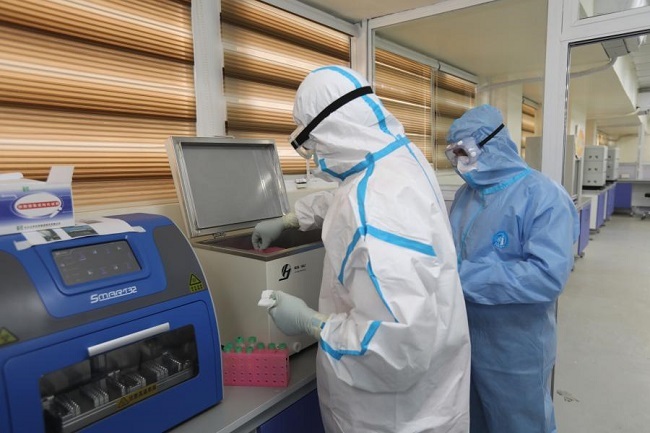 Charles Onunaiju, director of the Center for China Studies in Abuja, Nigeria, said Xi's remarks have given African countries full confidence in defeating the pandemic.

"The Belt and Road, in which Africa is considerably engaged, will play a pivotal role in global recovery" in the post-pandemic era, said Onunaiju.

Pavle Basic, member of the Serbia National Council for Coordination of Cooperation with Russia and China, said Serbia has given its full support to the Belt and Road.

"We deem the initiative as one of the most significant initiatives on the global arena, which will contribute to the creation of worldwide partnerships in all areas," said Basic.

Yu Xiong, professor with Surrey Business School at the University of Surrey, said "in the current complex international environment, China's clear layout of future plans brings strong confidence to people at home and abroad who are concerned about China's development."

"Many countries share the vision that, China, whose economy has begun to steadily recover, can lead them to develop and face the next challenges together," the professor said.